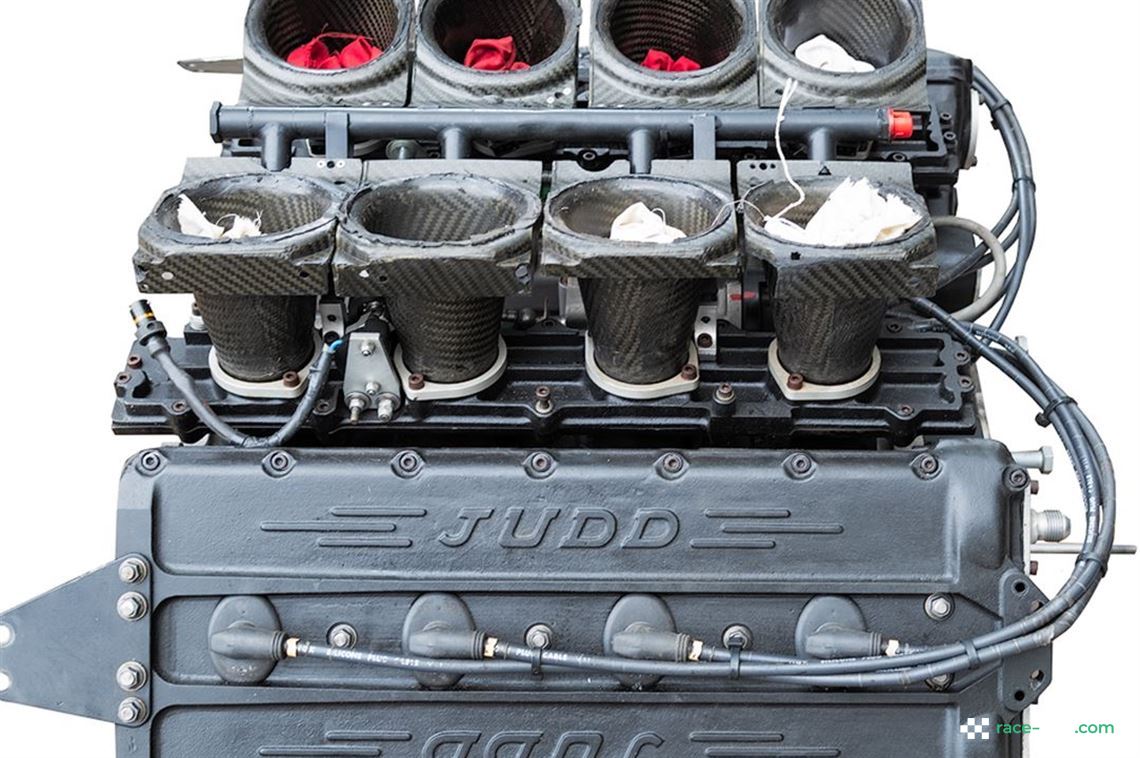 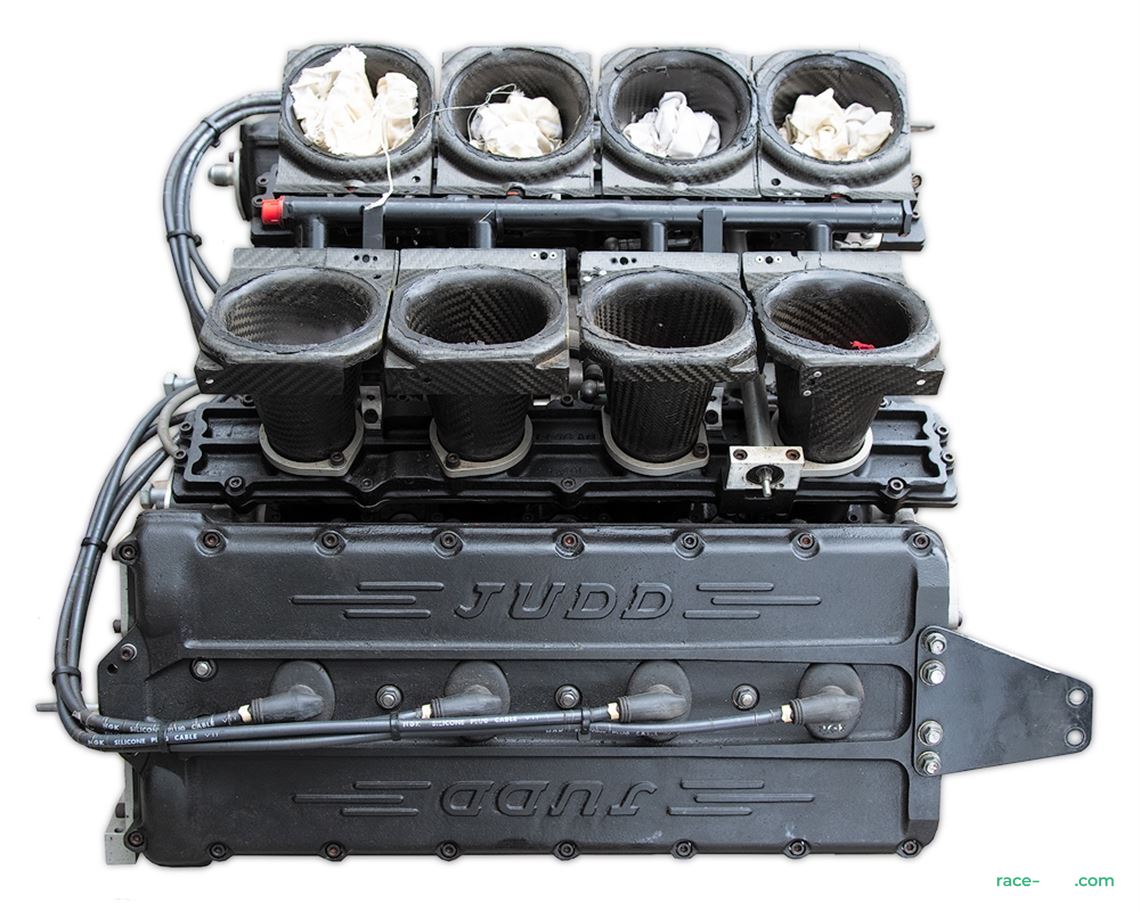 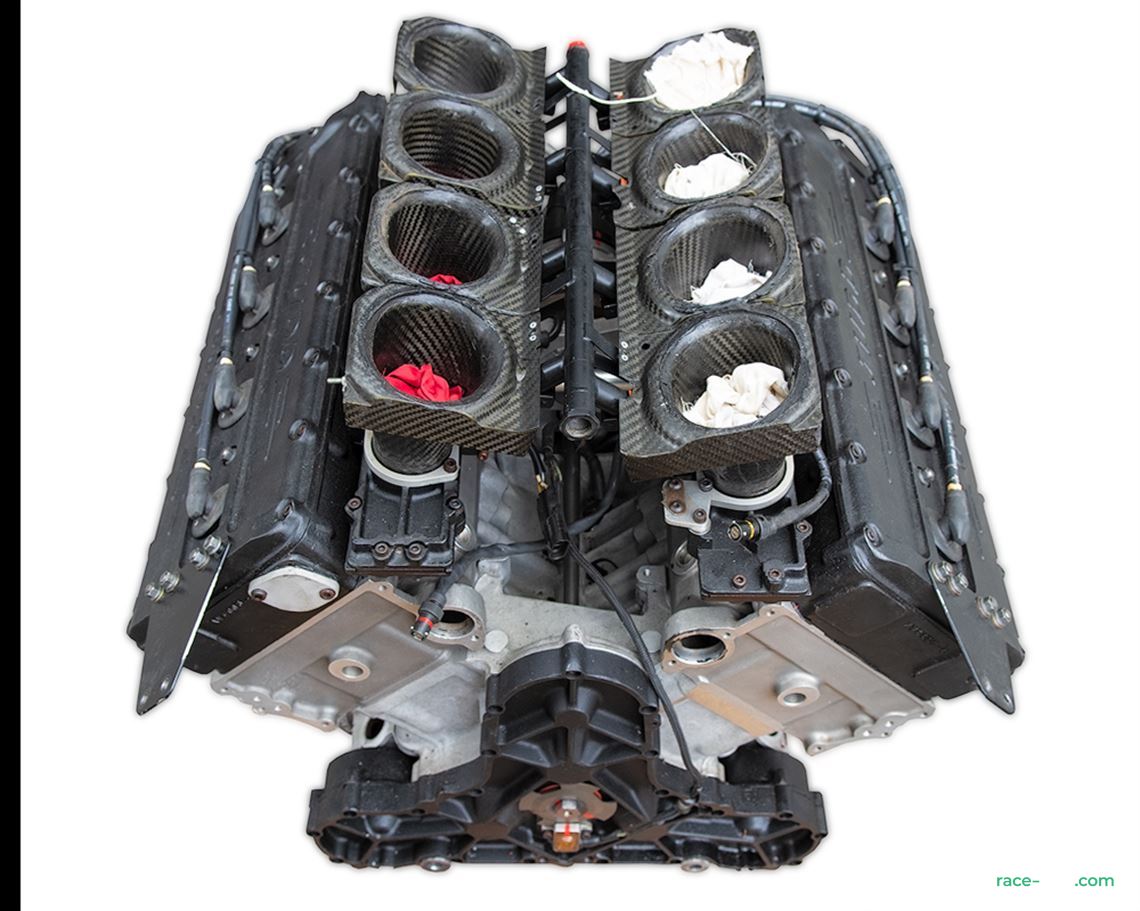 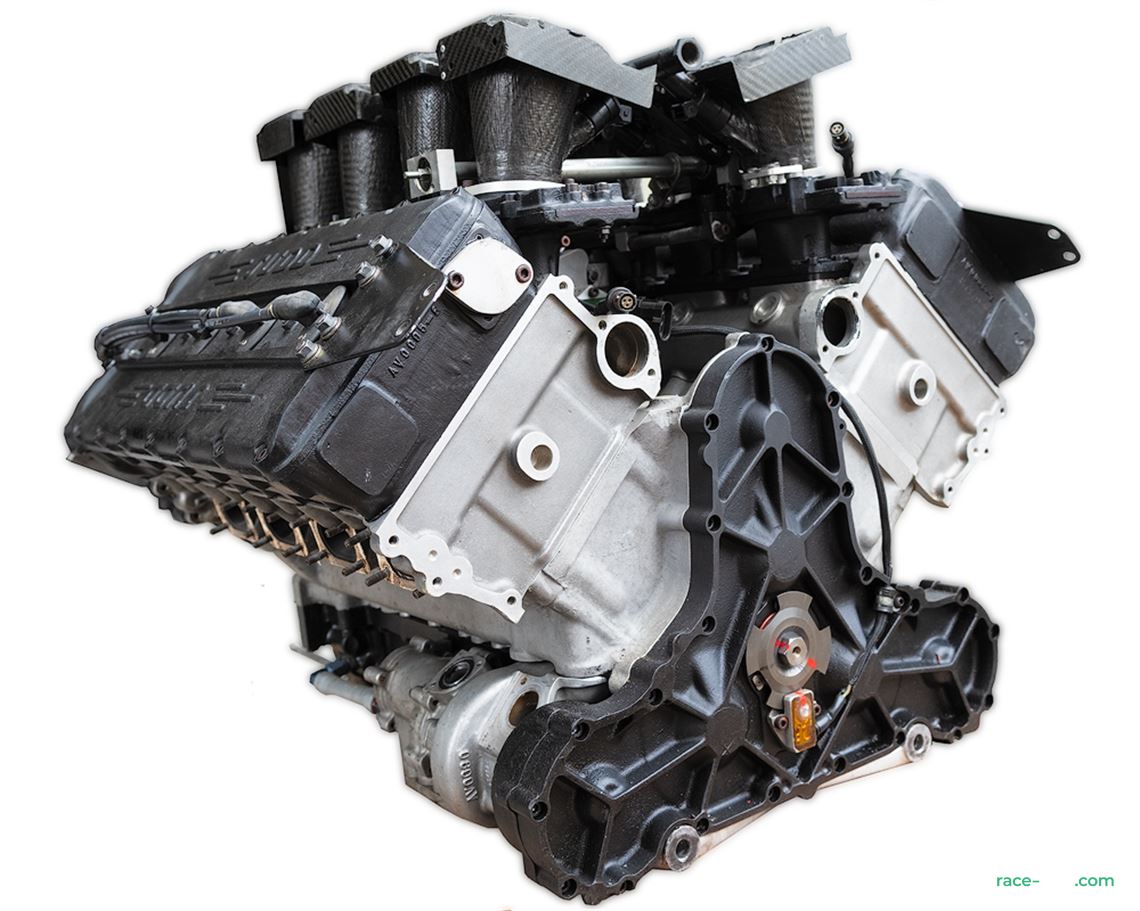 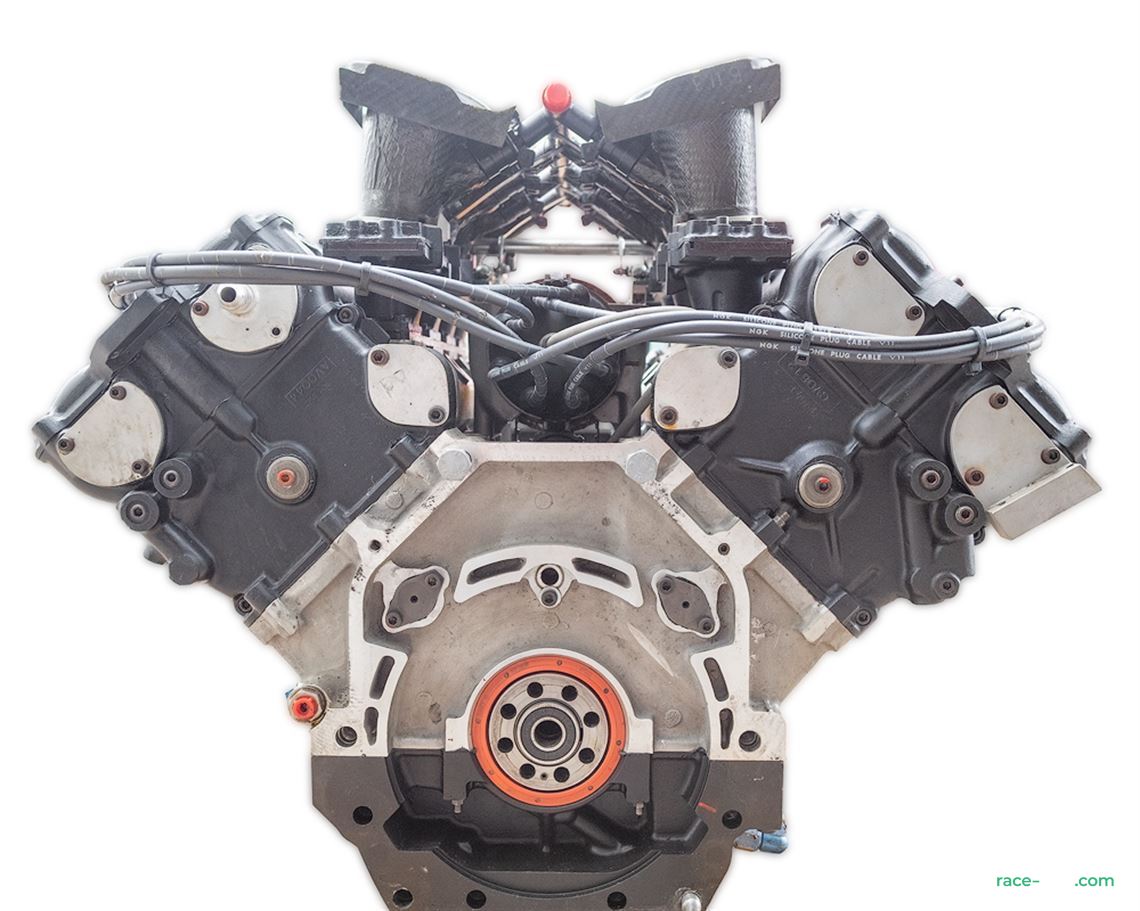 This engine has had a full rebuild and the Block is new.
A wonderful engine and completely fresh.
A brief history:
The first Formula One engine developed by Judd, the CV, was built to the 3.5-litre engine formula for naturally aspirated engines.
The engine shared many design features with the Judd BV engine, but was expanded to 3.5 litres.
March Engineering was the first team who signed to use the Judd CV.
Reigning World Constructors' champion Williams was later forced also to turn to Judd, after they lost their supply of Honda engines for 1988. In addition, Ligier also bought CVs for use in the 1988 season.
Judd-powered cars finished in podium positions four times during their debut season, with Williams' lead driver, Nigel Mansell, scoring Judd's first podium when he finished second at the 1988 British Grand Prix.
During the 1988 season, the 600 bhp (447 kW; 608 PS) Judd V8 was commonly the fastest of the non-turbo engines, and the Marches of Ivan Capelli and Maurício Gugelmin regularly recorded higher speeds through the speed trap than the Cosworth DFR- and DFZ-powered cars with Gugelmin recording the fastest "atmo" speed trap of the season when he hit 312 km/h (194 mph) during qualifying for the German Grand Prix at Hockenheim (though this was still considerably slower than the turbo-powered McLaren-Hondas which were timed at 333 km/h (207 mph)).
At the 1988 Japanese Grand Prix Capelli's Judd-powered March 881 became the first naturally-aspirated car to lead a lap of a Grand Prix since 1983, when he briefly passed the McLaren of two-time World Drivers' champion Alain Prost for the lead on lap 16 of the 51 lap race.
For the 1989 season, Judd developed the all-new narrow-angle Judd EV, with a more compact 76-degree V angle, rather than the more conventional 90 degrees of the Judd AV/BV/CV, and the Cosworth DFV series.
Construction of the CV continued as a cheaper alternative for smaller teams.
Team Lotus and EuroBrun were the only CV customers, with Lotus finishing sixth in the Constructors' Championship. EuroBrun was originally the only team to continue with the CV unit into 1990, but Life eventually bought CV units to replace their failed in-house W12 engine design.
F1 TEAMS SUPPLIED:​
* Leyton House
* Ligier
* Canon Williams
* Camel Team Lotus
* Andrea Moda
* Tyrrell
* Danka Arrows Yamaha 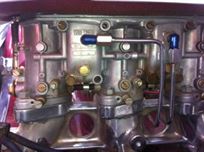 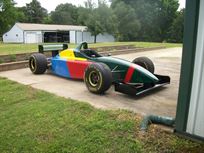