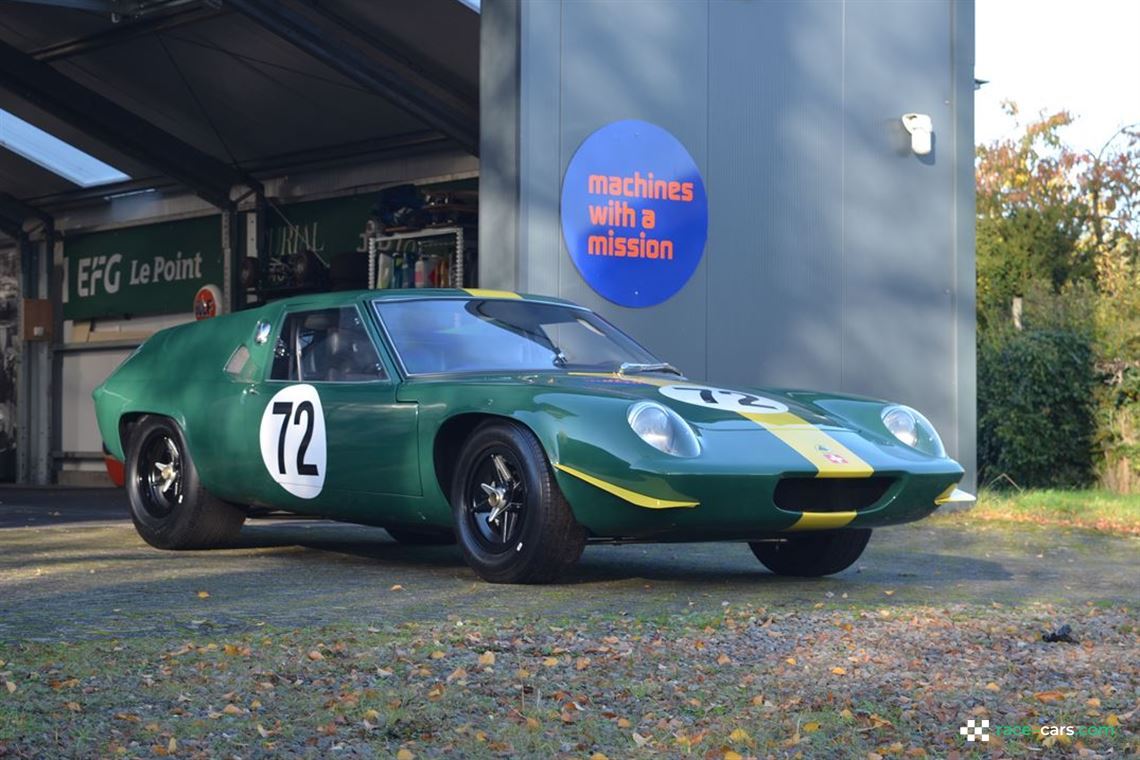 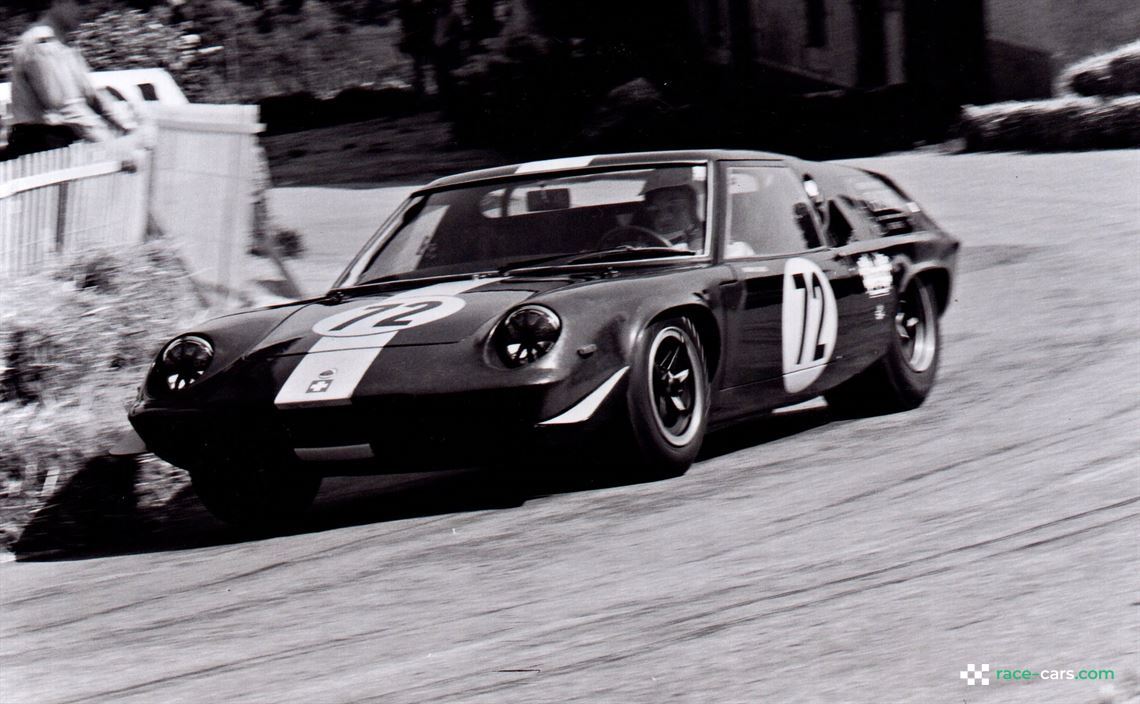 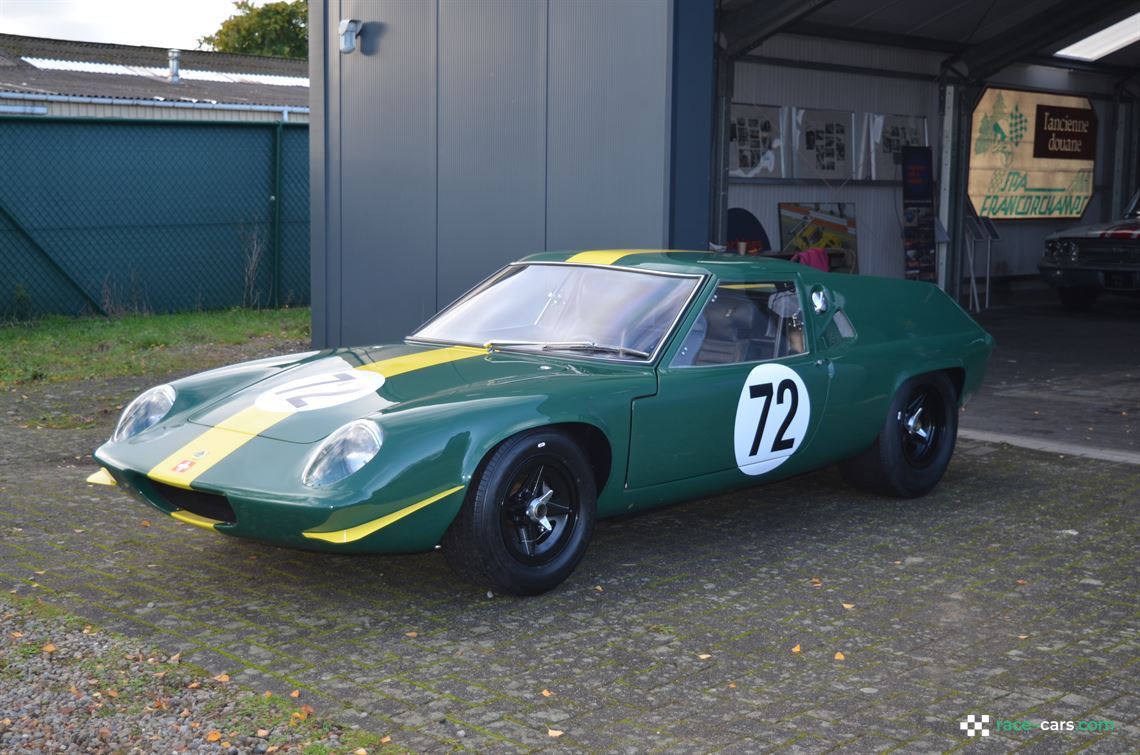 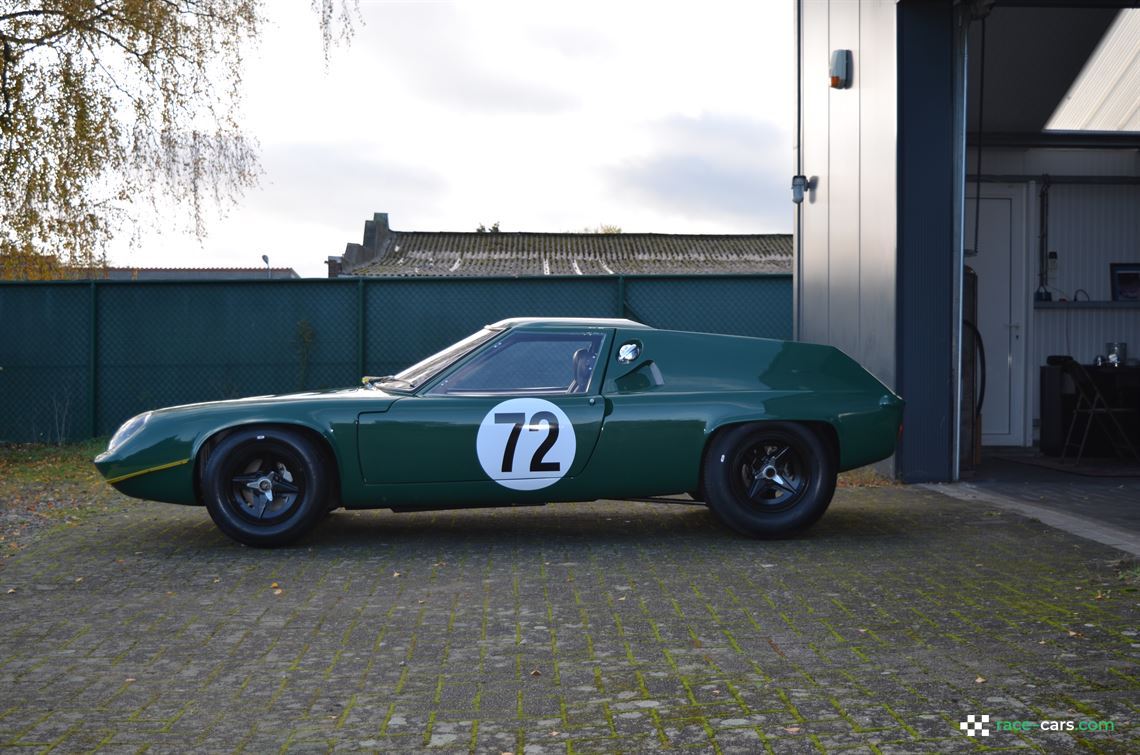 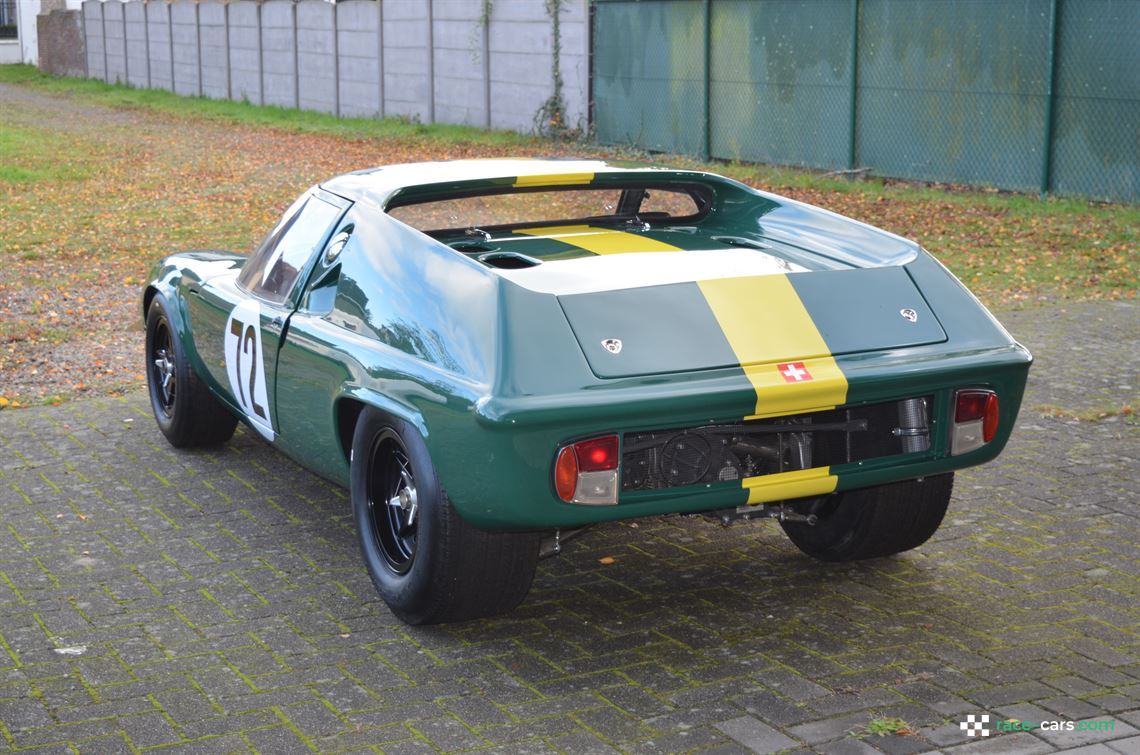 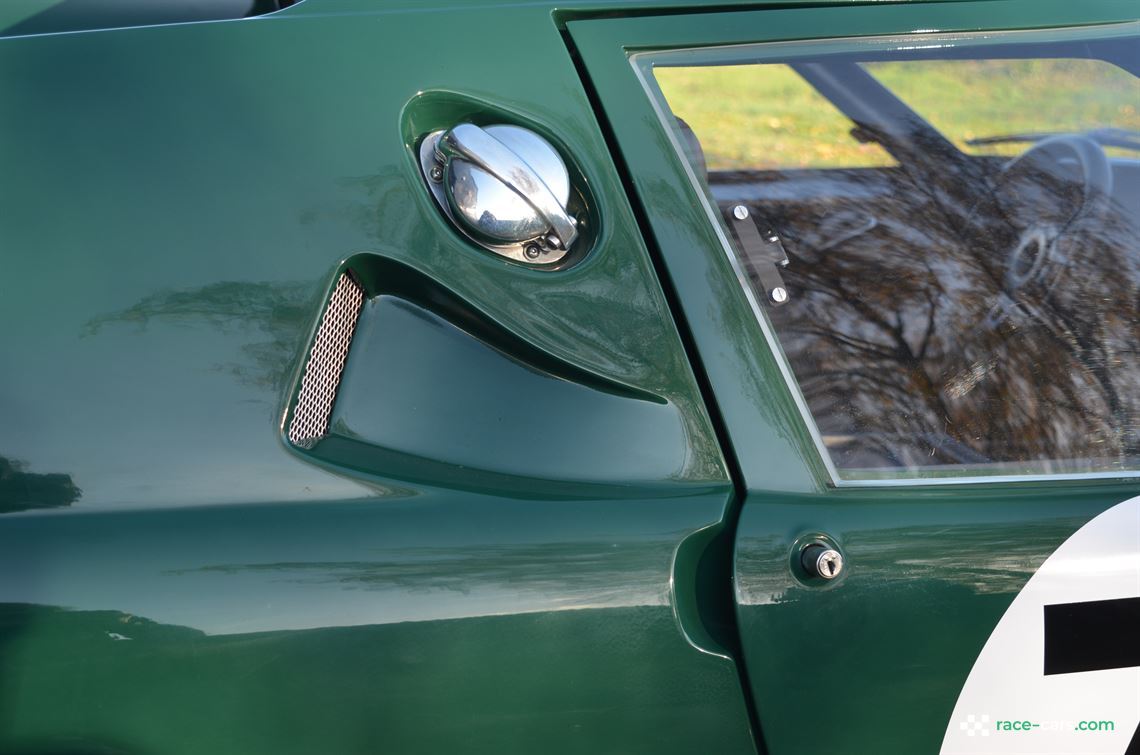 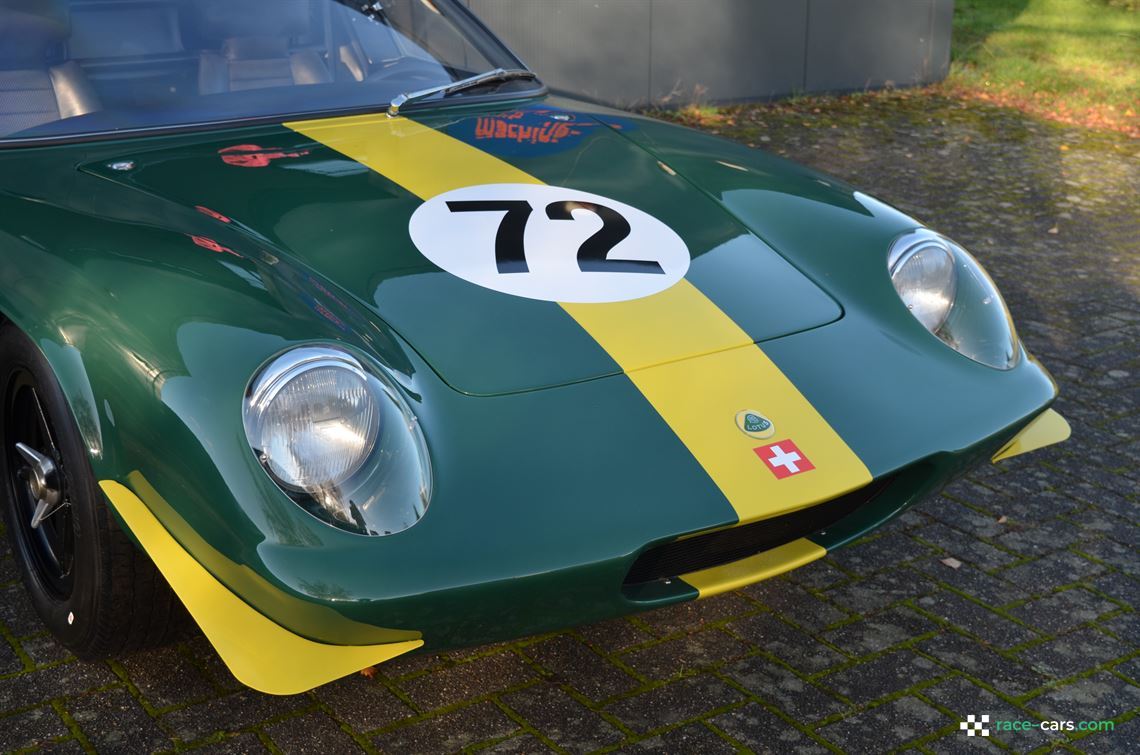 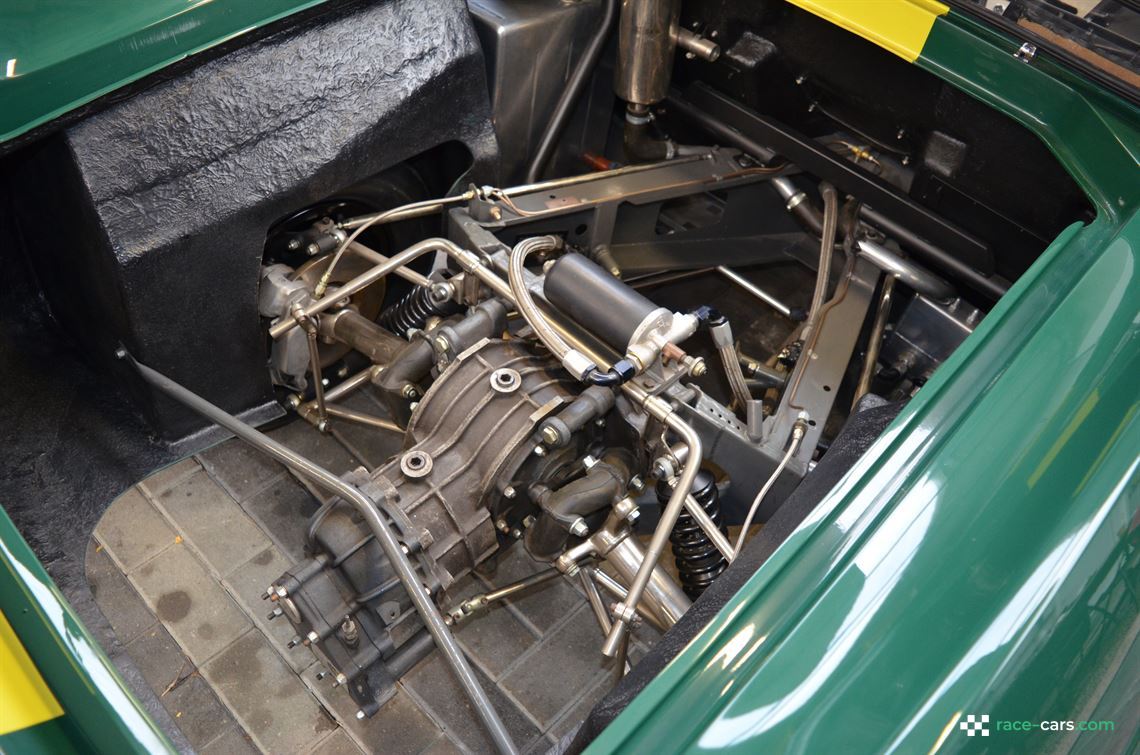 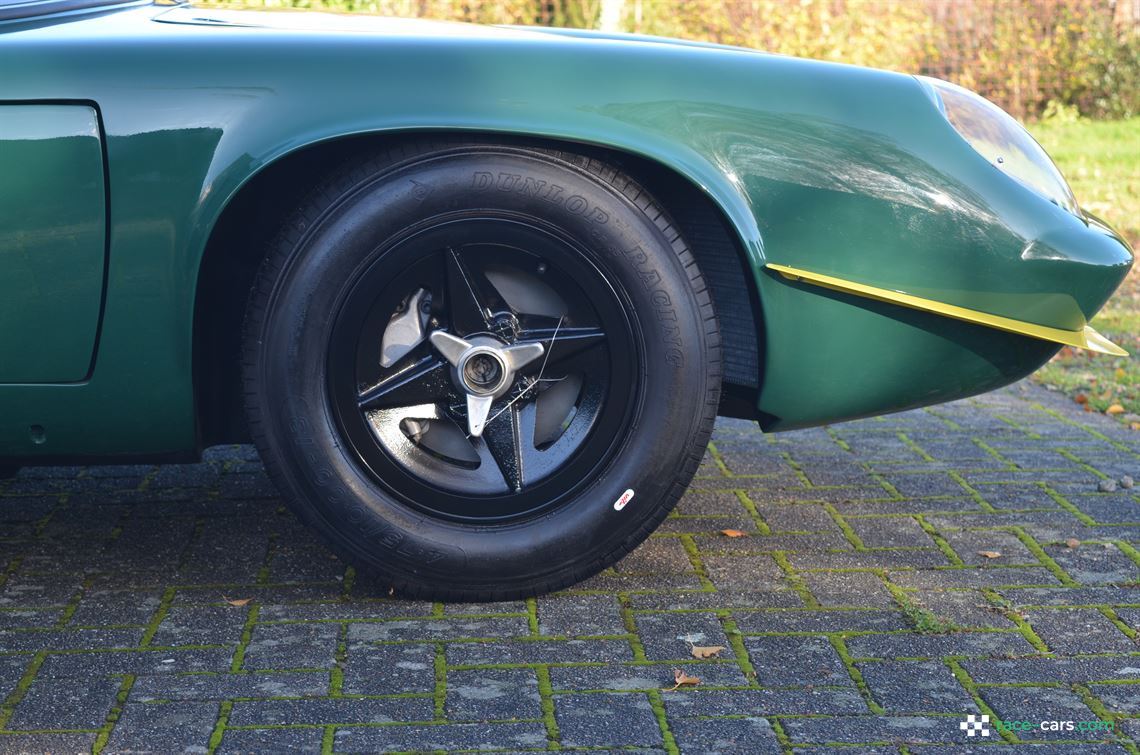 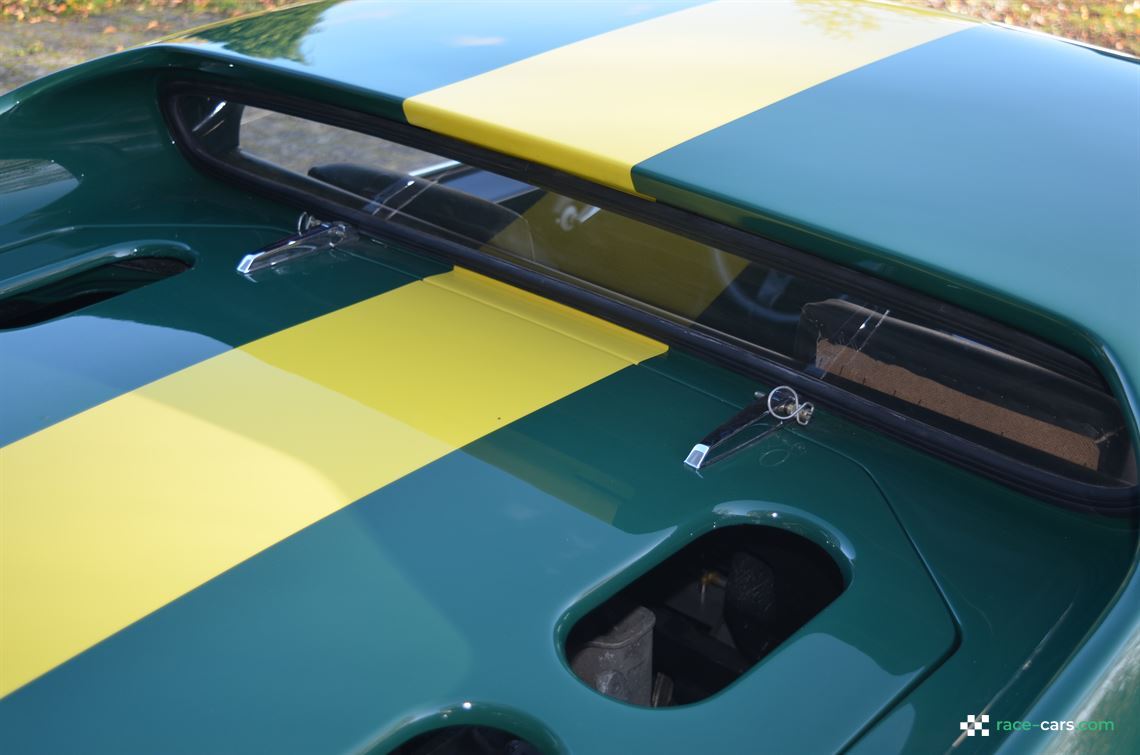 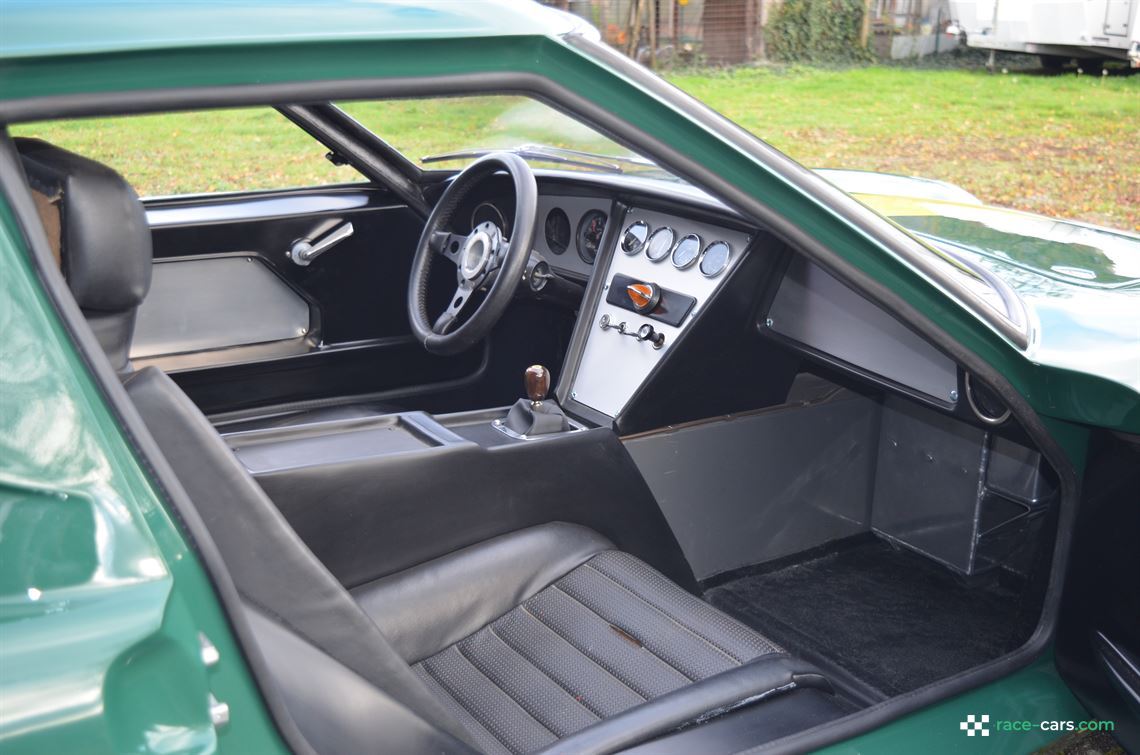 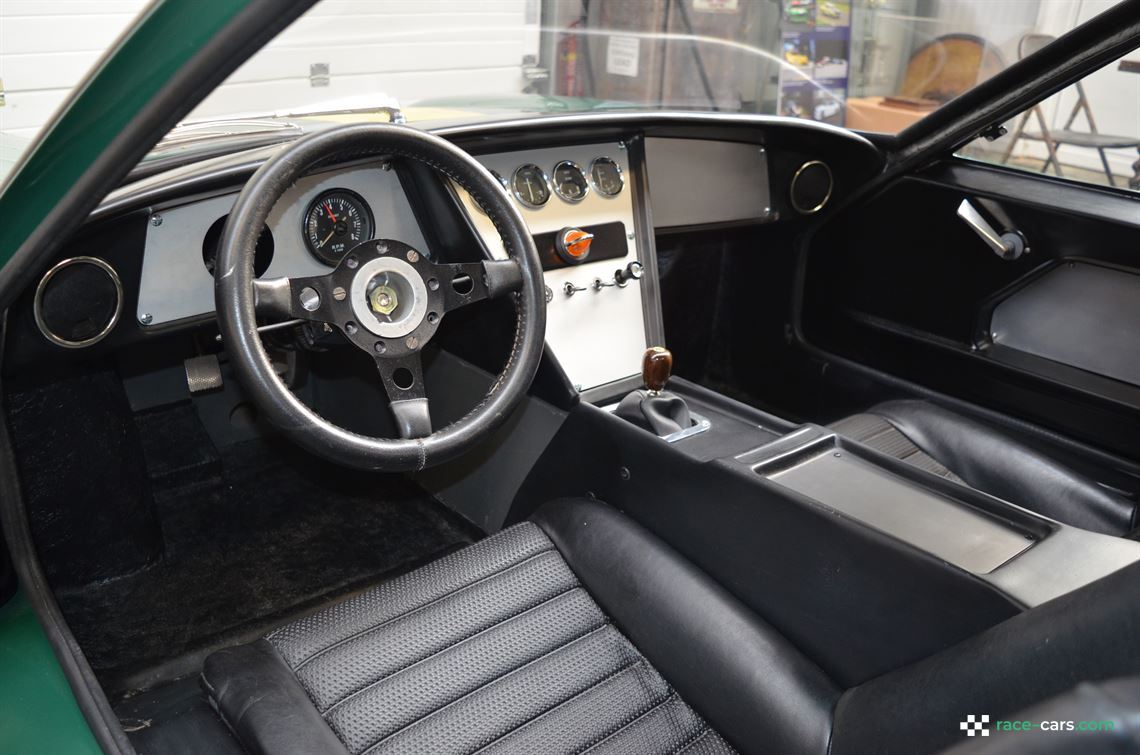 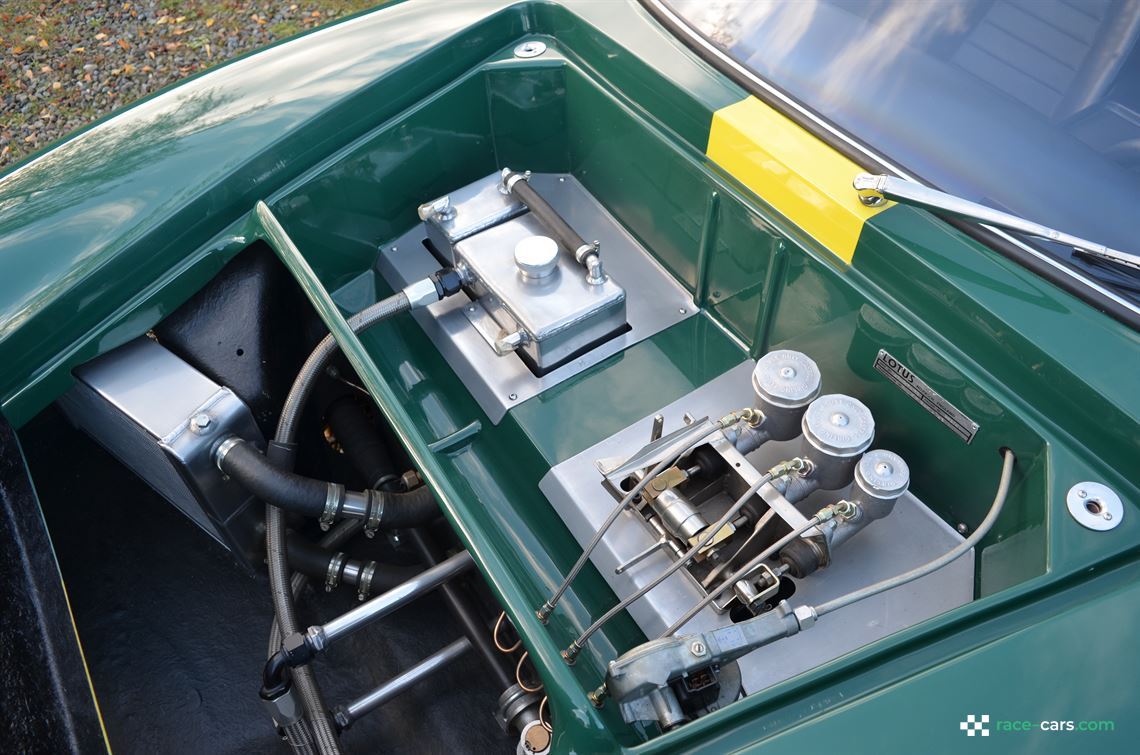 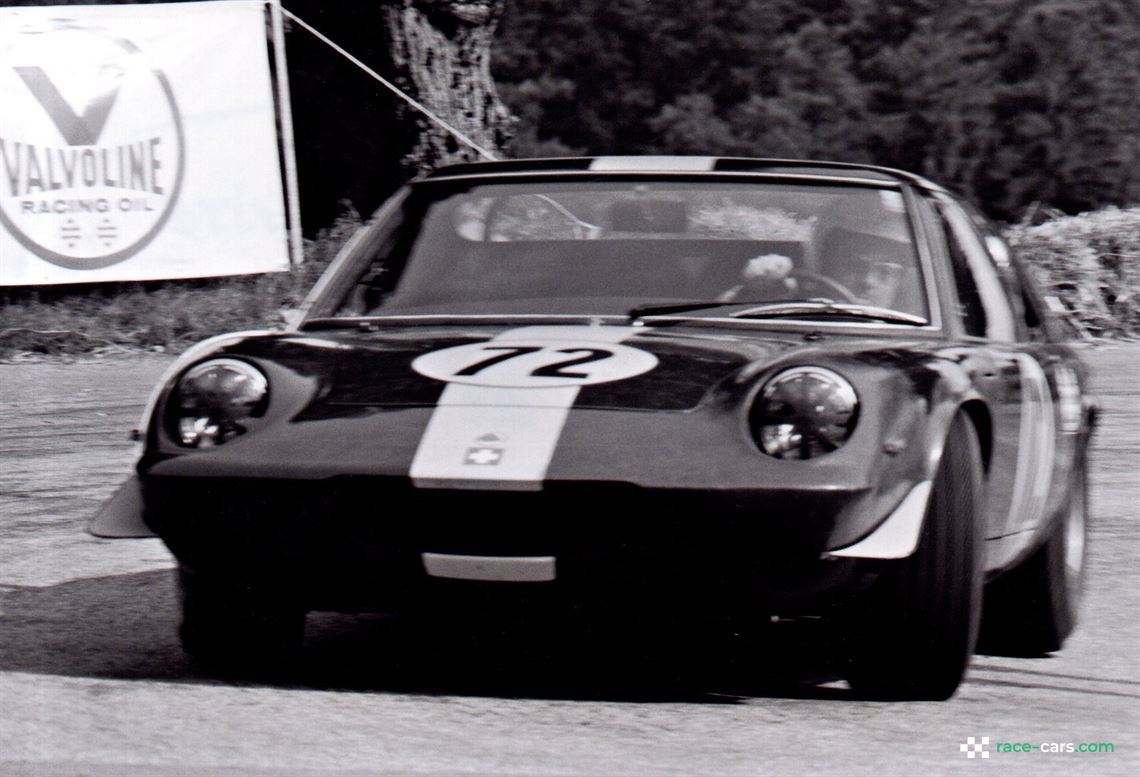 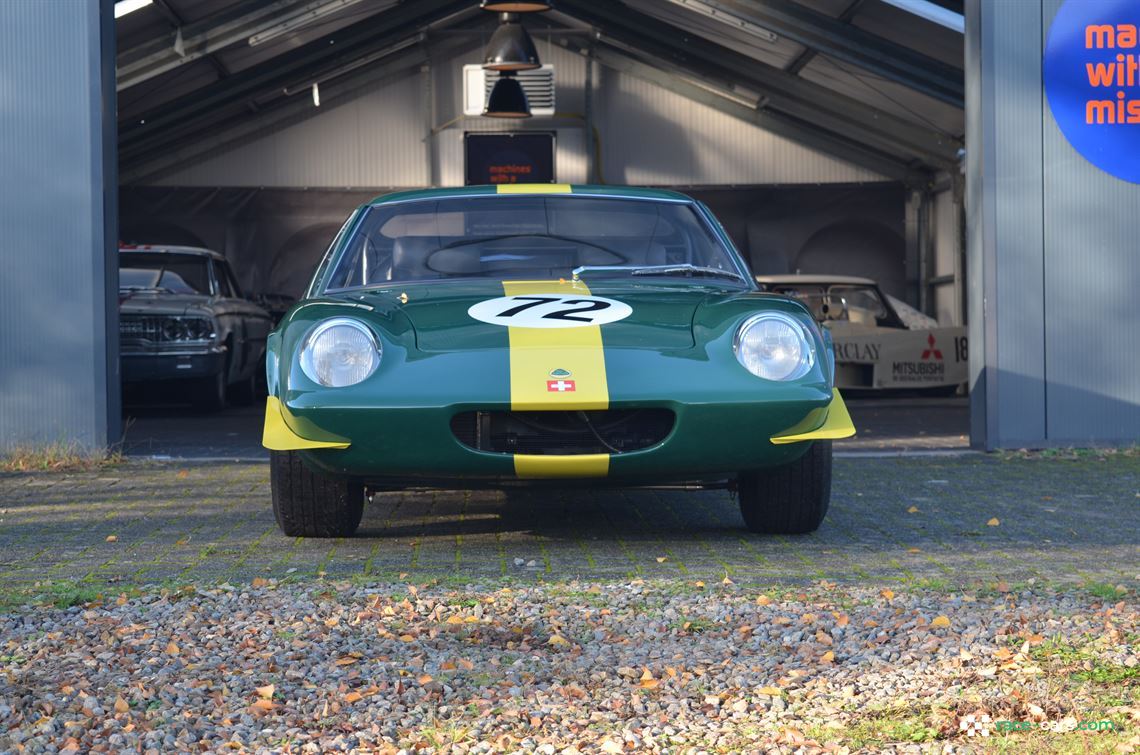 Developed by Lotus Components Ltd, the 47 was a pure competition car built for homologation in Group 4 as a Two-Seater Sports Car.  They competed at events through Europe in the late 60’s including Le Mans, the BOAC 6 hours at Brands Hatch, Sebring, Daytona, Watkins Glen Nürburgring, Spa, The Targa Florio and many other international races and rallies.

#47/GT/73 was delivered on 5 July 1968 to Mr Antonin Chalut of Geneva Switzerland who campaigned the car in Hilclimbs in Switzerland and circuit races in France. Early 1969 two yellow aluminum winglets were added to the front and for the 1971 season Mr Chalut replaced the Lotus Twincam engine with a Cosworth FVA (Four Valve 1600cc) engine.
In 1971 Mr Chalut hired the services of professional Swiss driver Mr Jacques Cochet who drove the car amongst other events in the International GP D’Auvergne at Circuit Louis Rosier in France.
Mr Chalut sold the car in 1972 to Mr Gerard Pillion and Mr Denis Pioton who did not use the car and sold it on to Mr Waldo Schibler, proprietor of the ex-Jo Siffert INTERSPORTS Garage Fribourg. Many Pictures from this period exist and show the car getting wider rear tires, wheel arches, a rollbar and various sponsor decals whilst maintaining its original Lotus Green/Yellow livery.

Later in the Seventies Mr. Schibler sold the car to Mr Rolf Wurst of Heidelberg who participated in 36 events between 1977 and 1983. Mr Wurst describes a car with lots of power, adequate brakes and the great advantage that one could adapt the gearbox ratios to every situation where the opposition had to stick to the standard homologated transmission. He reports constant competitiveness even in the late 80’s and all events/results are documented.

Two German owners followed until the late 90’s when the car was acquired by a Danish collector who commissioned an extensive full body-off professional restoration by marque specialists Kelvedon Lotus of the UK.
The car retains its original chassis that was inspected, found straight, and X-Ray crack tested.
The level of the restoration is of the highest technical as well as cosmetic quality.

The car comes with two binders including extensive information, full uninterrupted provenance, correspondence, race results and a full set of invoices from the restoration.
A Swiss motorsports photographer found over 30 pictures of the car in period and remembers it as a very fast and well-known car.