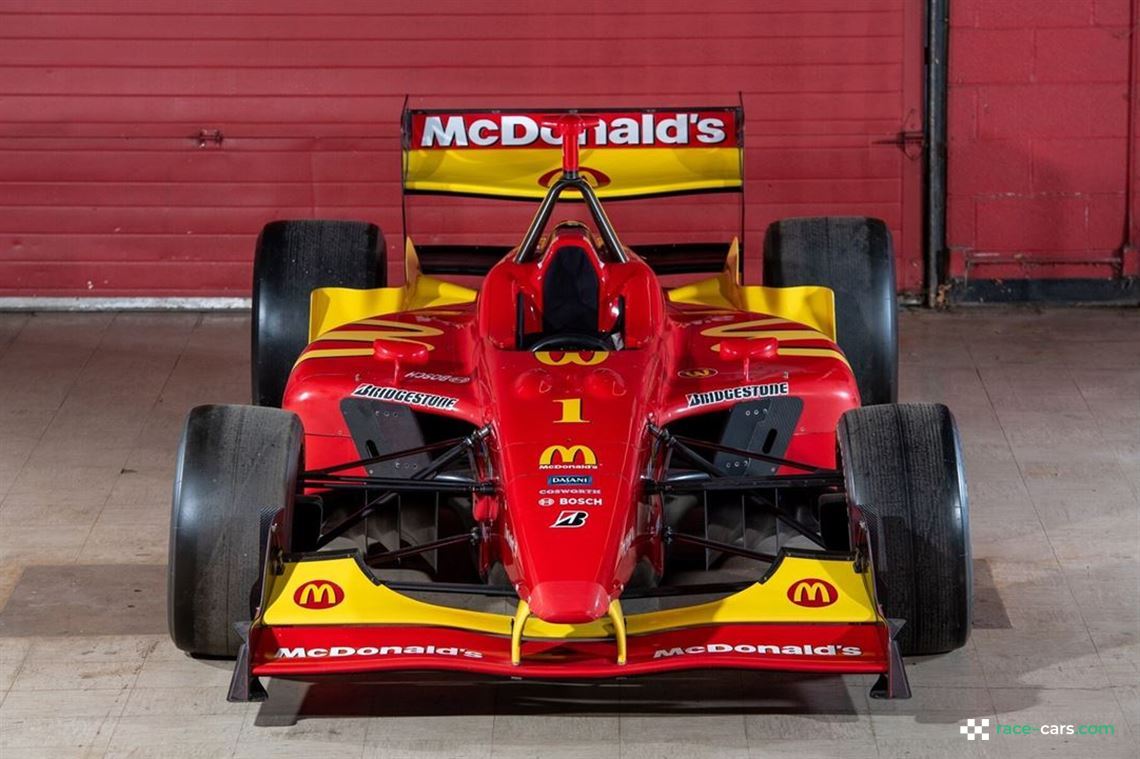 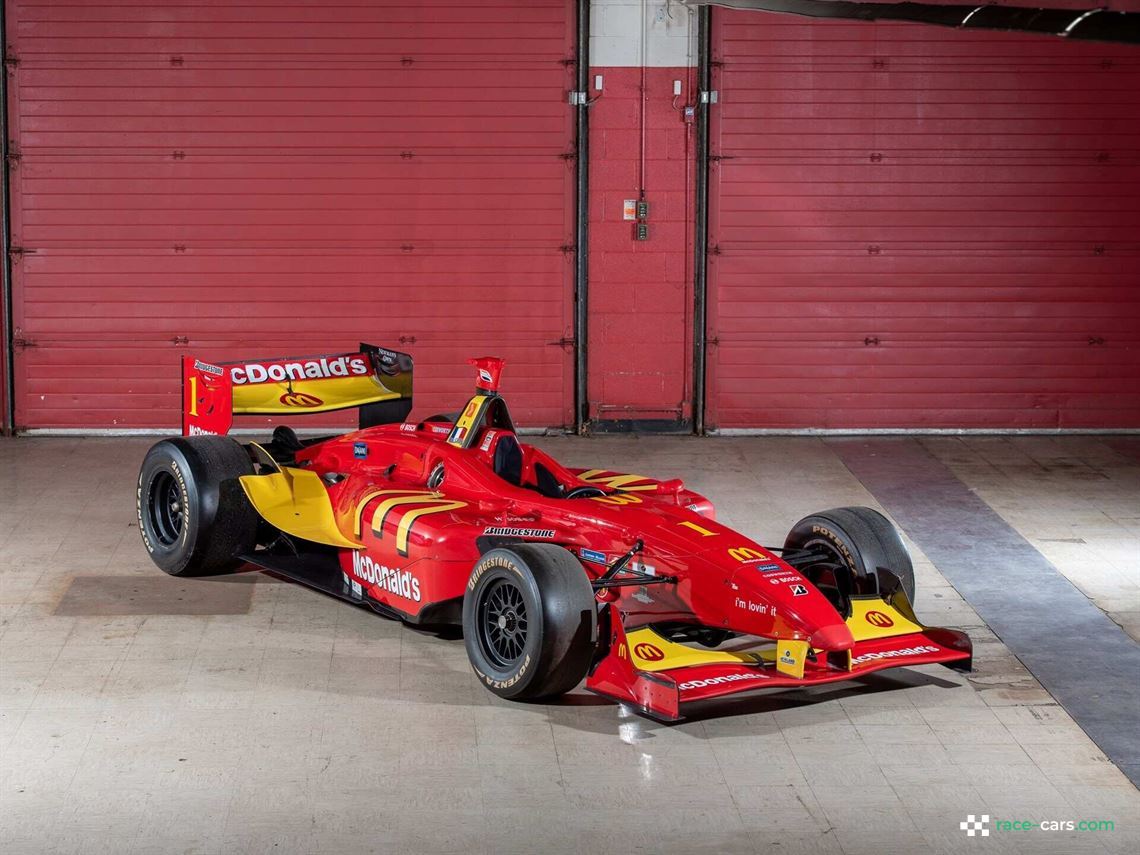 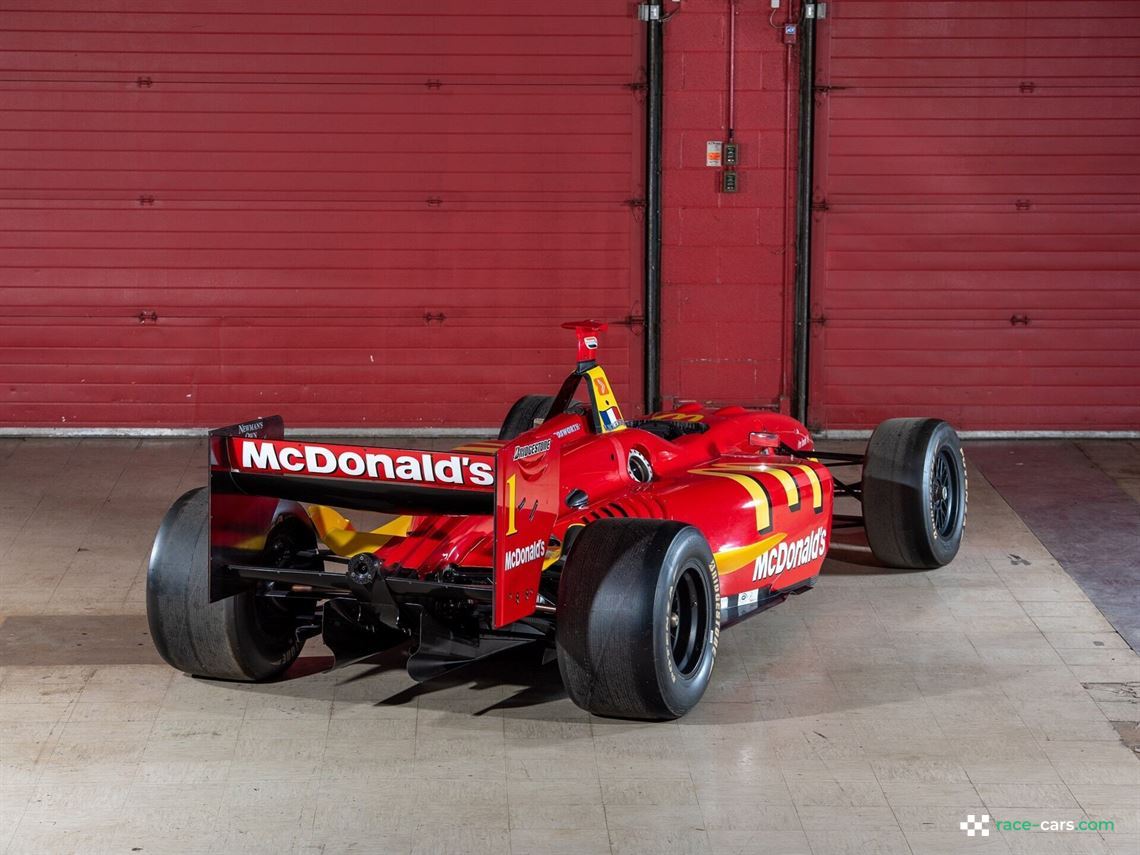 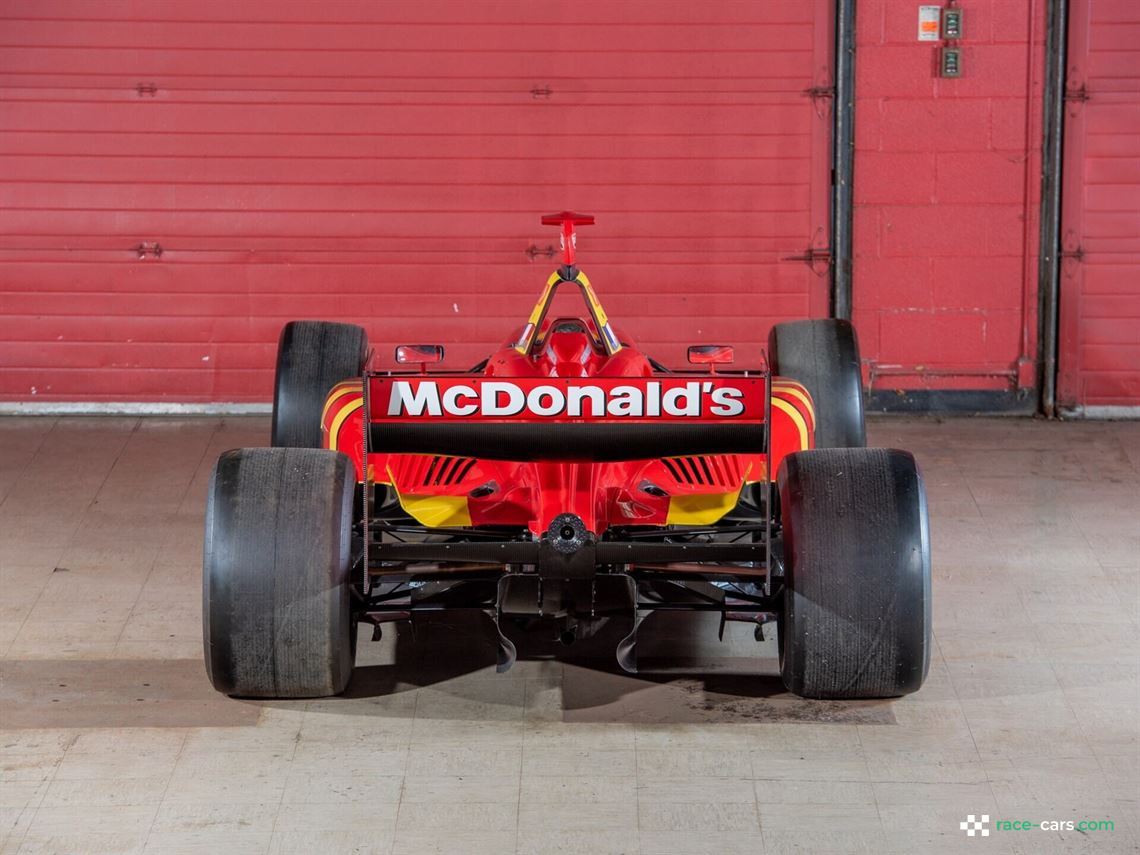 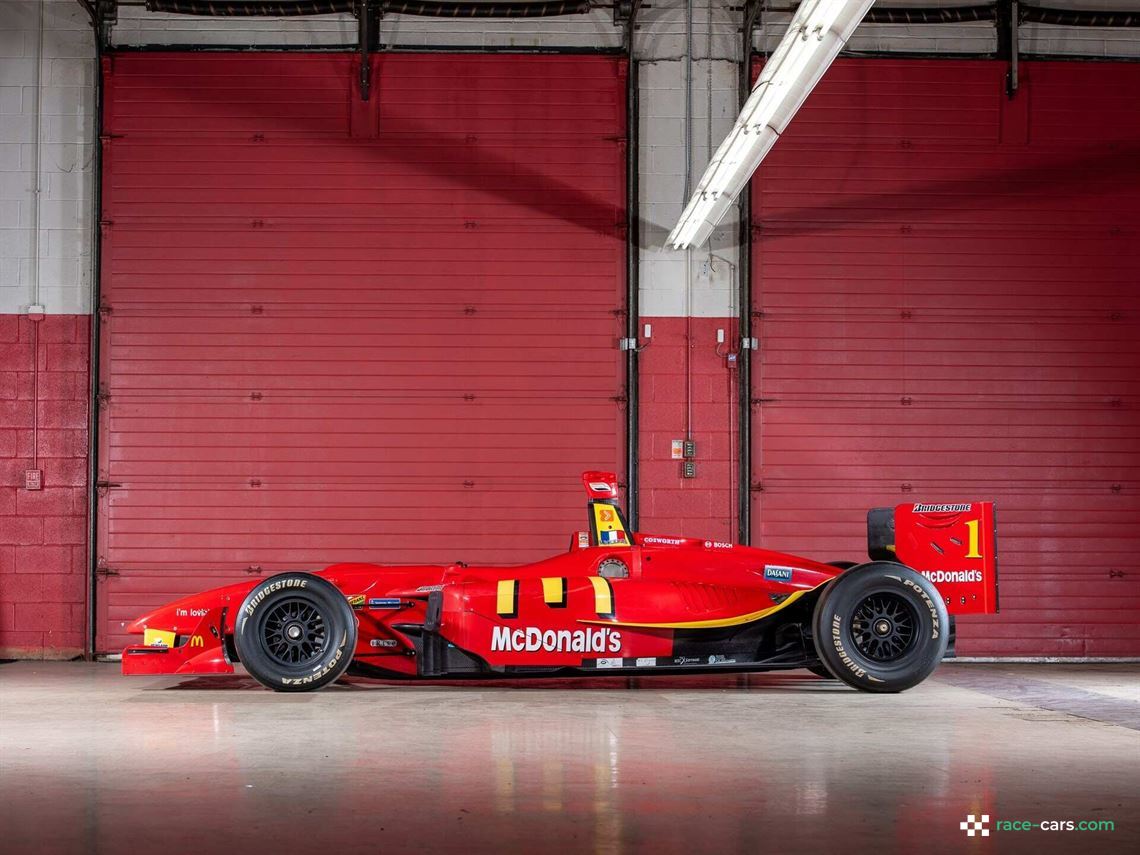 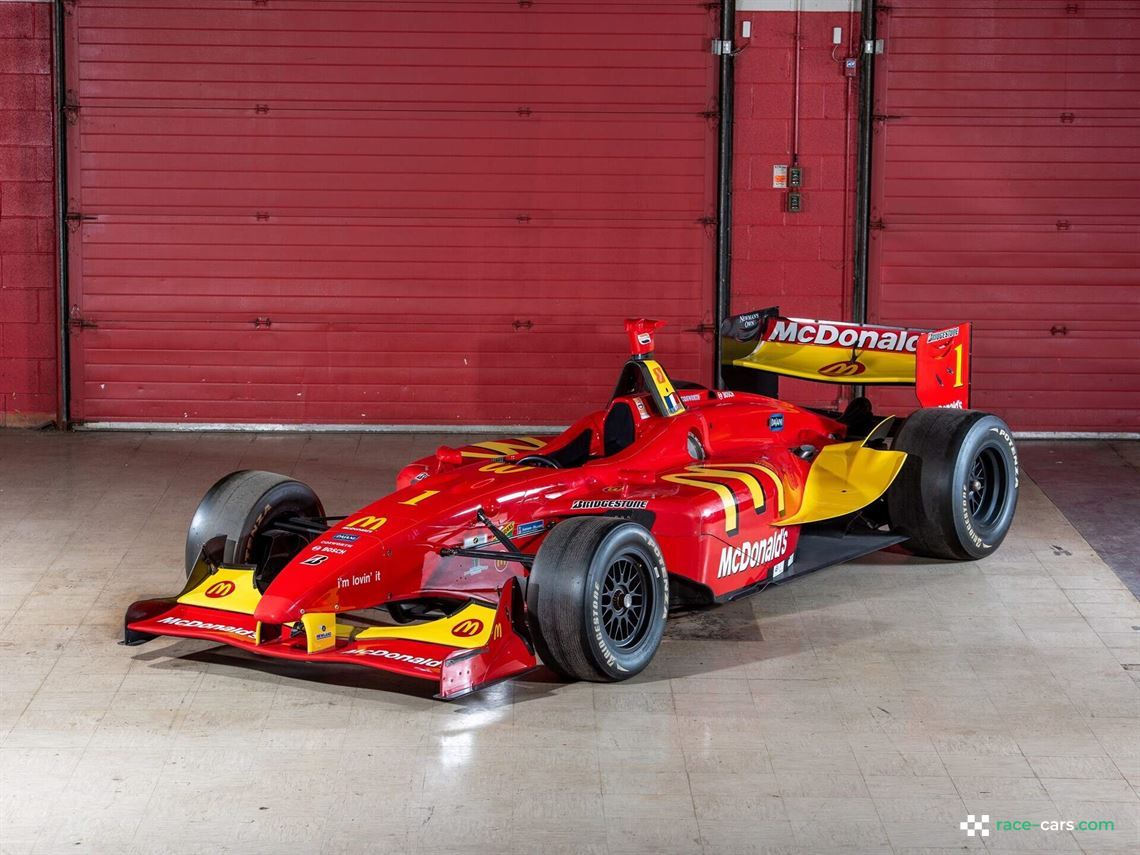 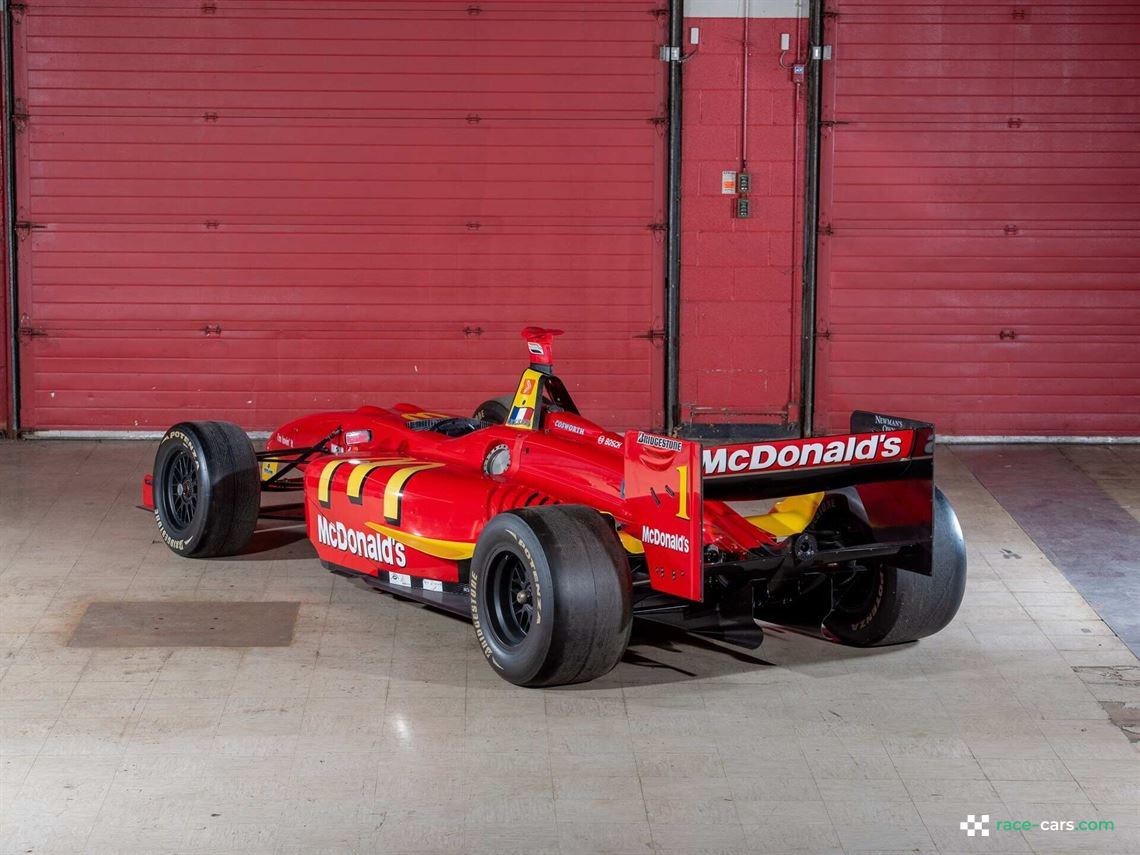 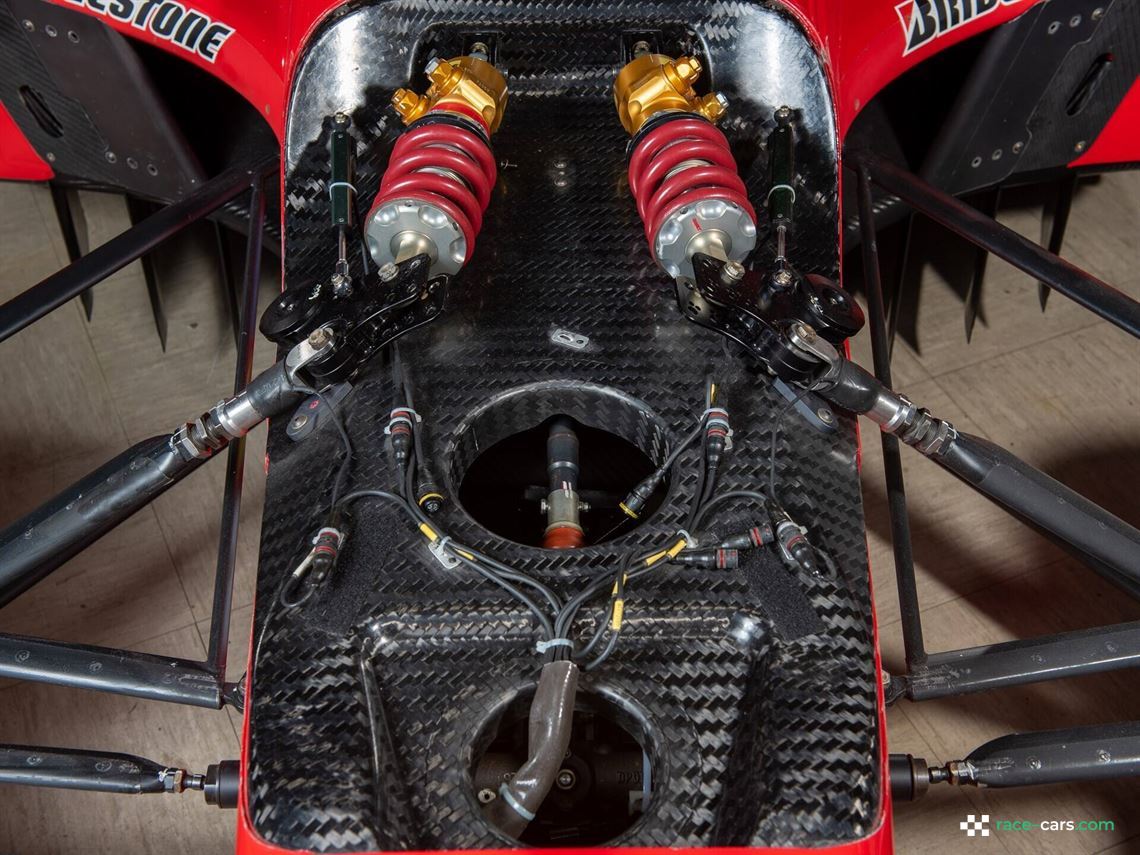 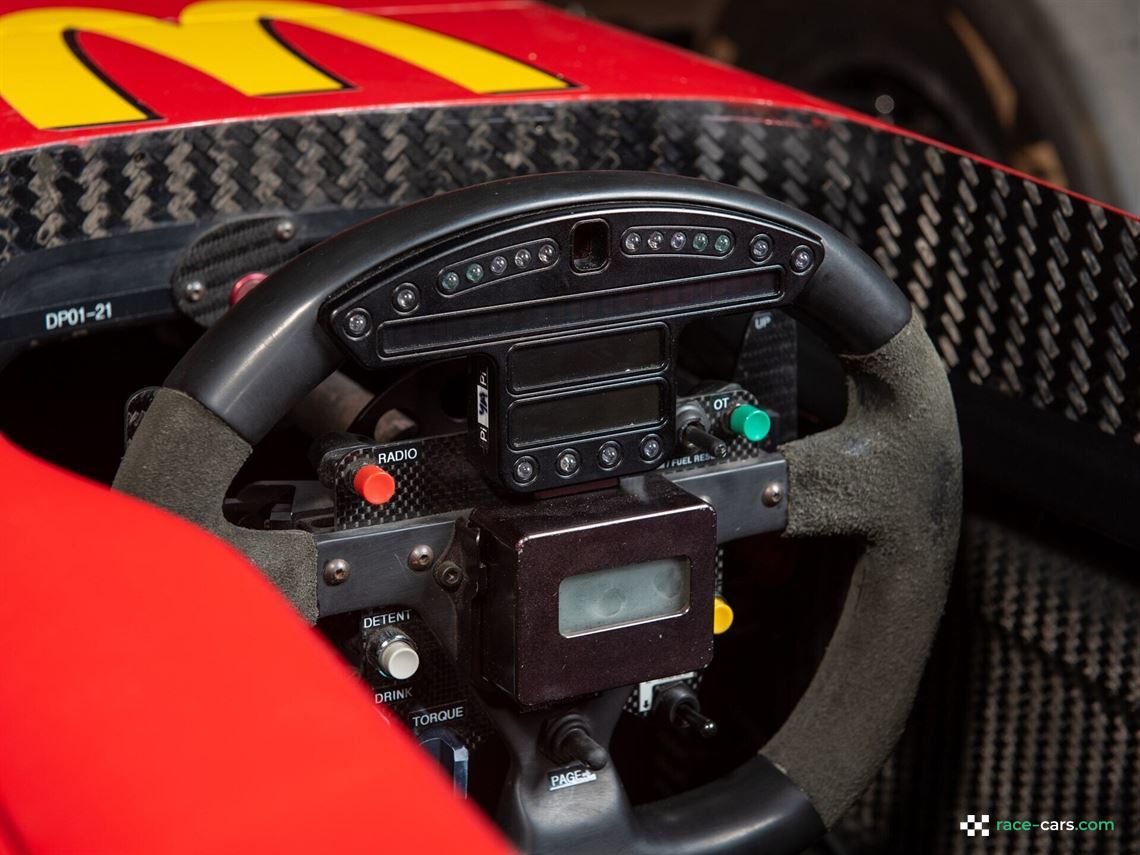 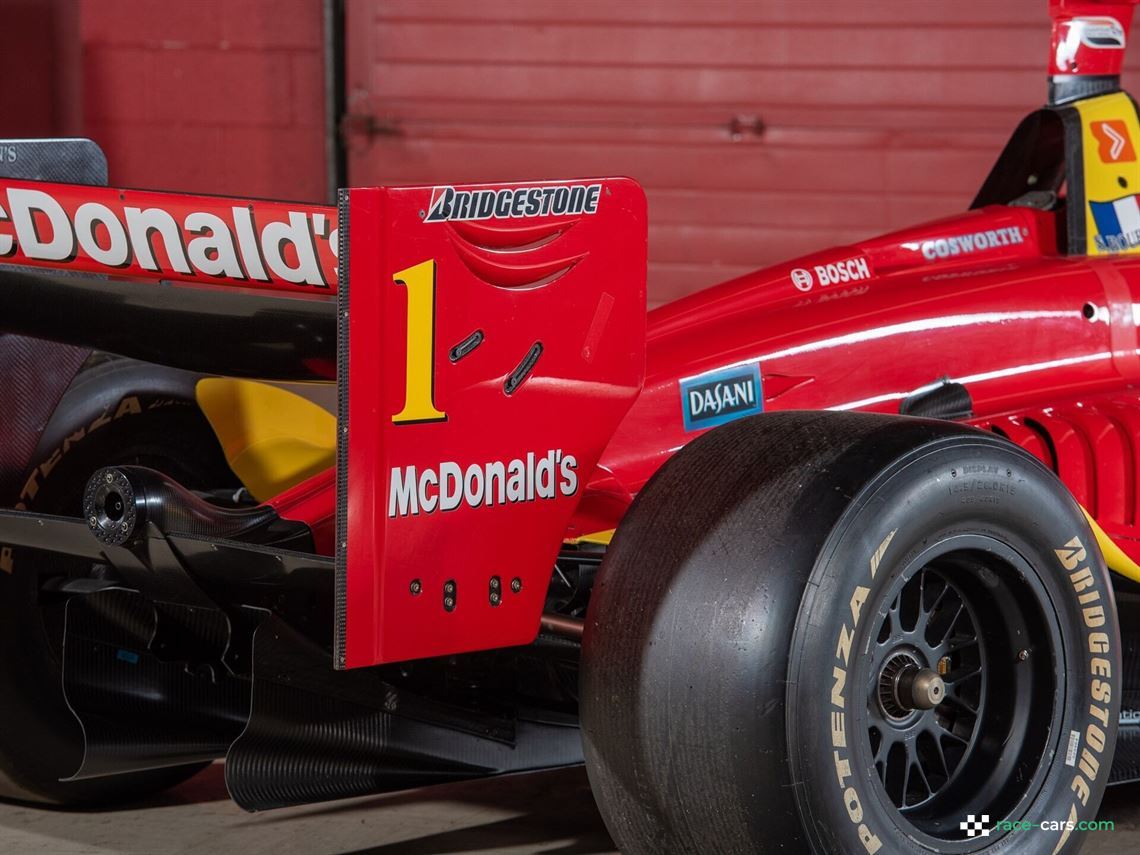 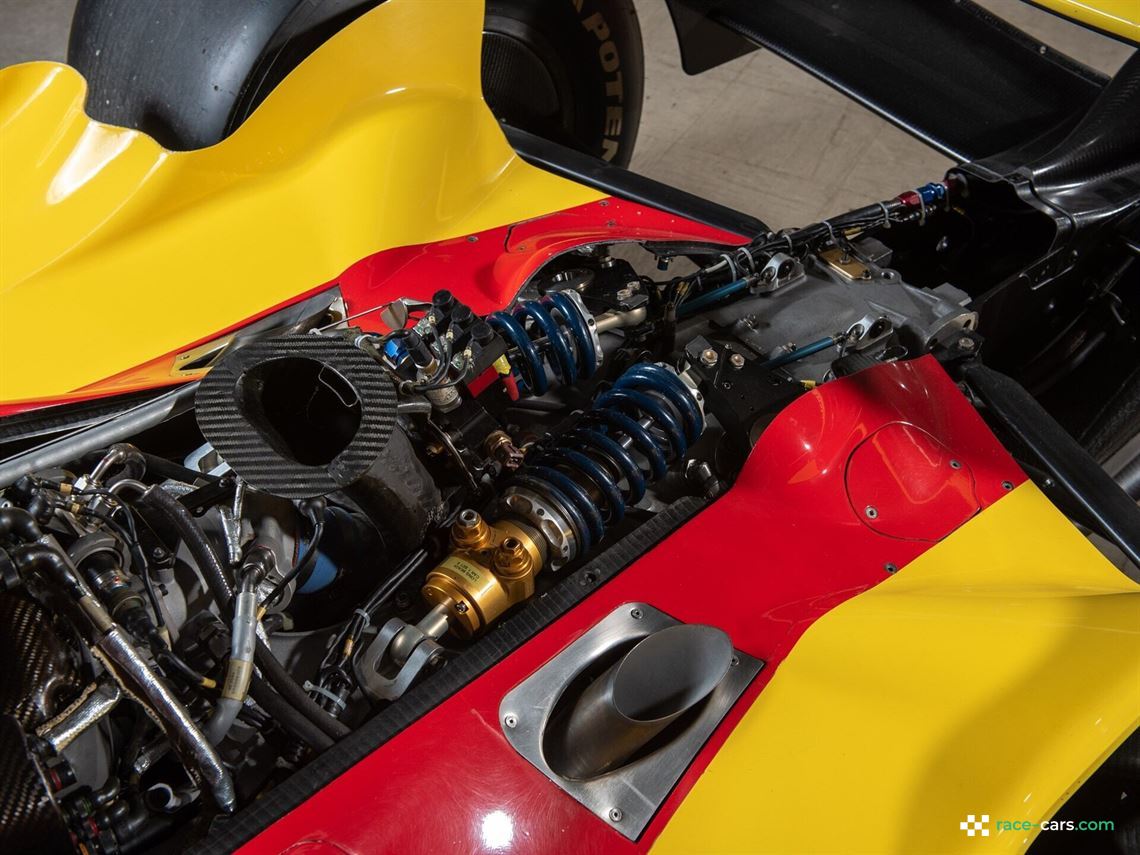 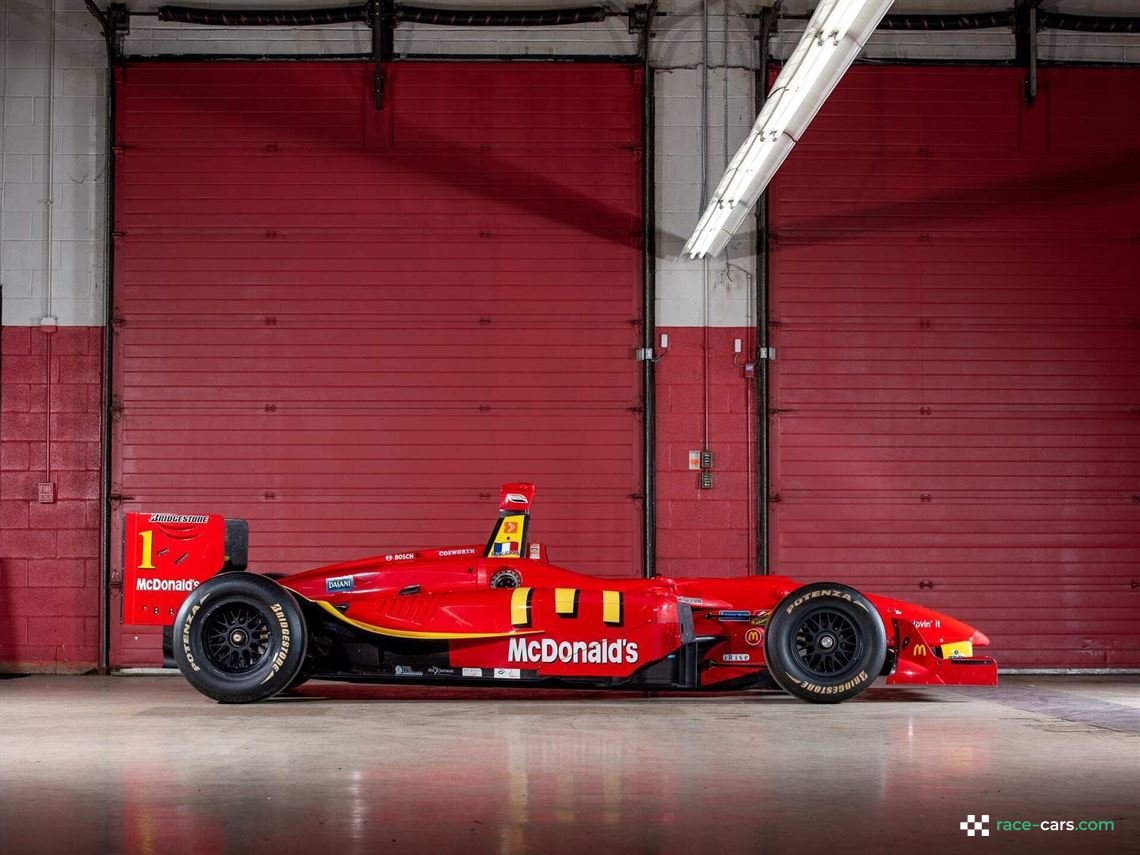 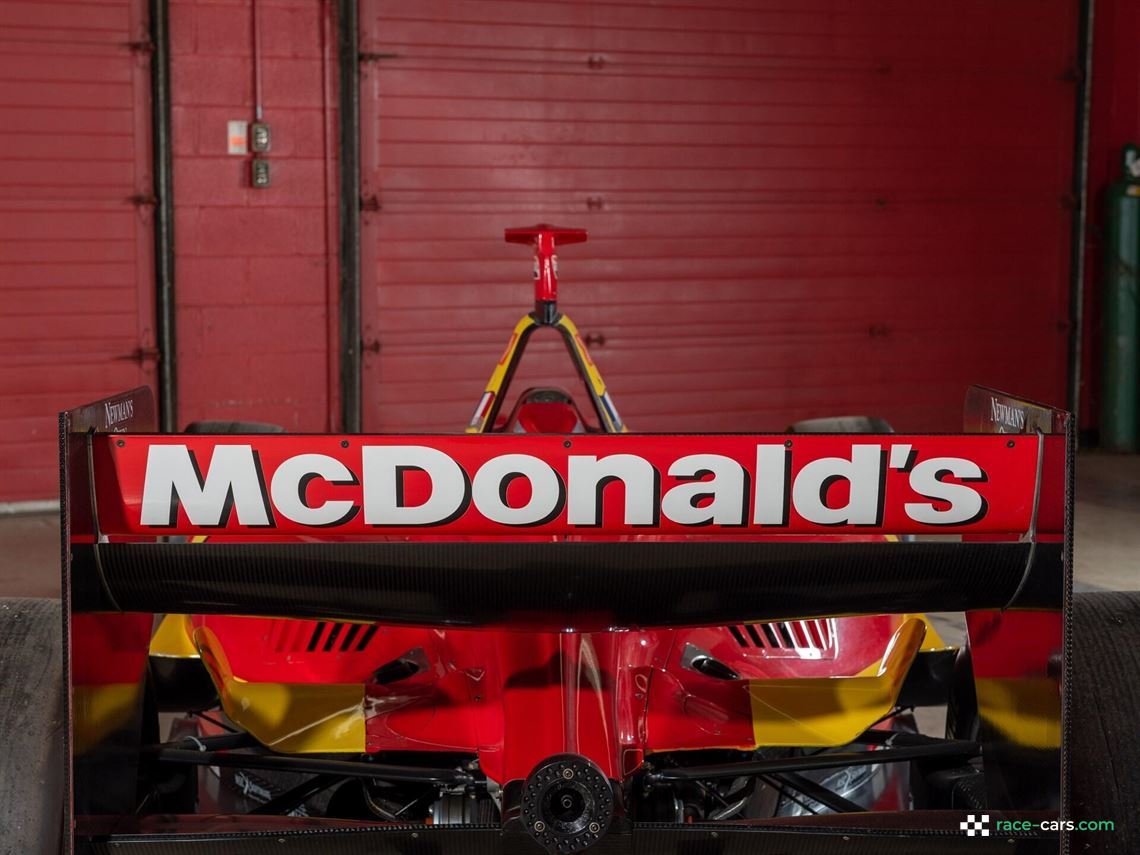 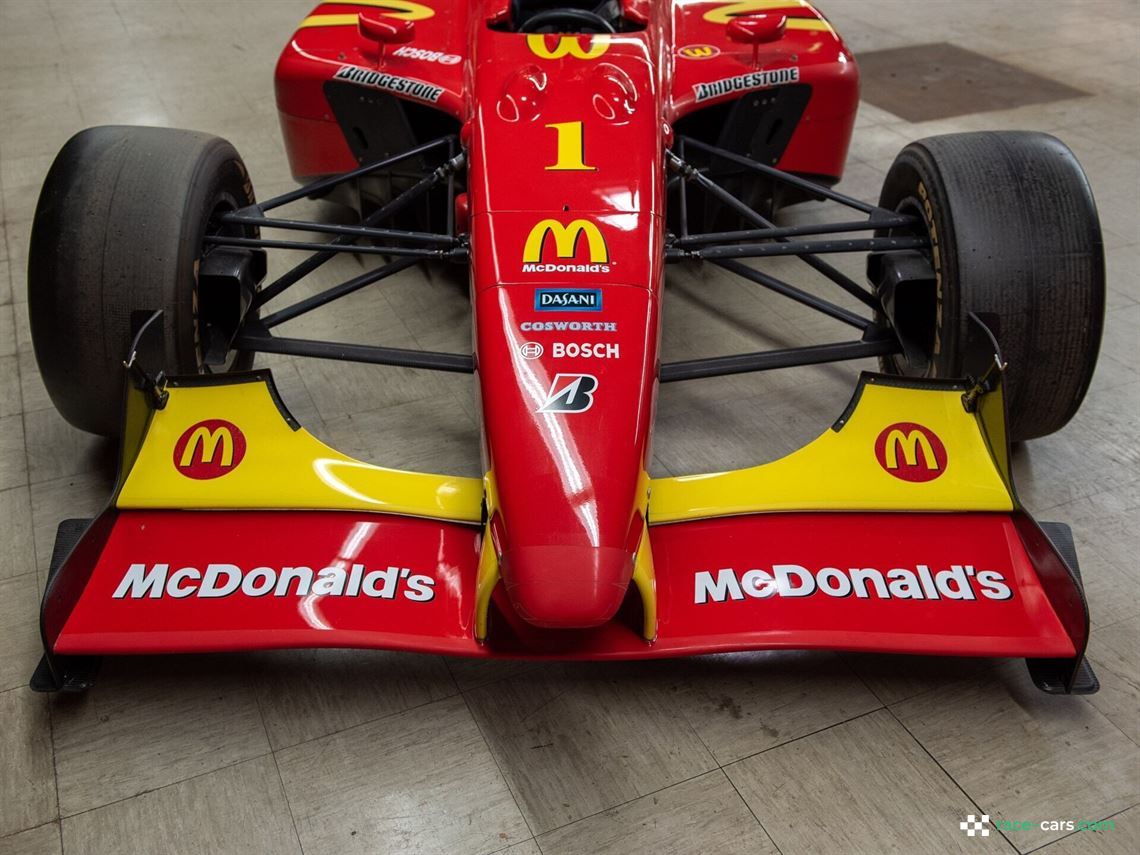 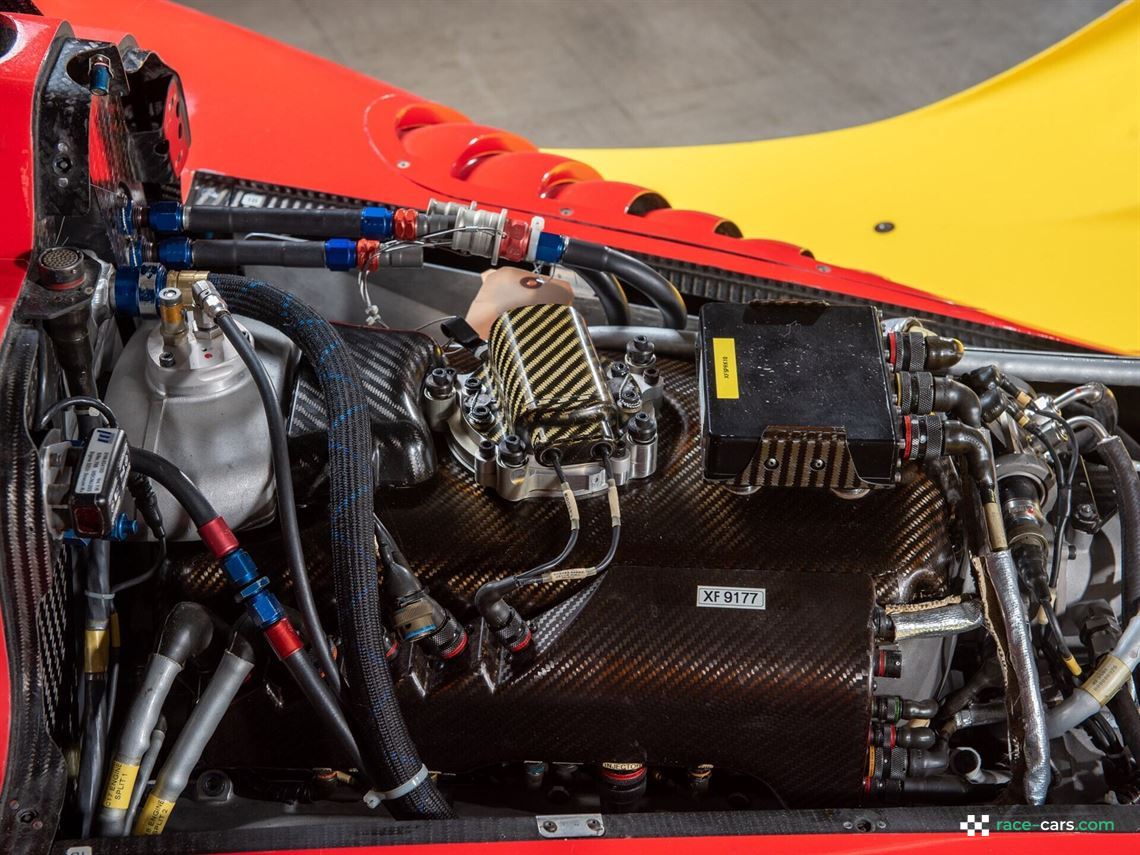 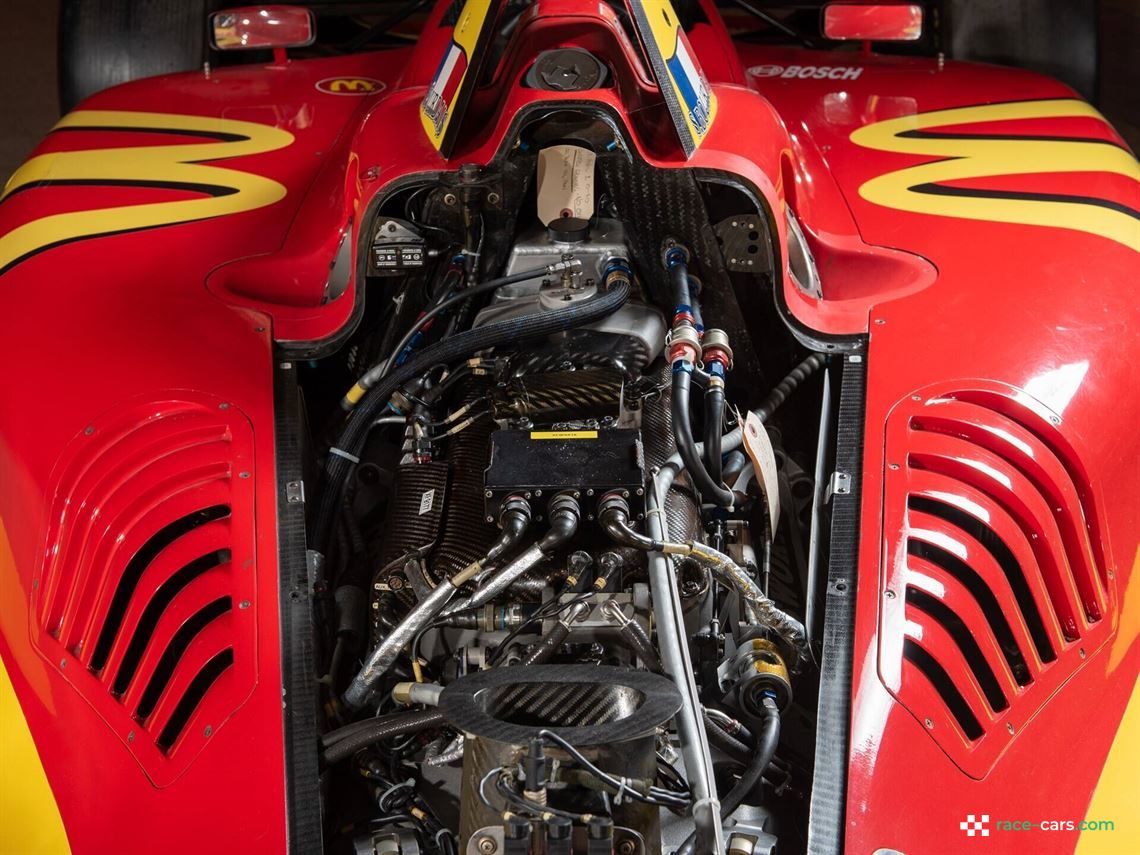 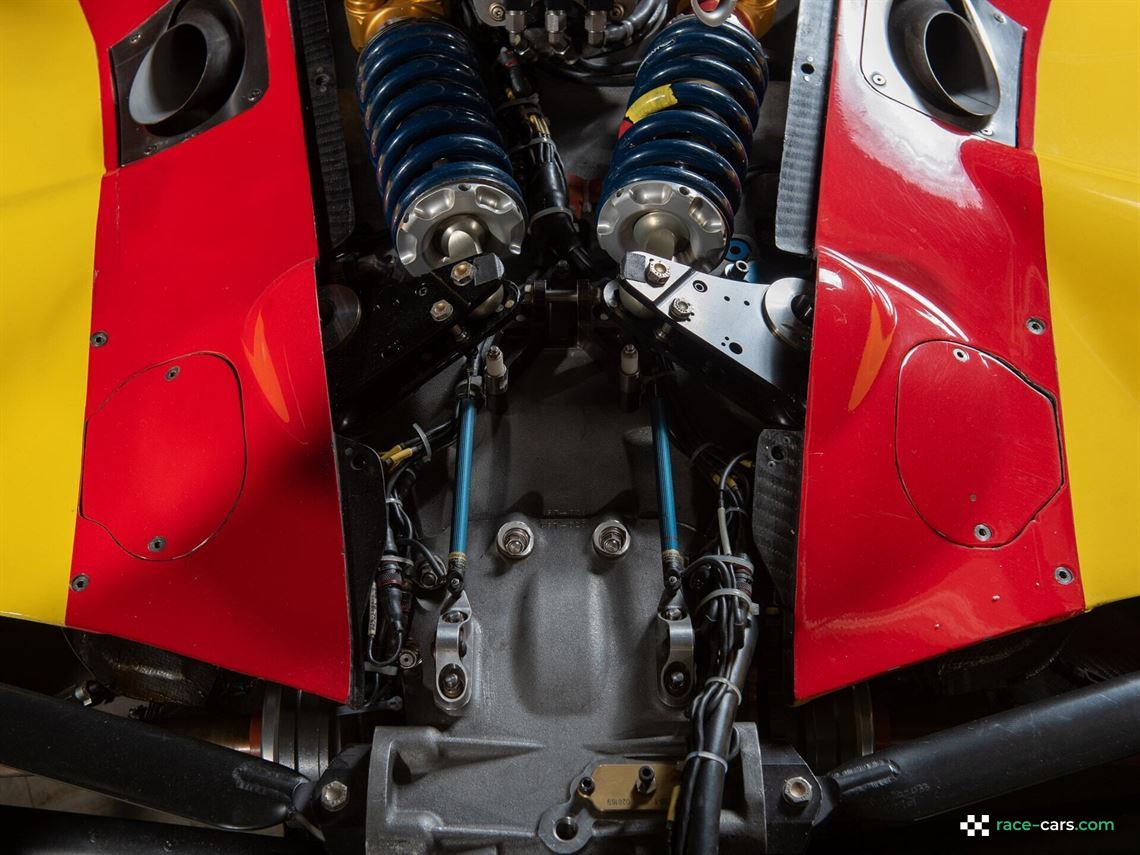 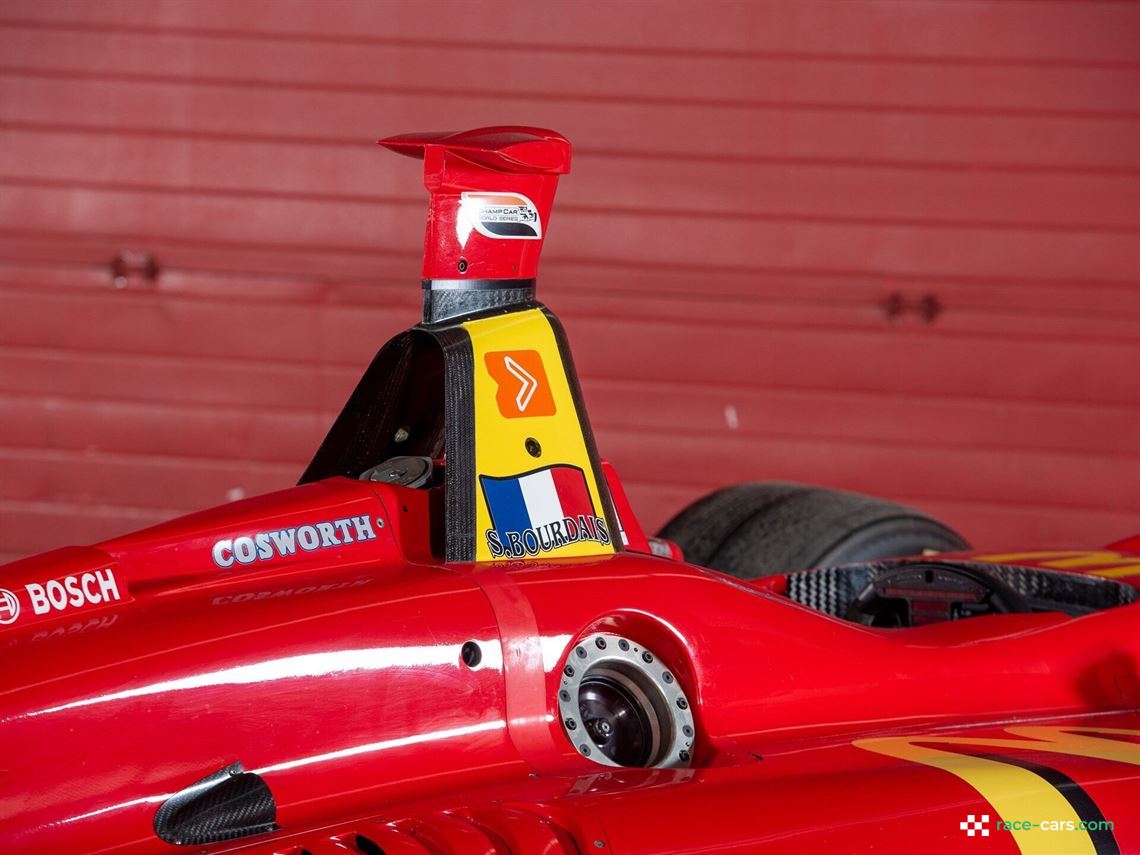 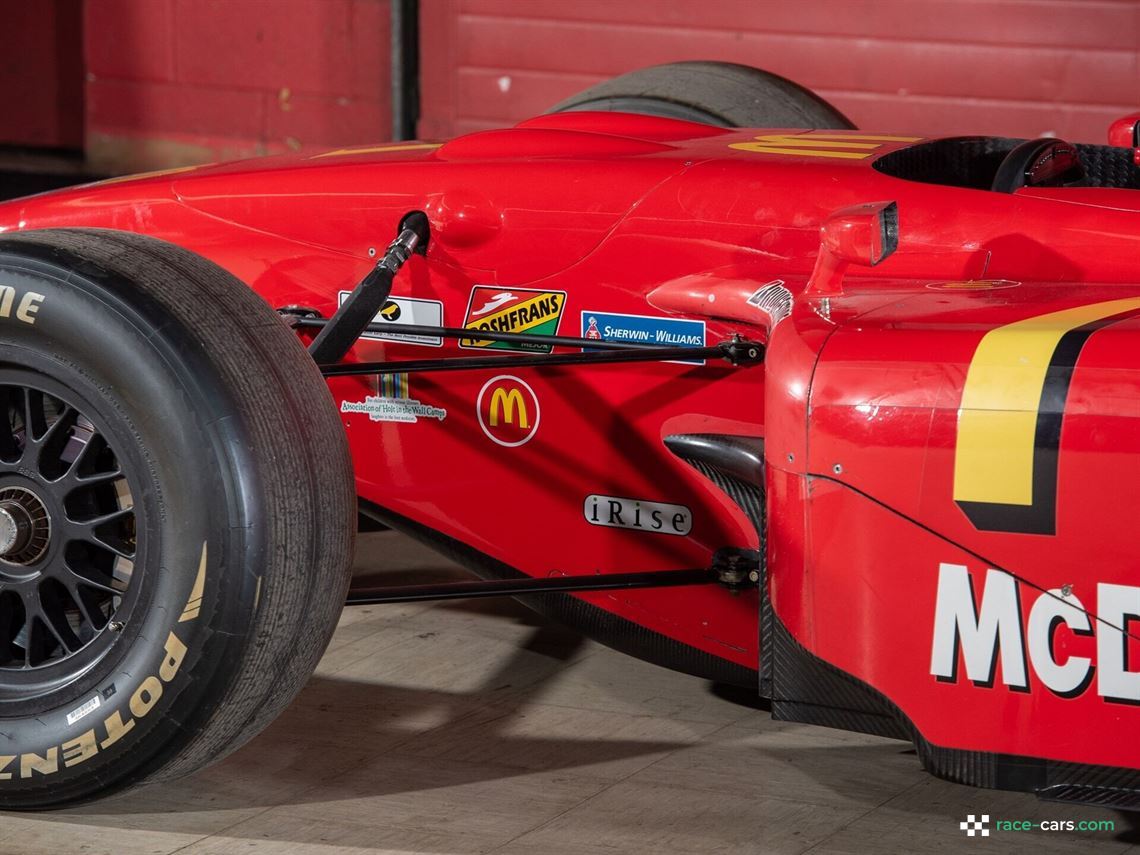 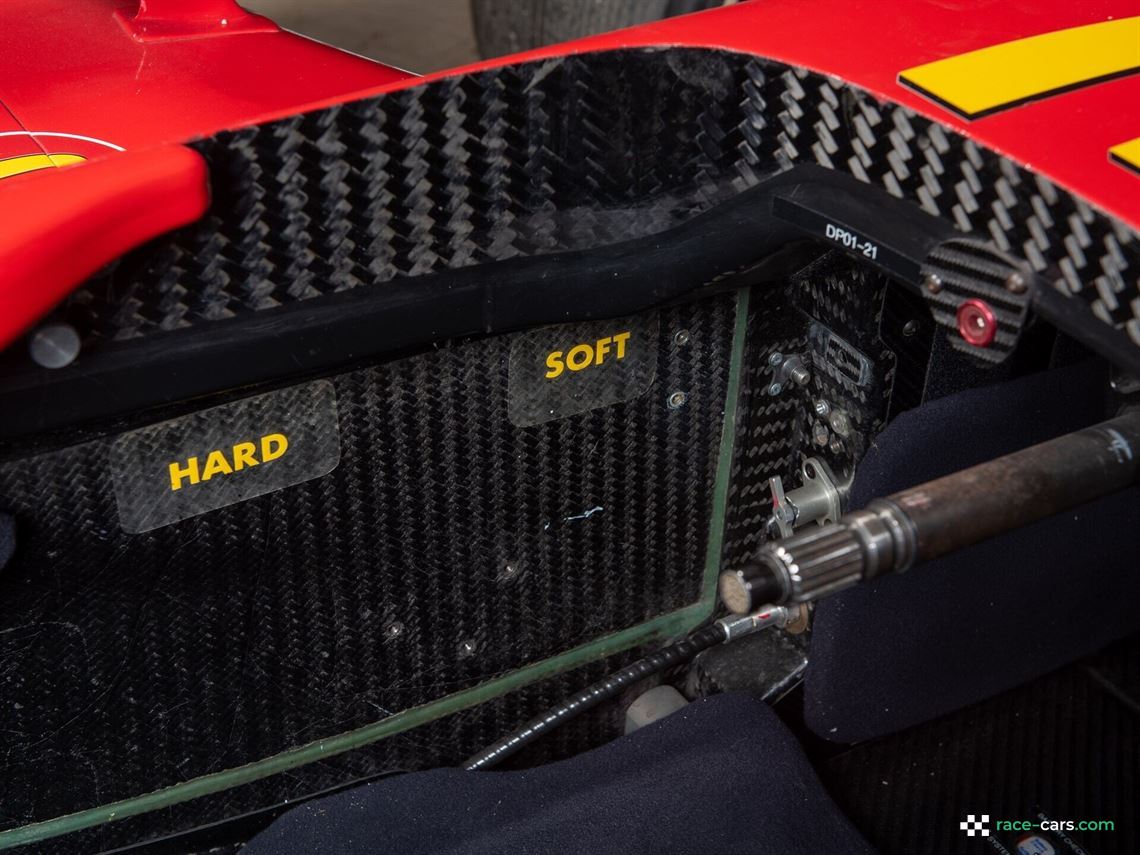 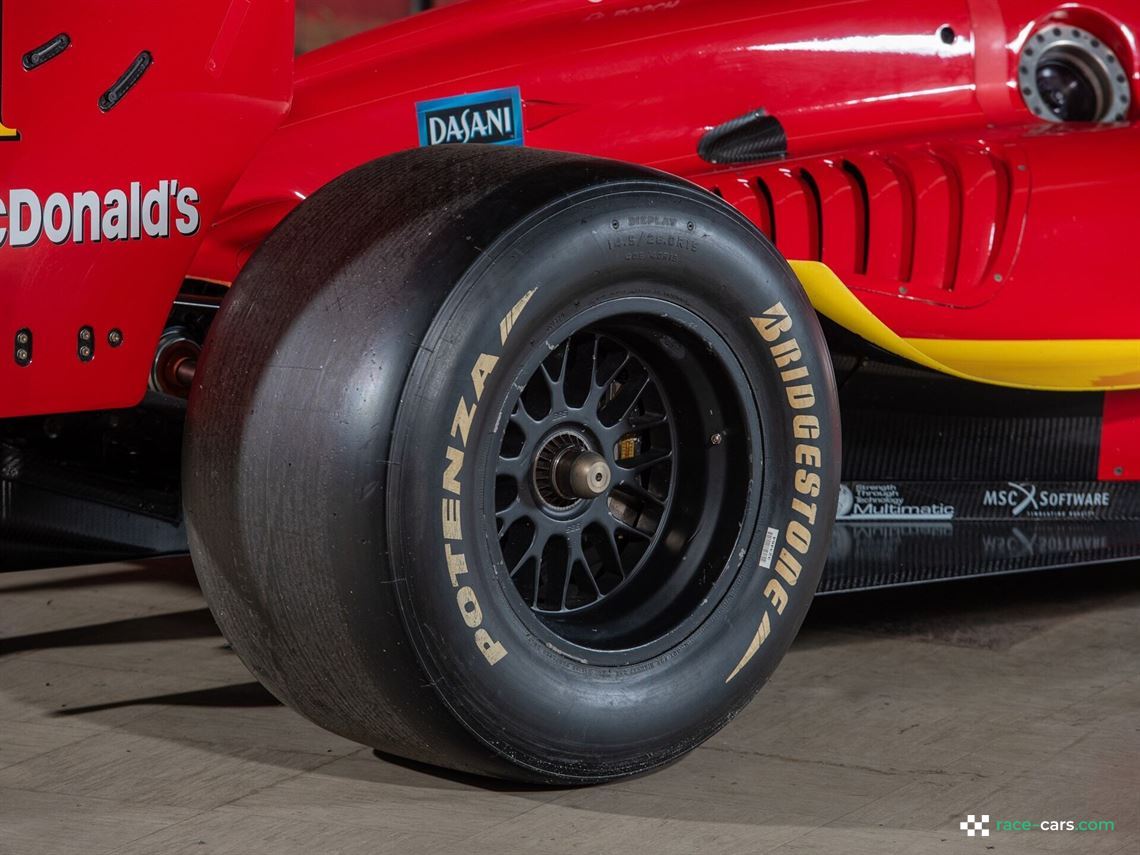 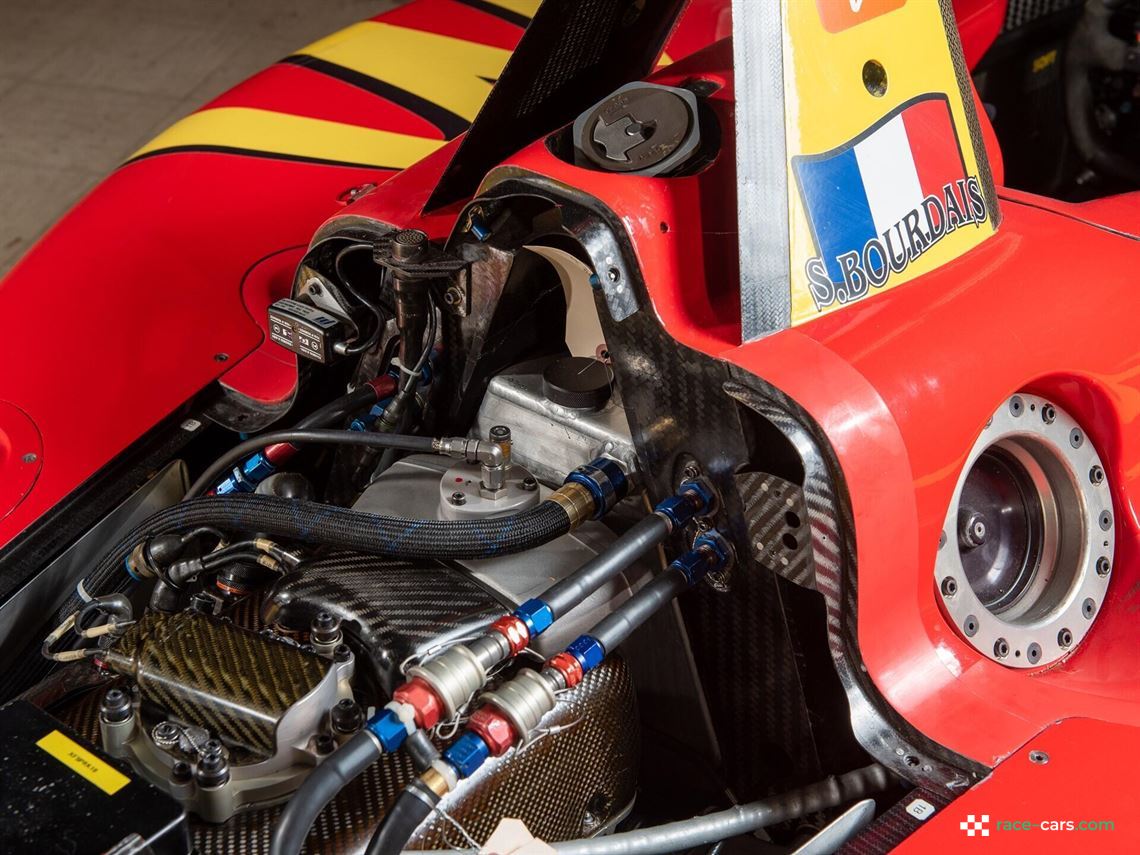 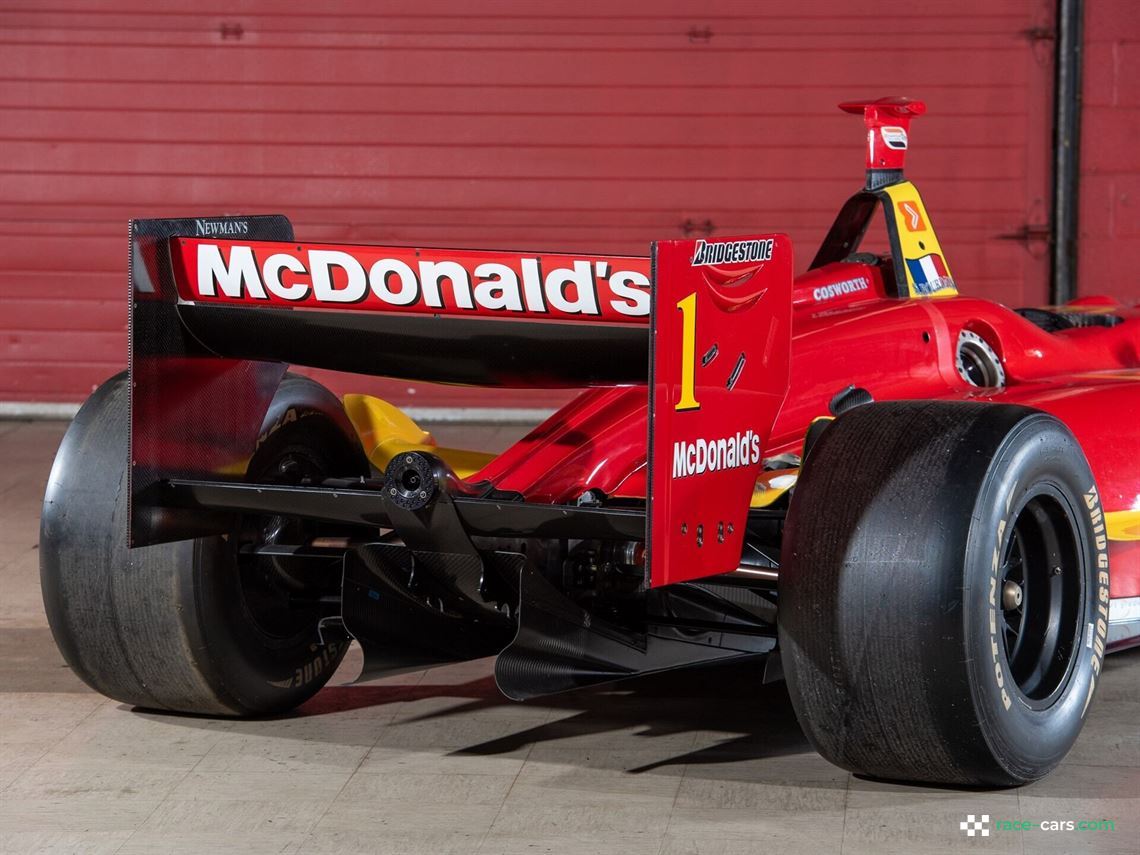 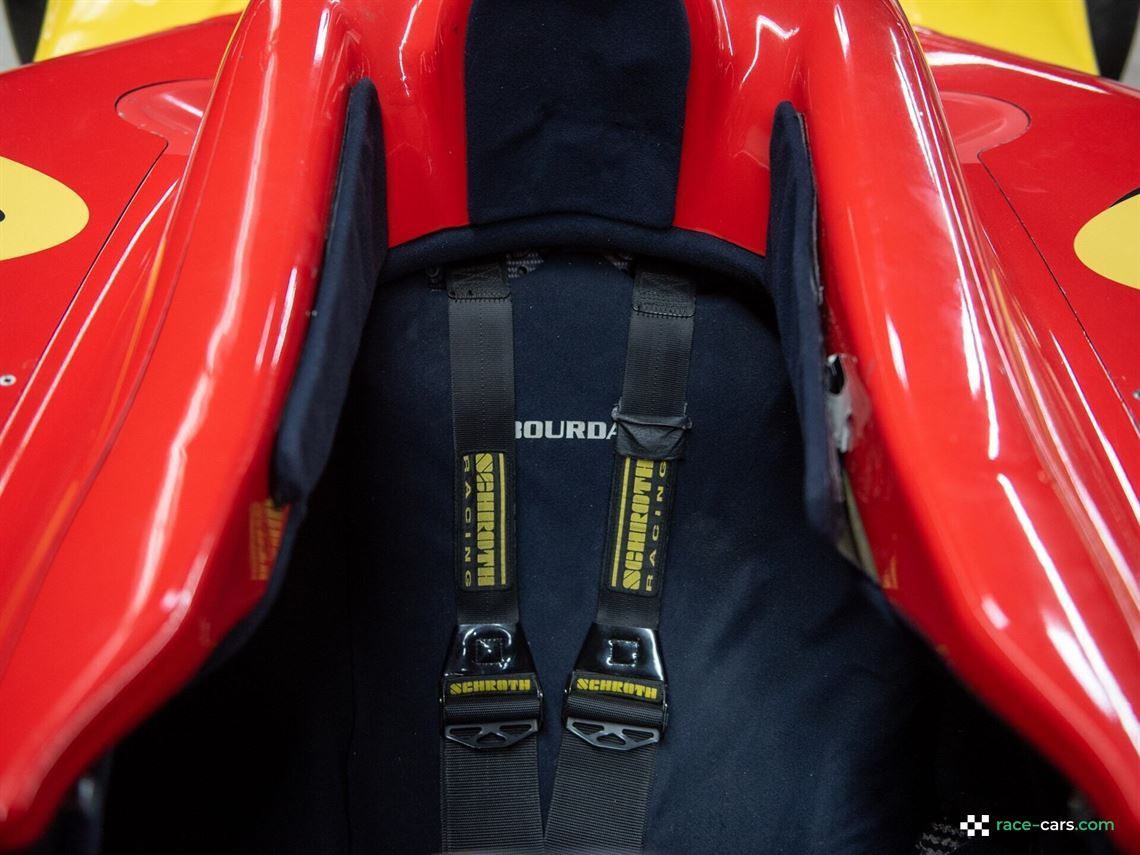 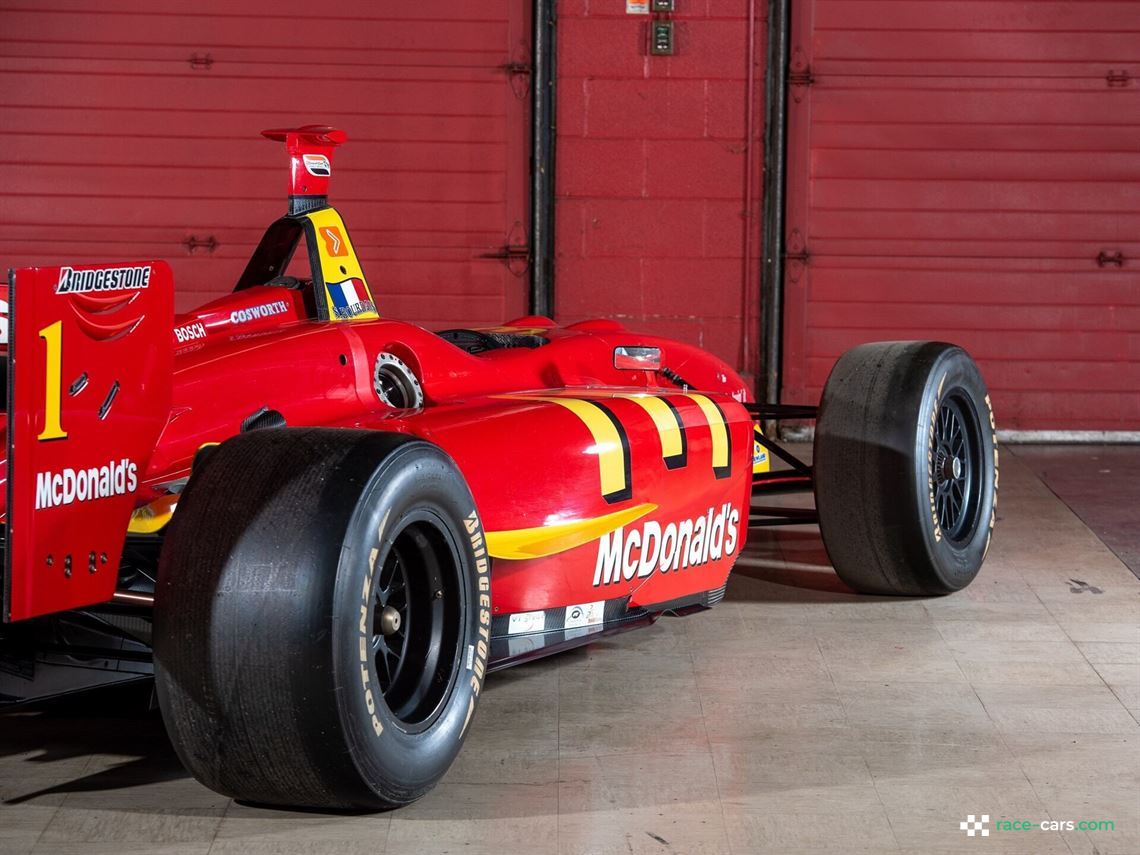 In the fourth, and what would prove to be its final, year of operation, the rebranded Champ Car series (formerly known as CART) underwent further changes for the 2007 season, a swansong campaign that paved the way to reunification with the Indy Racing League a year later. For the first time since 2003, European races were added to the schedule, at Zolder and Assen, and 2007 saw the complete elimination of oval-track races in favor of street-track courses that emphasized chicanes. Most notably, Panoz was chosen to be the sole chassis provider for 2007, delivering the DP01 open-wheel racecar built by its sister affiliate Elan Motorsport Technologies.

The carbon fiber monocoque DP01 was designed with numerous improvements over the outgoing Lola chassis, most significantly channeling increased airflow to a revised underbody design for greater downforce that was less dependent on the front and rear wings. This ensured improved safety at high speed, which was further bolstered with a more upright seating position and the implementation of the HANS driver harness.

Exclusively fitted with the latest Cosworth XFE turbocharged V-8, which now developed as much as 950 horsepower, the DP01 was capable of accelerating to 60 mph from standstill in just 2.2 seconds, and to 100 mph in 4.2 seconds, with a blistering top speed of 240 mph. Despite its raw performance and advanced design, the DP01 enjoyed only one full season of active use in Indy racing, as it was abandoned after the 2008 Long Beach Grand Prix when Champ Car folded into the IRL, which was already contracted to run Dallara chassis. The resulting IndyCar Series continues to this day.

On the heels of three consecutive championships with driver Sébastien Bourdais from 2004 to 2006, Newman/Haas Racing returned to competition in 2007 with a promising young rookie Graham Rahal, son of the accomplished Bobby Rahal.

This DP01 is one of a handful of examples that were delivered new to Newman/Haas Racing for the 2007 season, and it became the primary car driven by reigning champion Sébastien Bourdais. Decorated with the iconic McDonald’s sponsorship livery, chassis number DP01-021 performed admirably through 10 starts during the 14-race season, winning six races. According to a race/practice/test lap chart on file, the DP01 was first used for testing by Bourdais in March 2007 at Laguna Seca before being transported to Las Vegas for the season-commencing race.

Working through some teething issues, 021 finished only 13th at the Las Vegas Grand Prix in early April, but it bounced back in commanding form a week later at the Long Beach Grand Prix, where Bourdais put the car on the pole and went on to roar to victory. The Long Beach win was followed by two consecutive 1st-place finishes at Houston and Portland, with Bourdais respectively qualifying for 2nd and 3rd-place starting positions. For the two ensuing races, at Cleveland and Mont Tremblant, Bourdais piloted one of the sister cars to unspectacular results while 021 remained waiting in the wings.

In early July this Panoz returned to action at the Toronto Grand Prix, finishing 9th, and three weeks later the car finished 5th at the San Jose Grand Prix. In the interim Bourdais accomplished a win in one of the sister cars at the Edmonton Grand Prix, a result he repeated at Road America in mid-August.

On 26 August DP01-021 returned for the remaining four races of the season, as Bourdais qualified for pole position and took the checkered flag at the Belgian Grand Prix at Zolder. A week later at Assen in The Netherlands he put the car on the pole but finished a disappointing 7th. At Surfers Paradise, Australia, in late October, Bourdais started in 4th place and advanced to a win, setting the table for the finale in Mexico City three weeks later. Bourdais qualified for a 2nd-place start at the Autodromo Hermanos Rodriguez before advancing to take the win, giving him eight victories for the year, including six in chassis number DP01-021. His commanding 83-point lead in the drivers’ standings earned him his fourth consecutive Champ Car championship, and Newman/Haas’ eighth.

Following some testing at Long Beach in April 2008 by rookie driver Justin Wilson, the DP01 was retired, and with the unified IndyCar Series now relying exclusively on Dallara chassis, the Panoz was domiciled within the protective environs of the Newman/Haas Racing collection. Continuing to benefit from a life of care within its only ownership, this powerfully specified and beautifully preserved DP01 is a striking testament to the final Champ Car season.

As the primary car driven by Sébastien Bourdais on the way to his fourth championship, and Newman/Haas Racing’s eighth (and final) championship, this car represents the important conclusion to a significant chapter in Indy racing history. Accompanied by workshop manuals, laptop, and cable, it would make a brilliant addition to any competition collection, particularly suited to Champ Car enthusiasts and aficionados of the short-lived, but awesomely engineered, Panoz DP01 chassis.