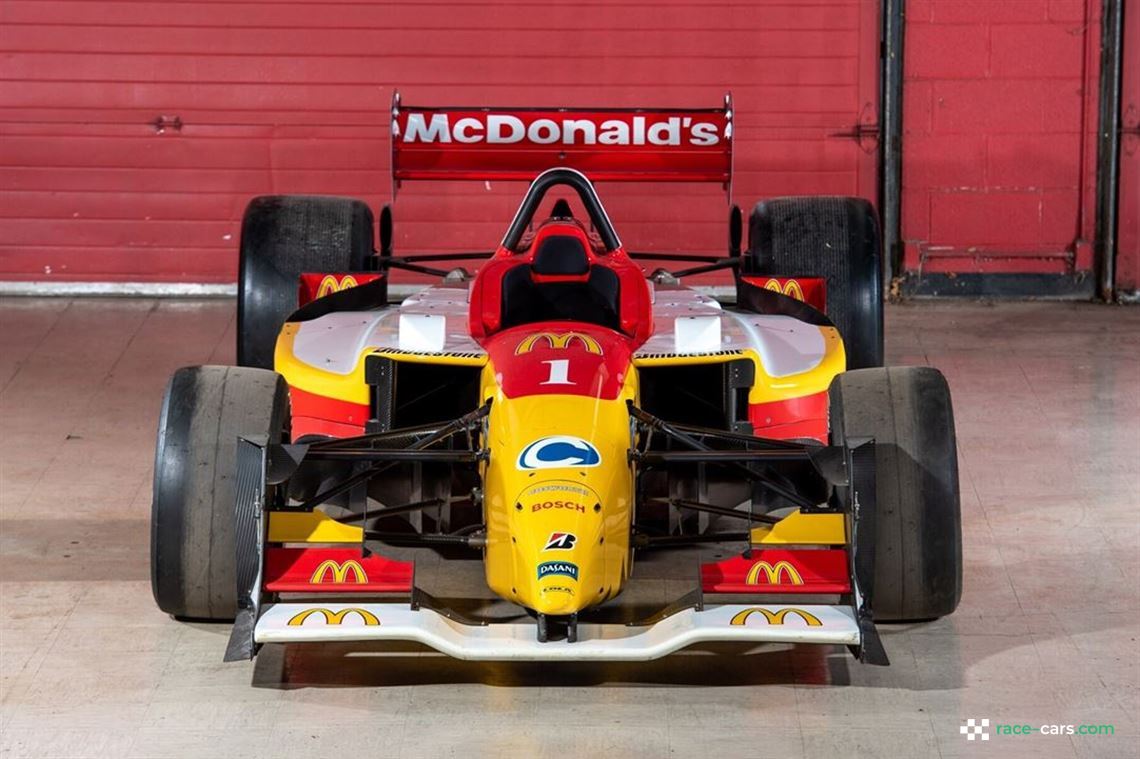 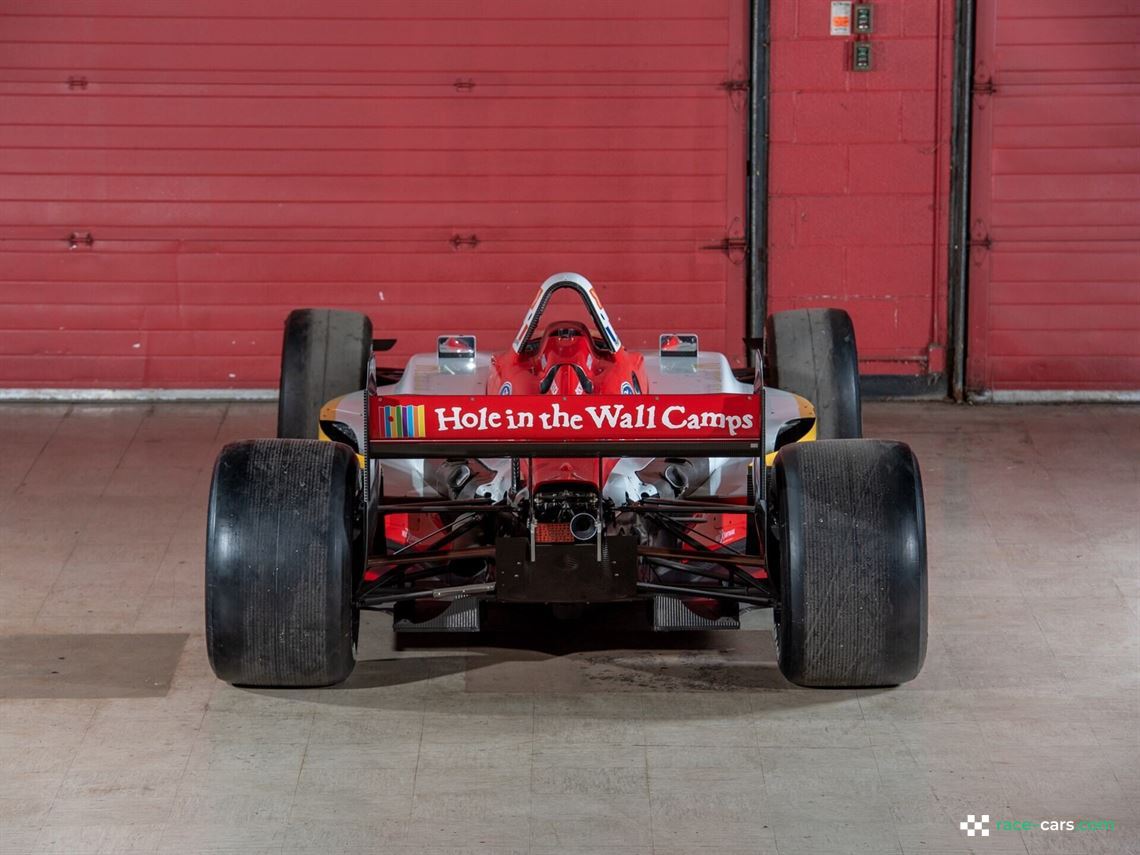 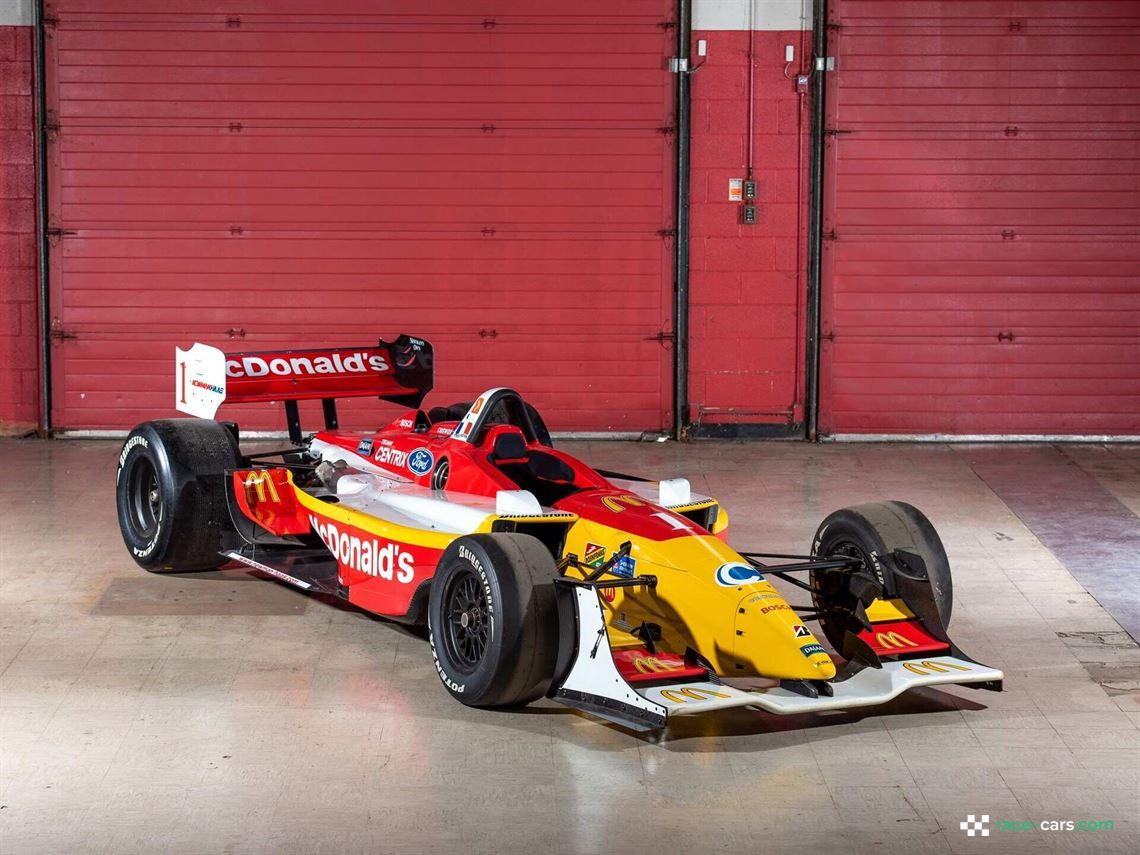 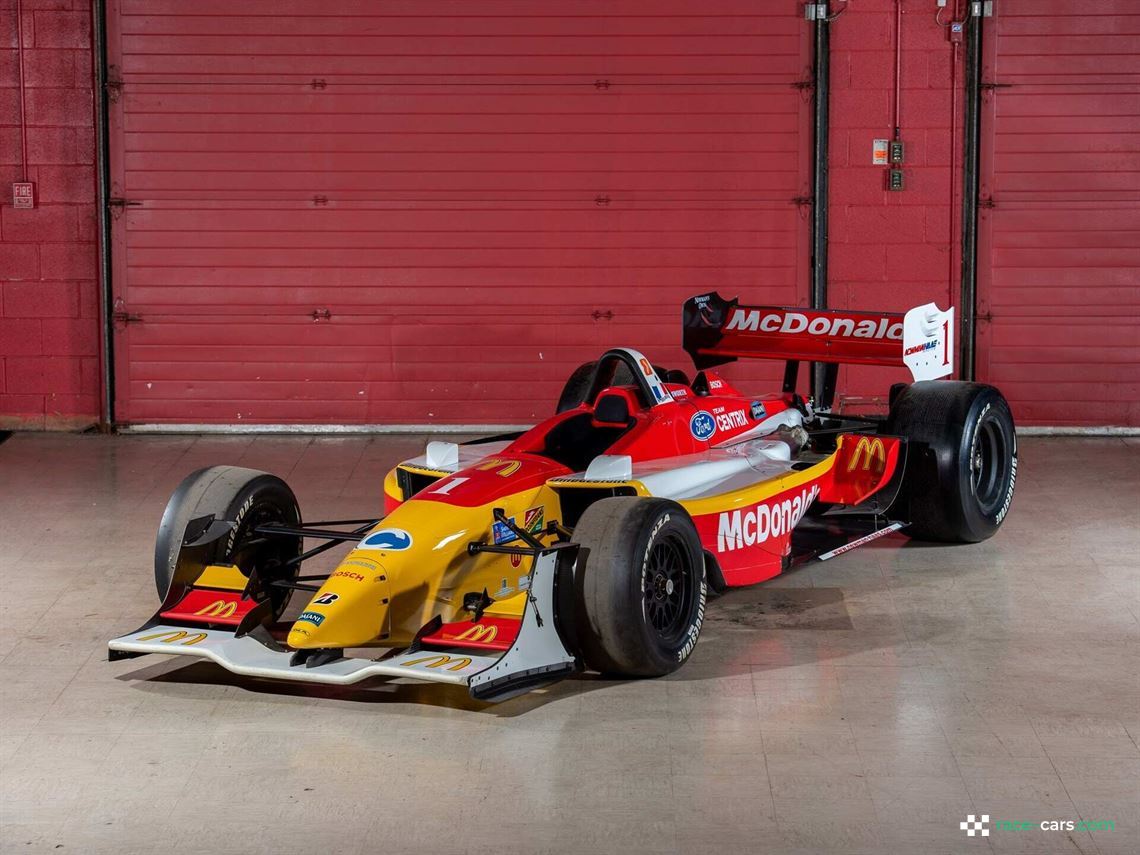 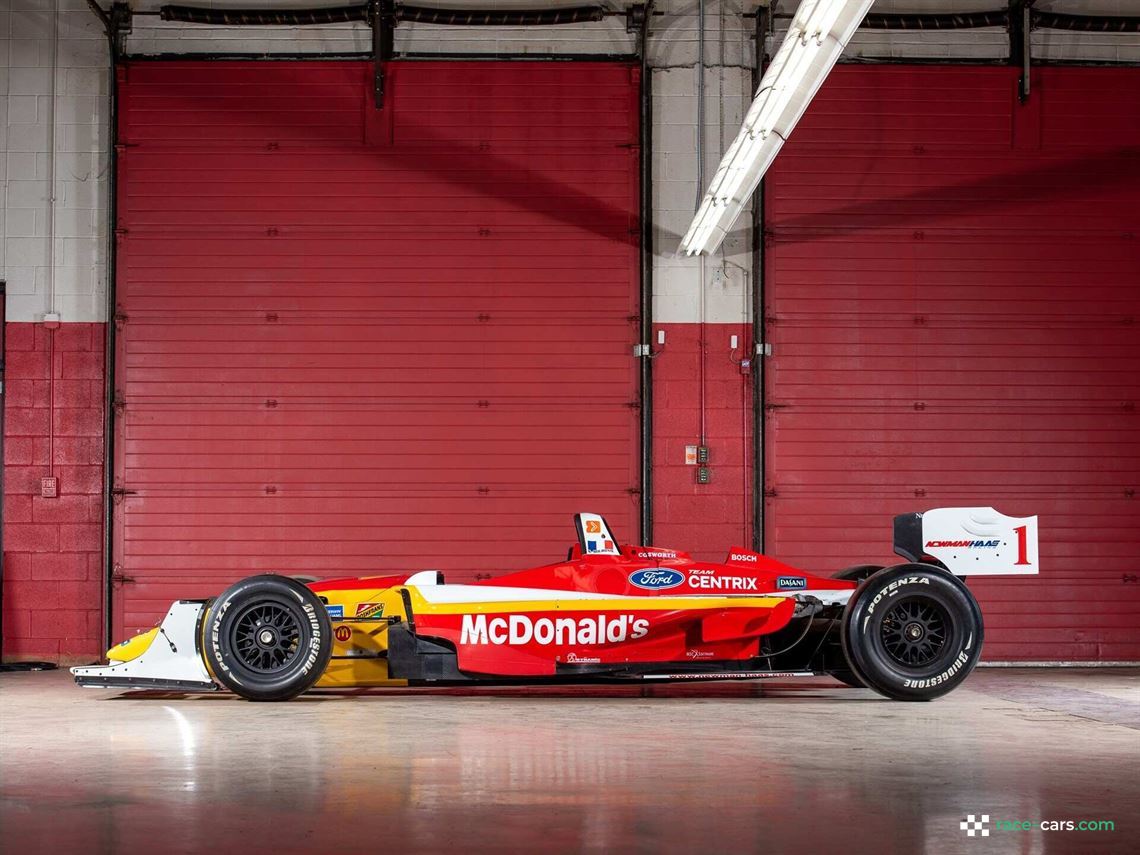 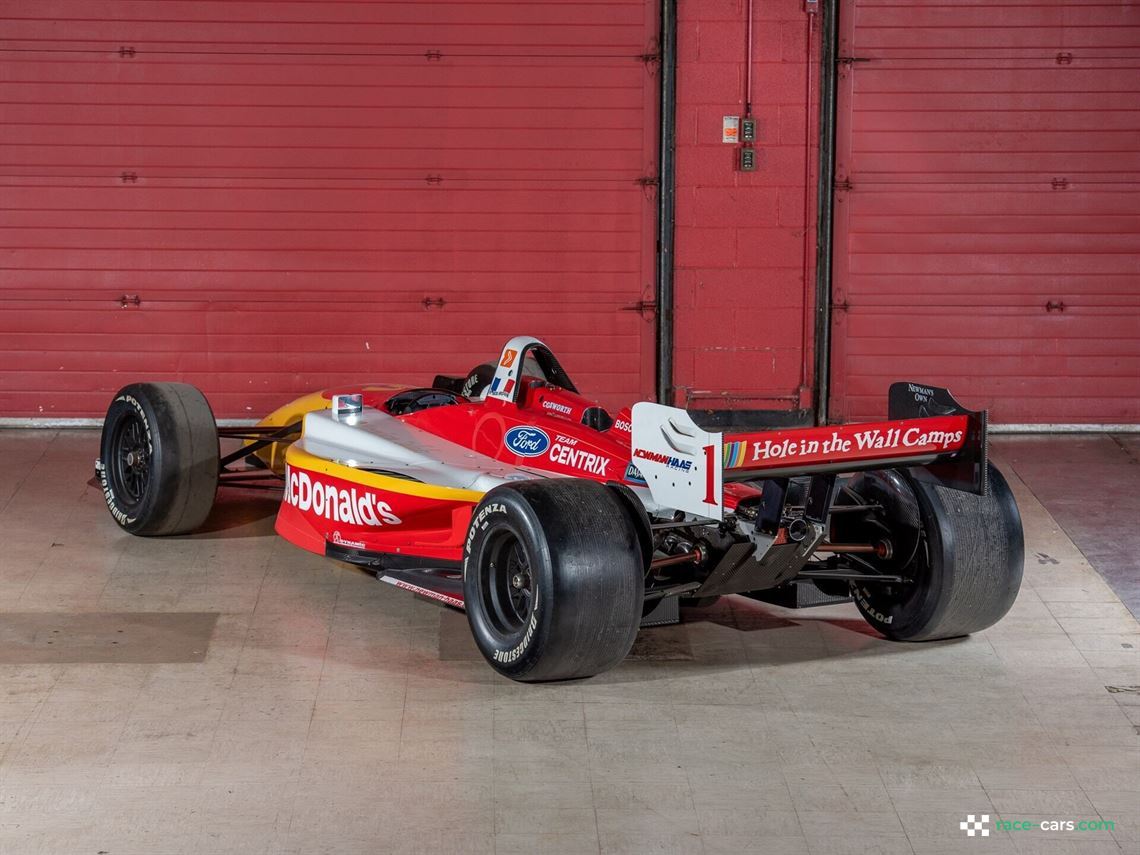 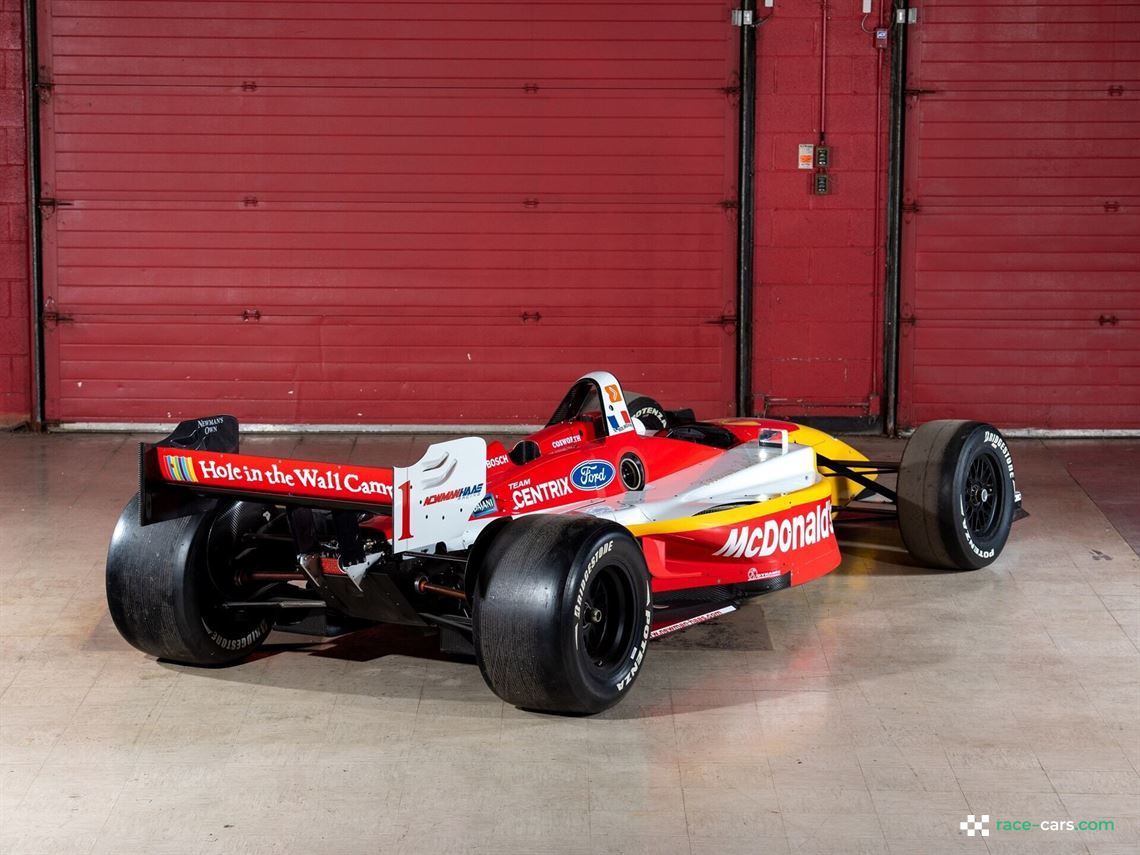 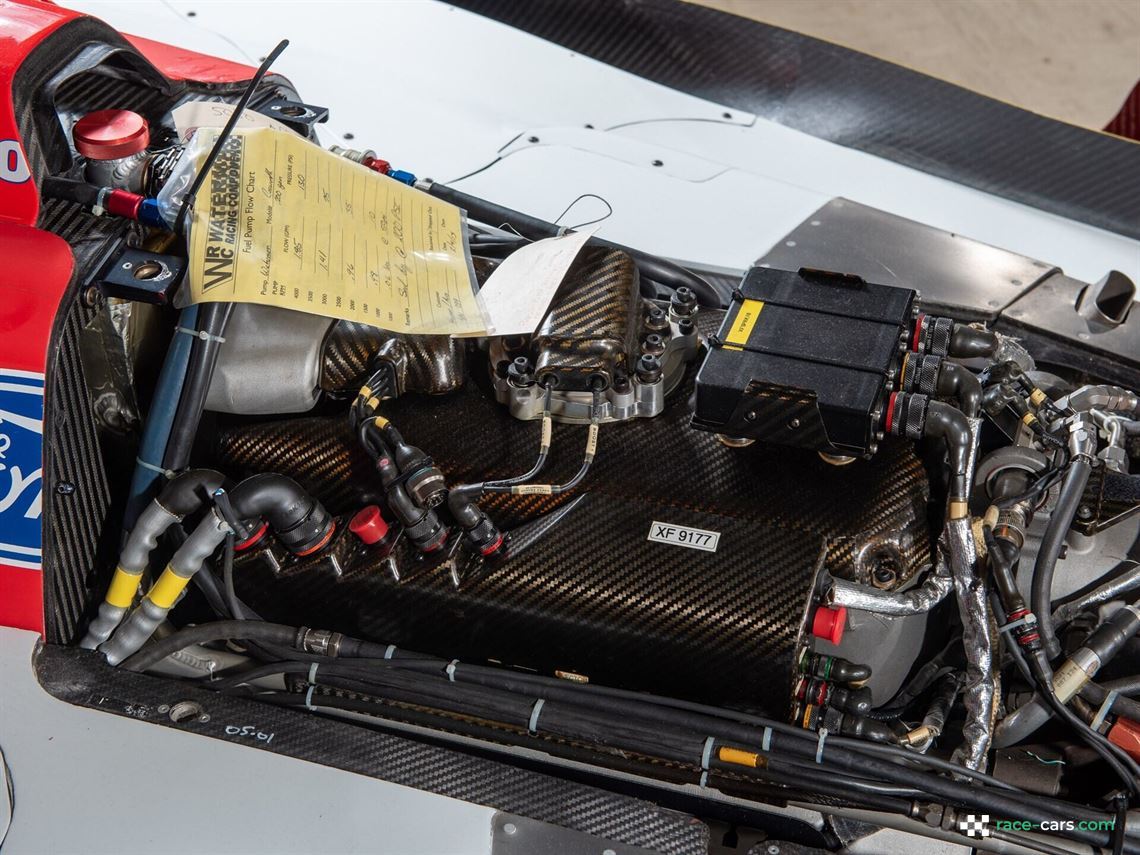 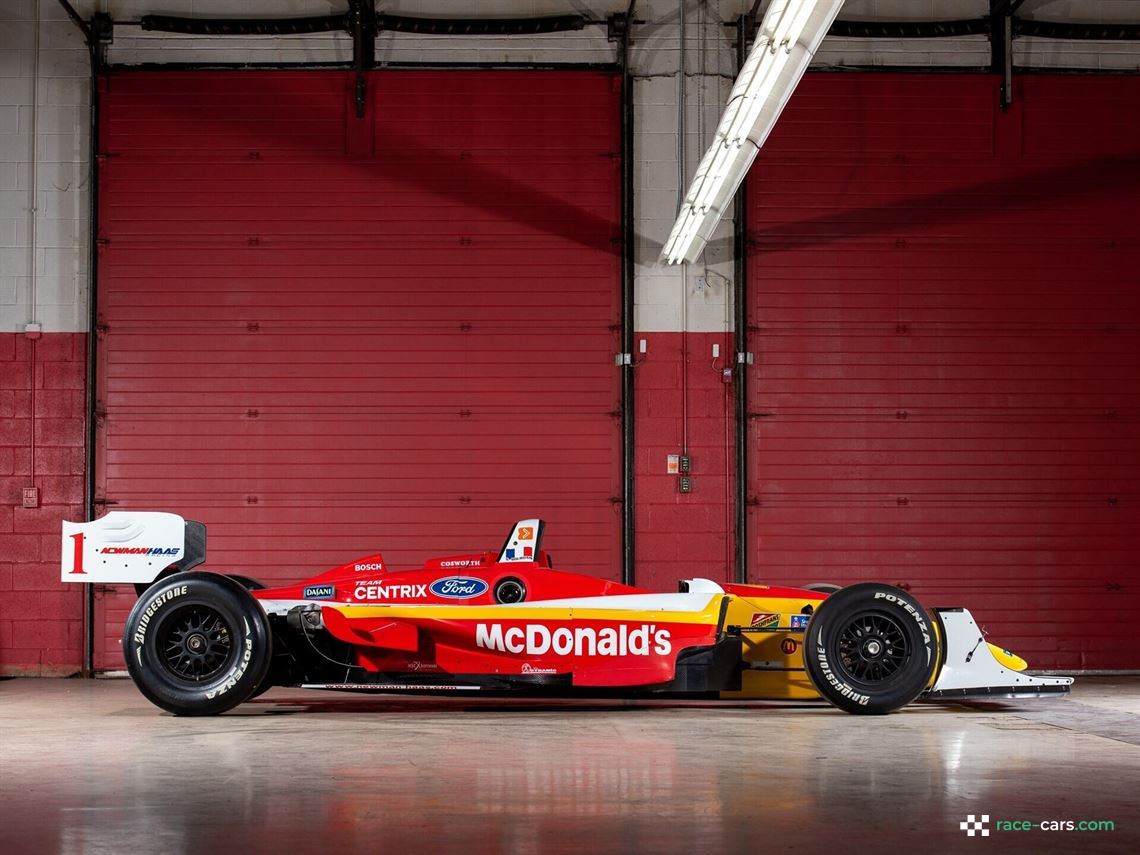 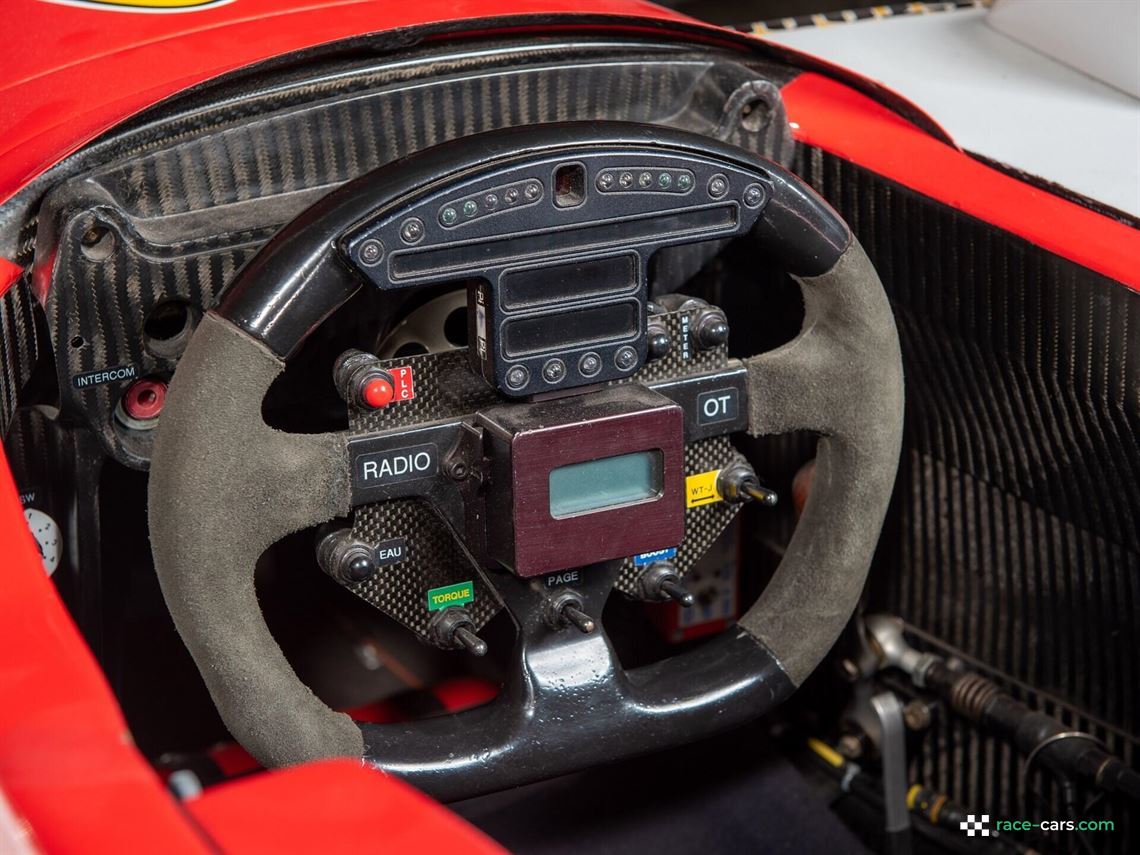 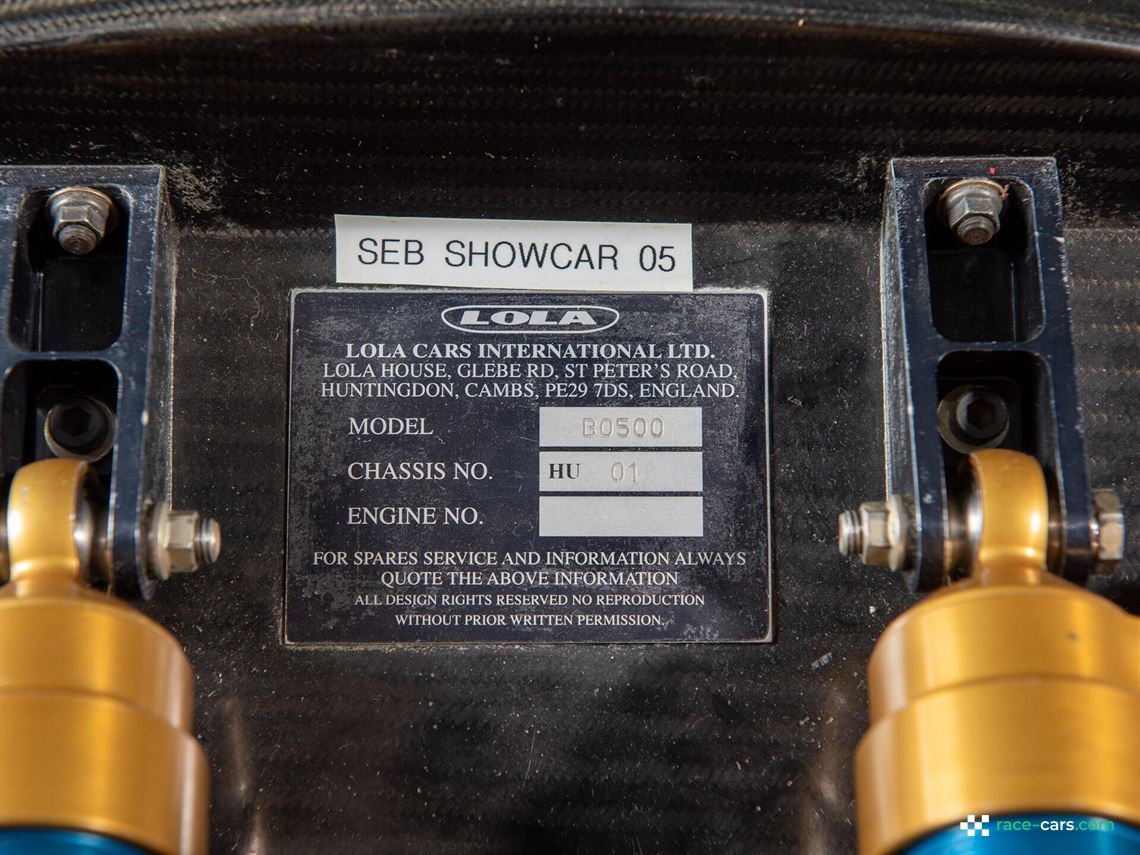 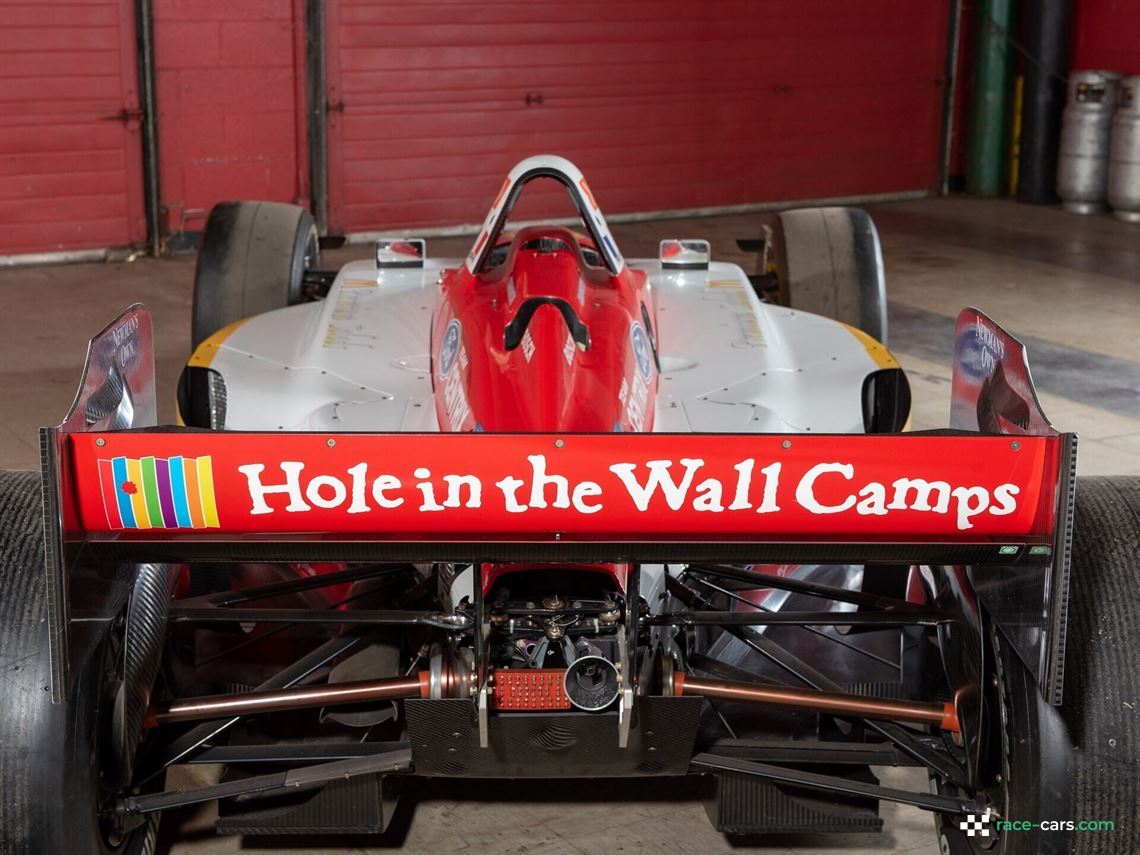 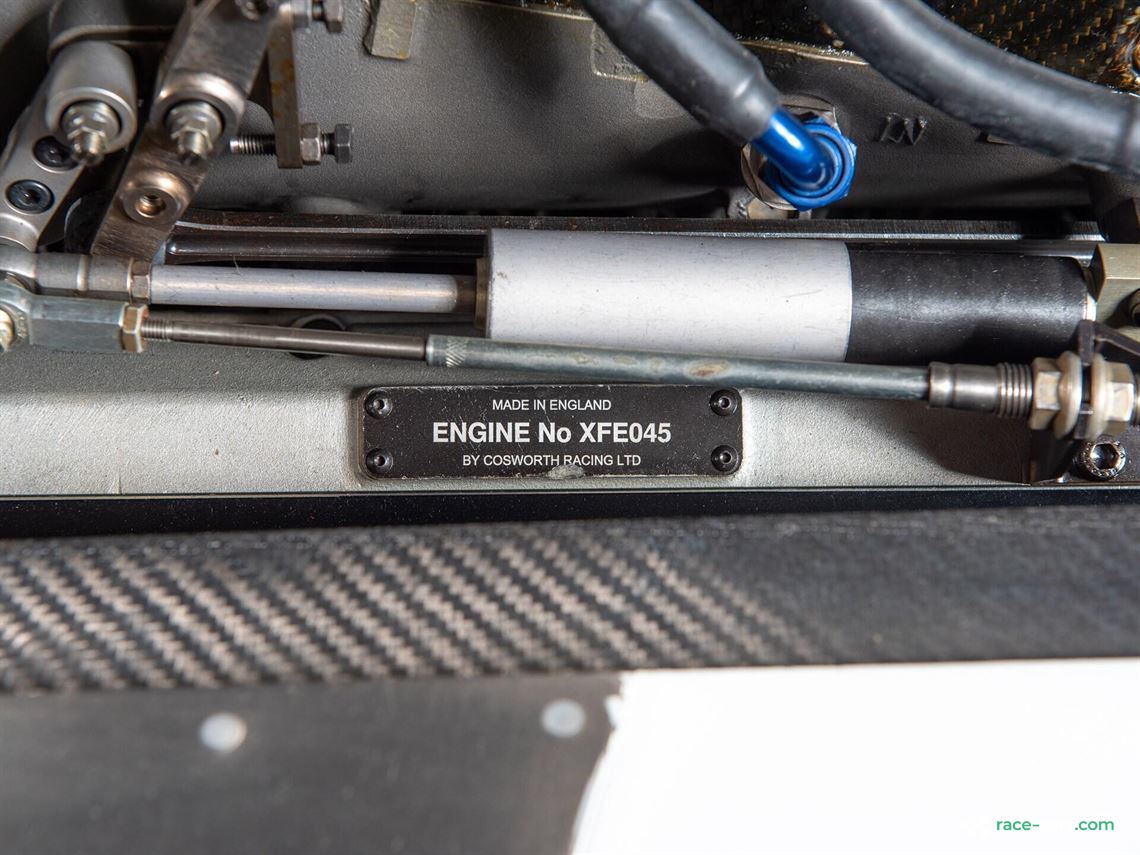 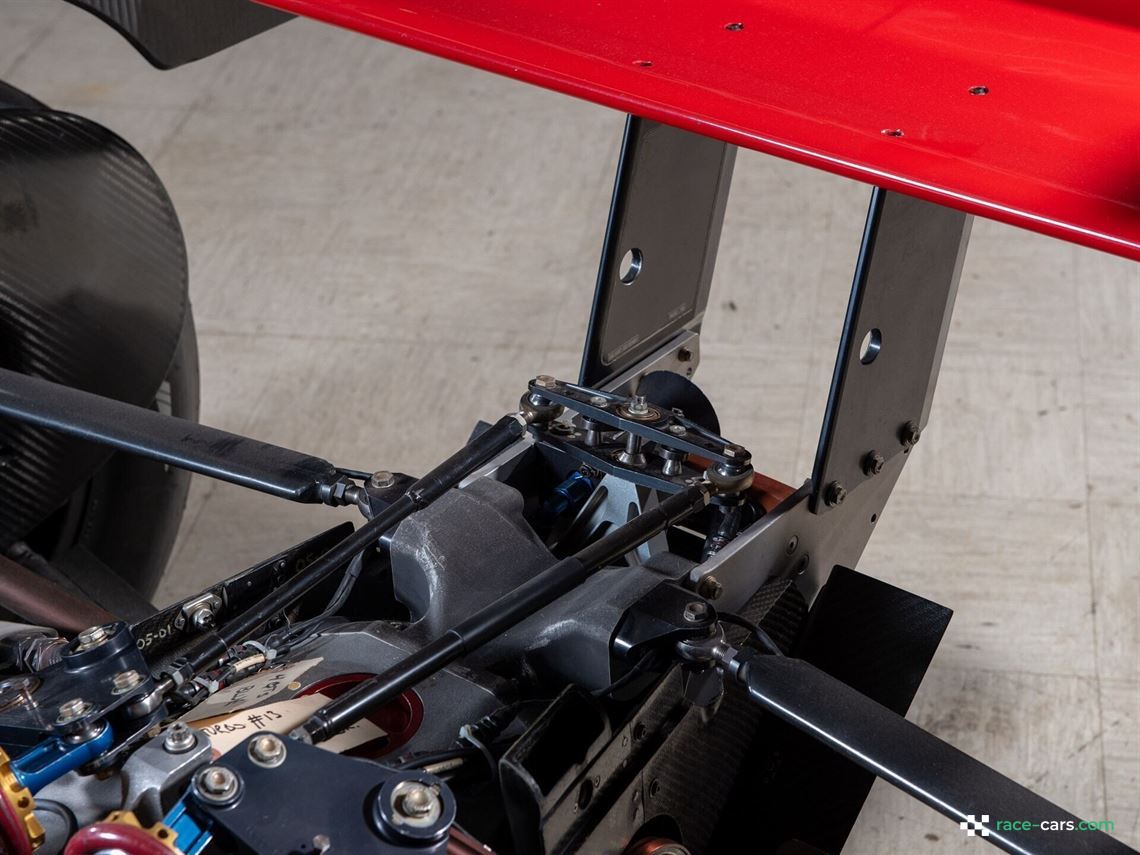 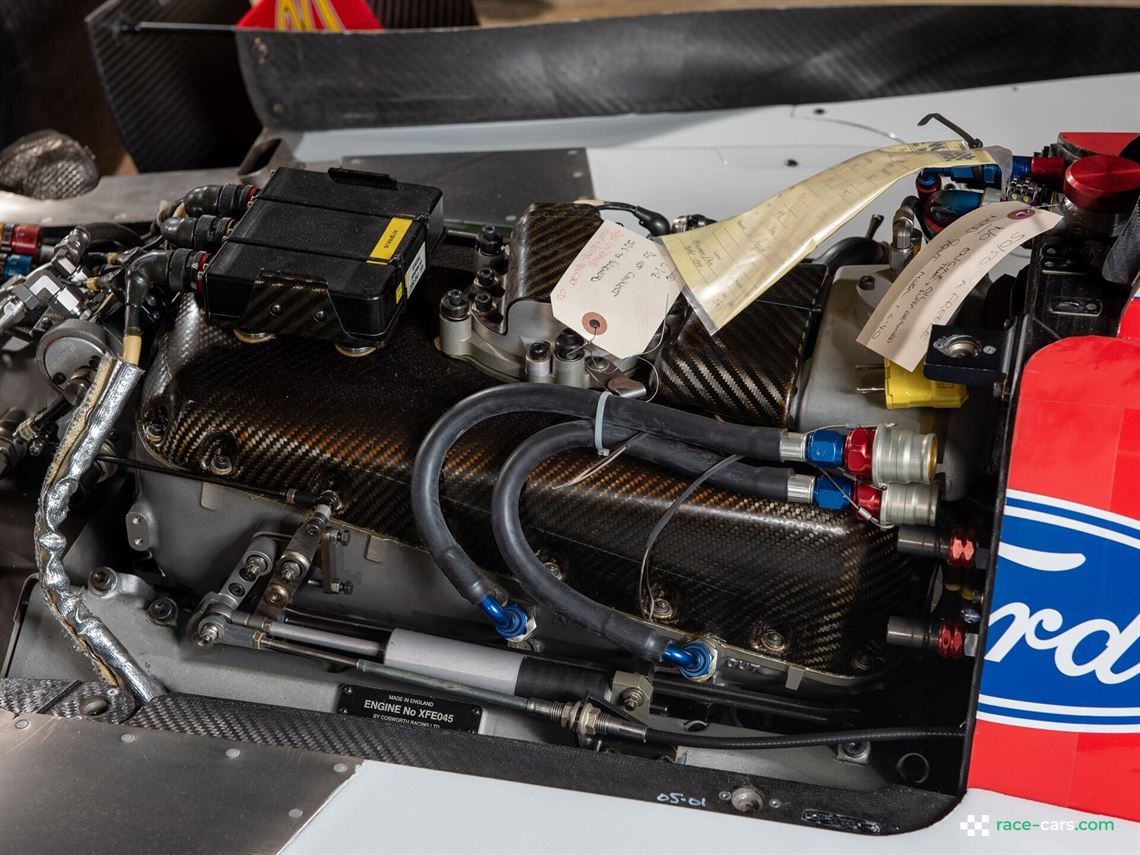 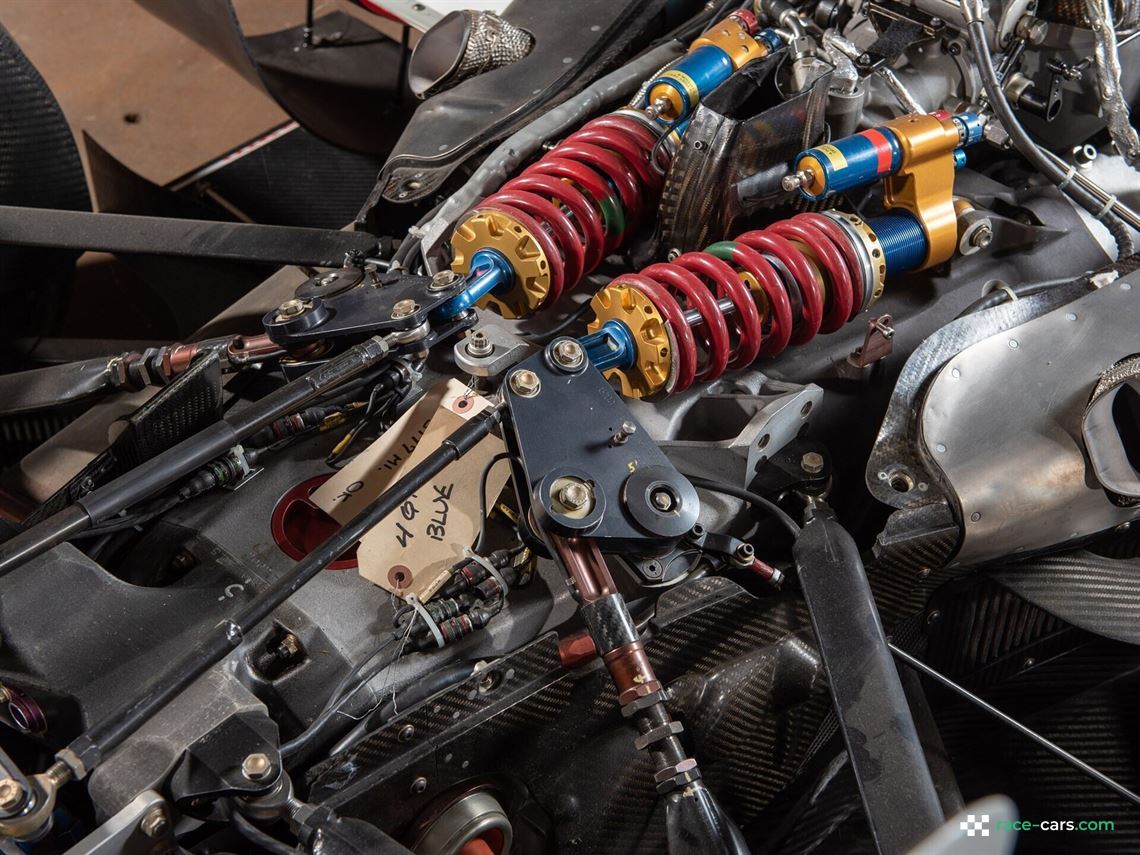 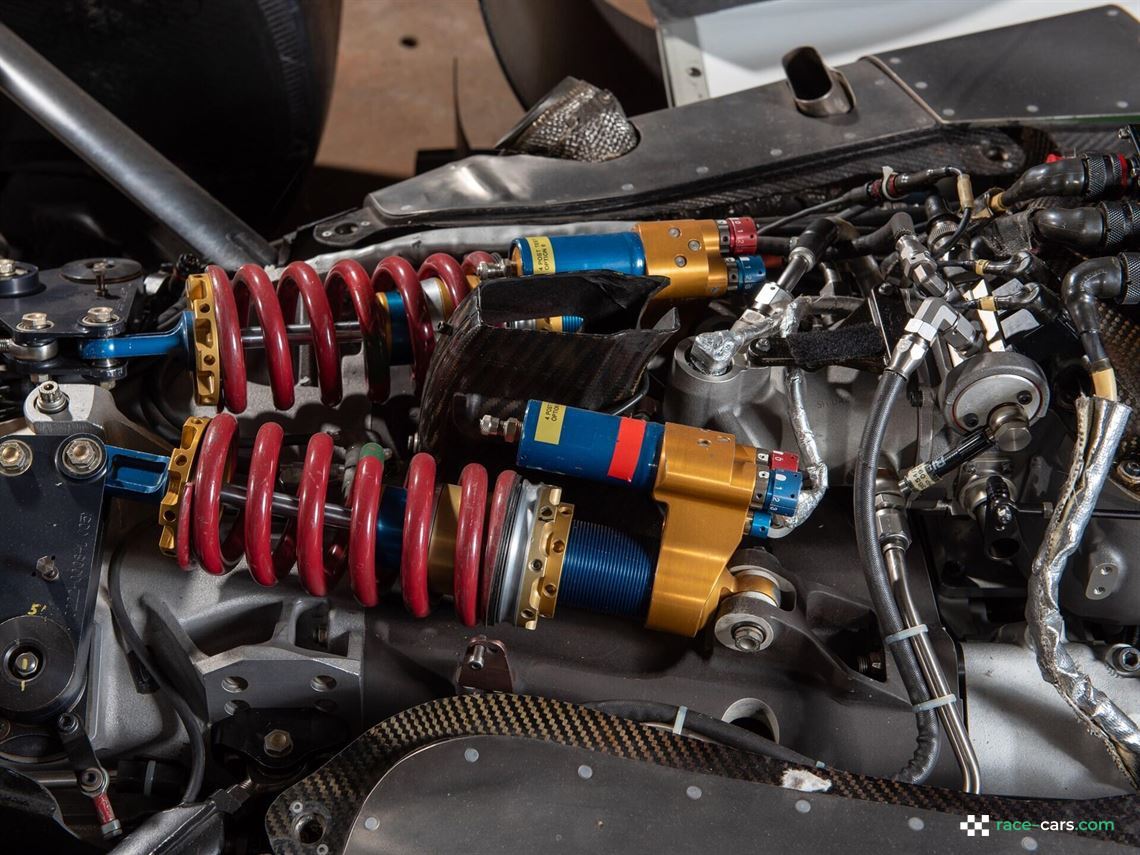 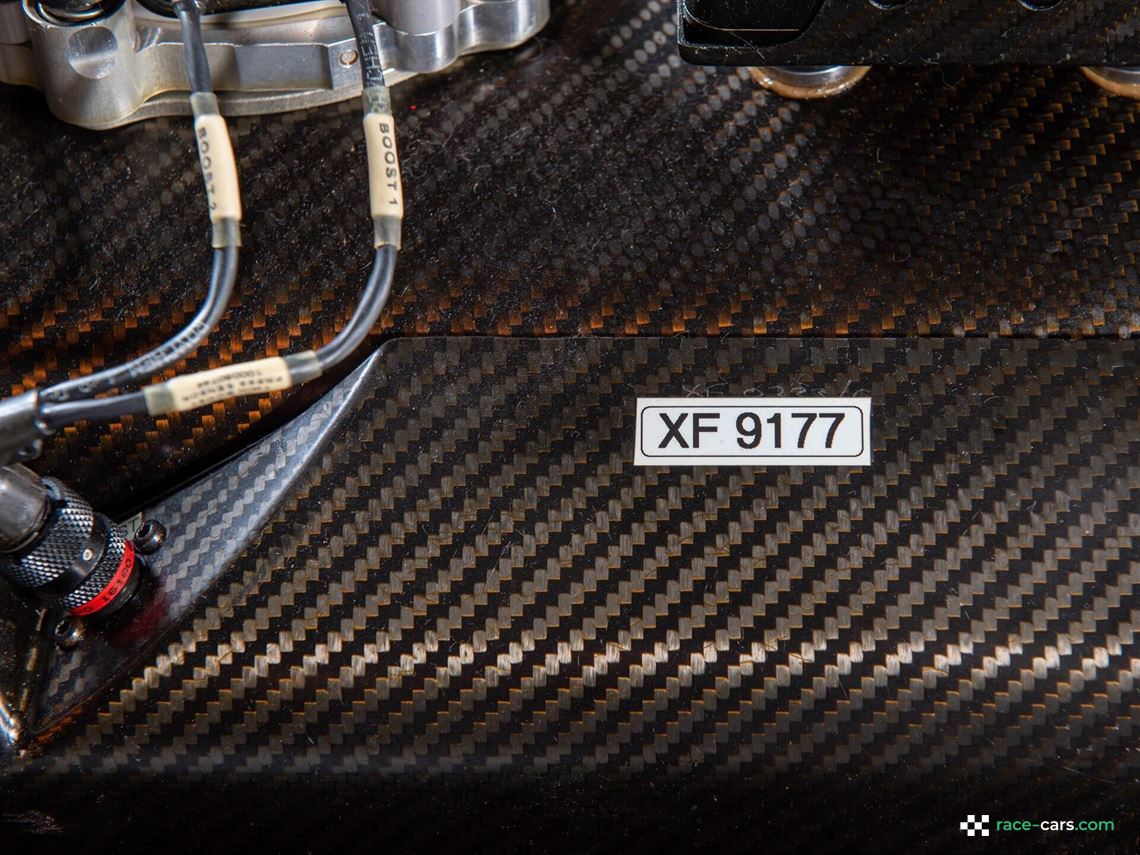 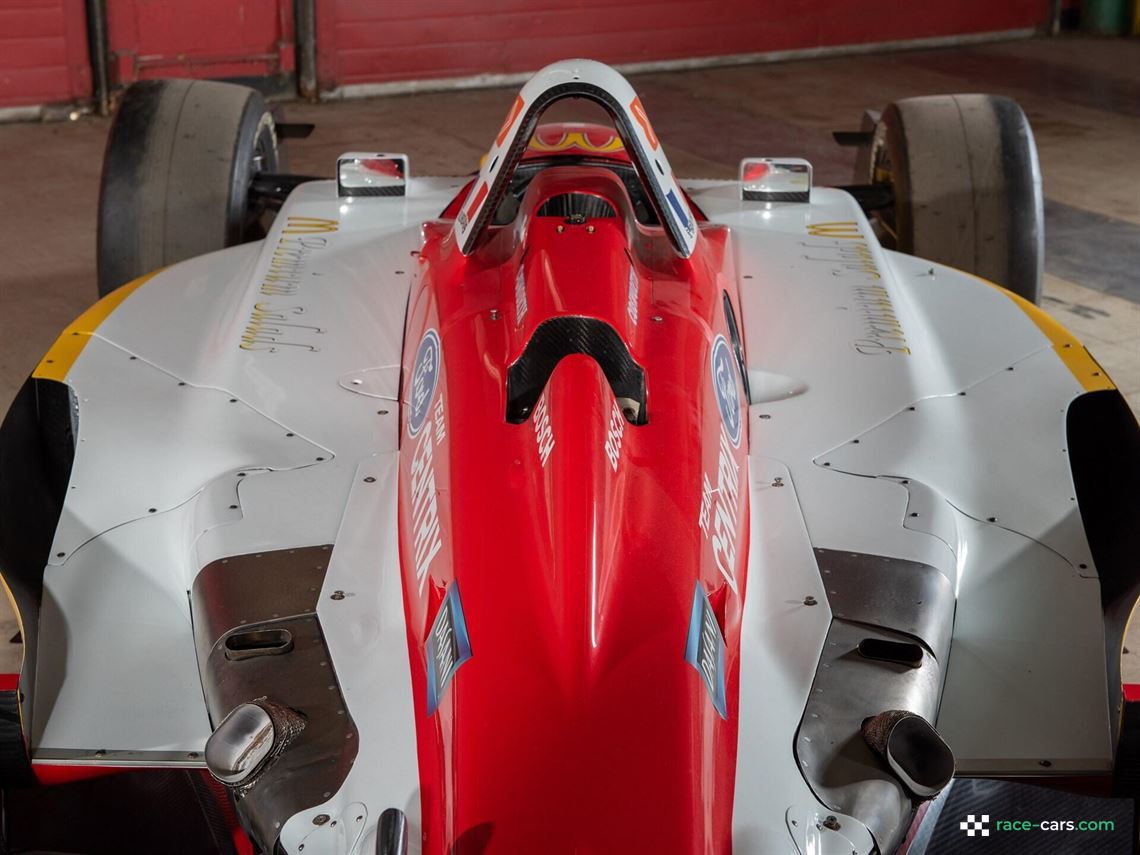 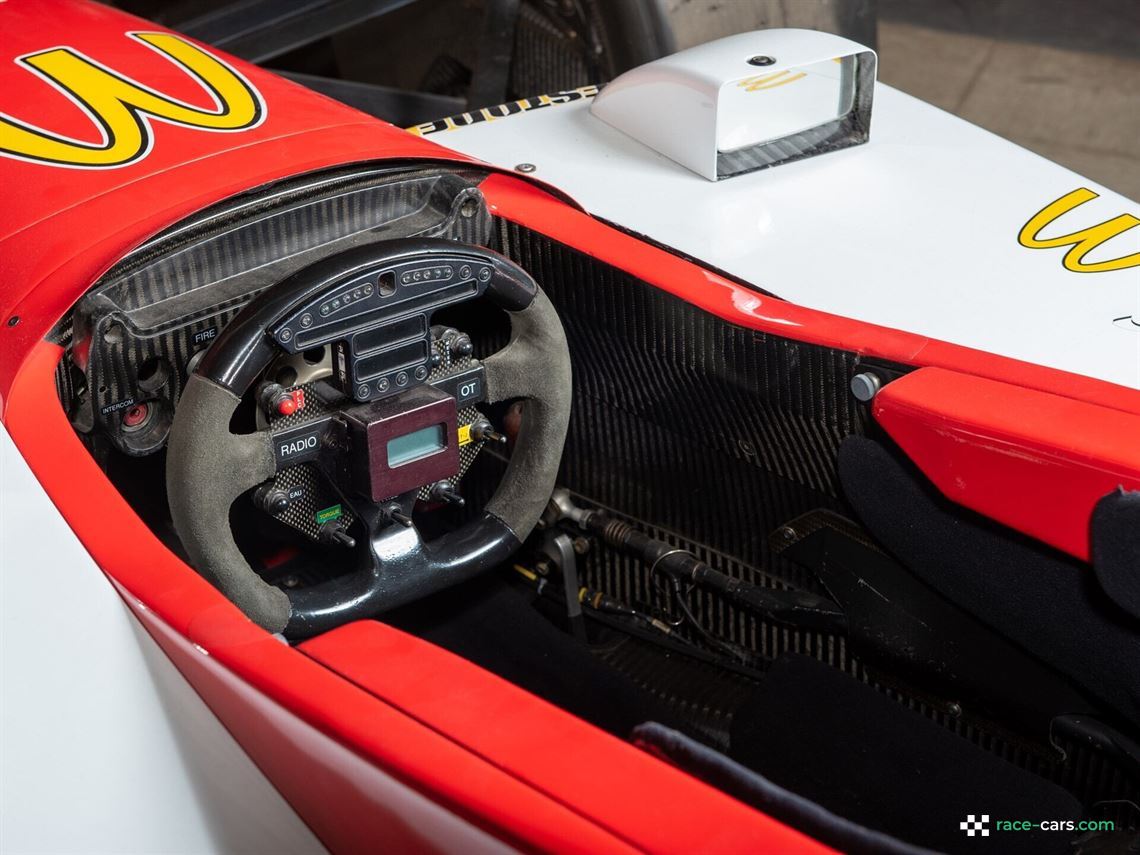 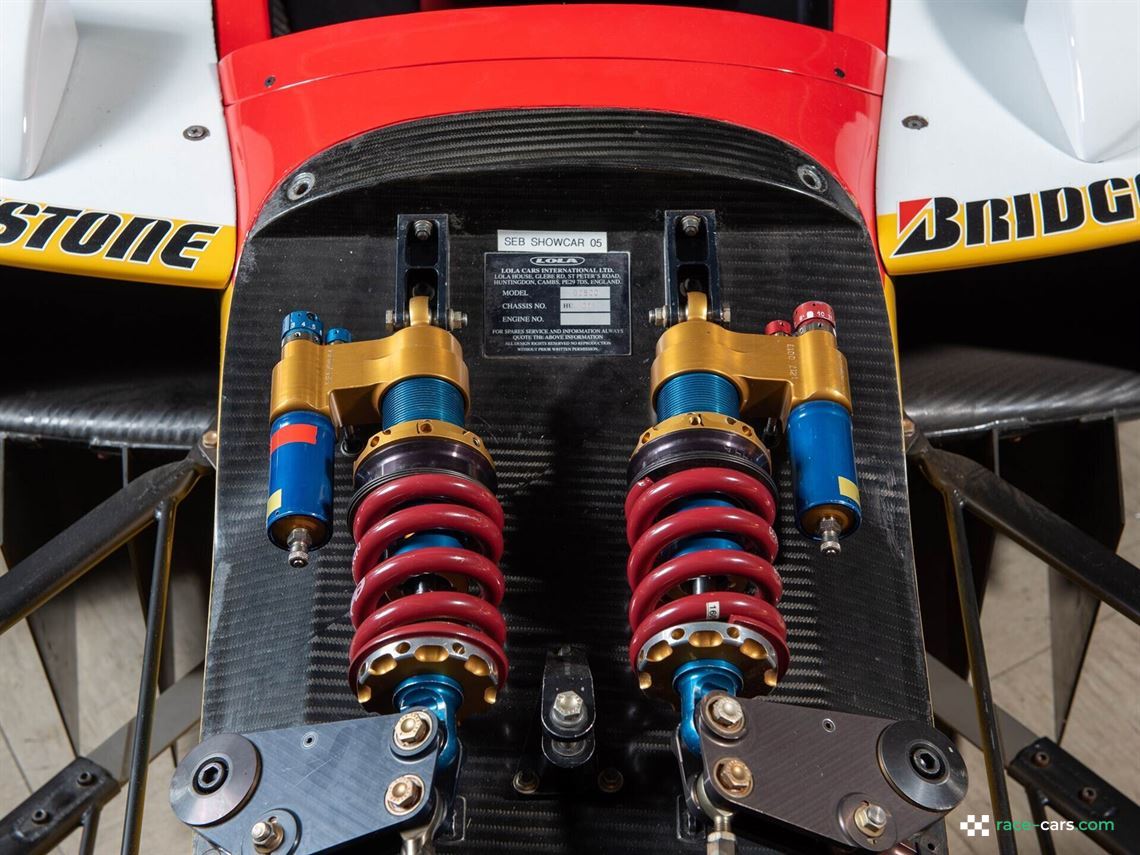 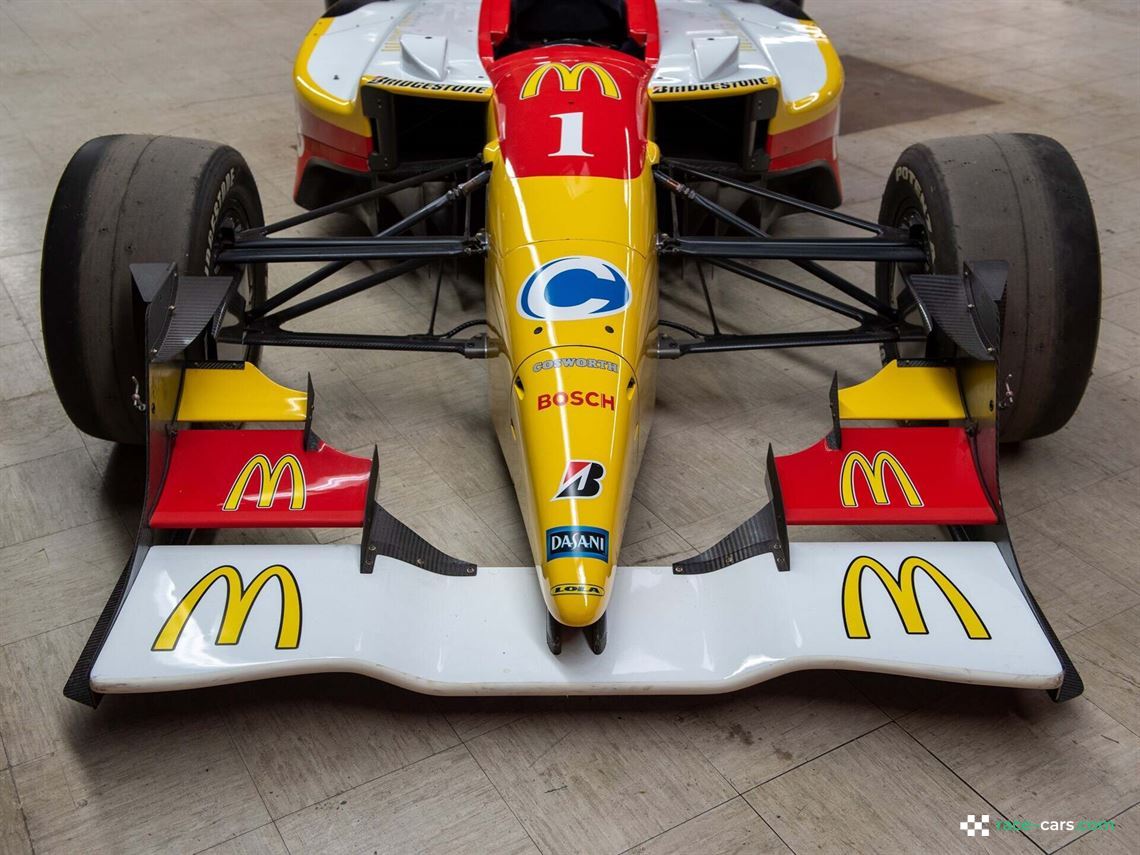 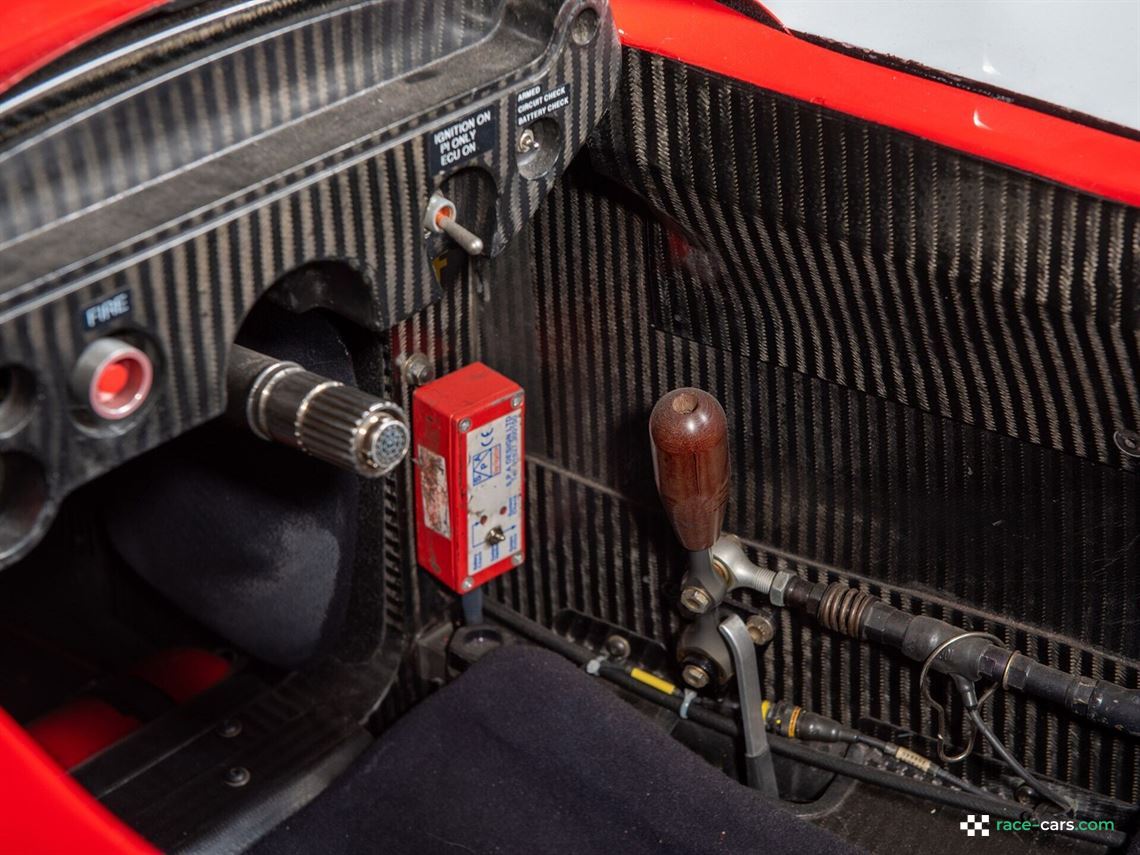 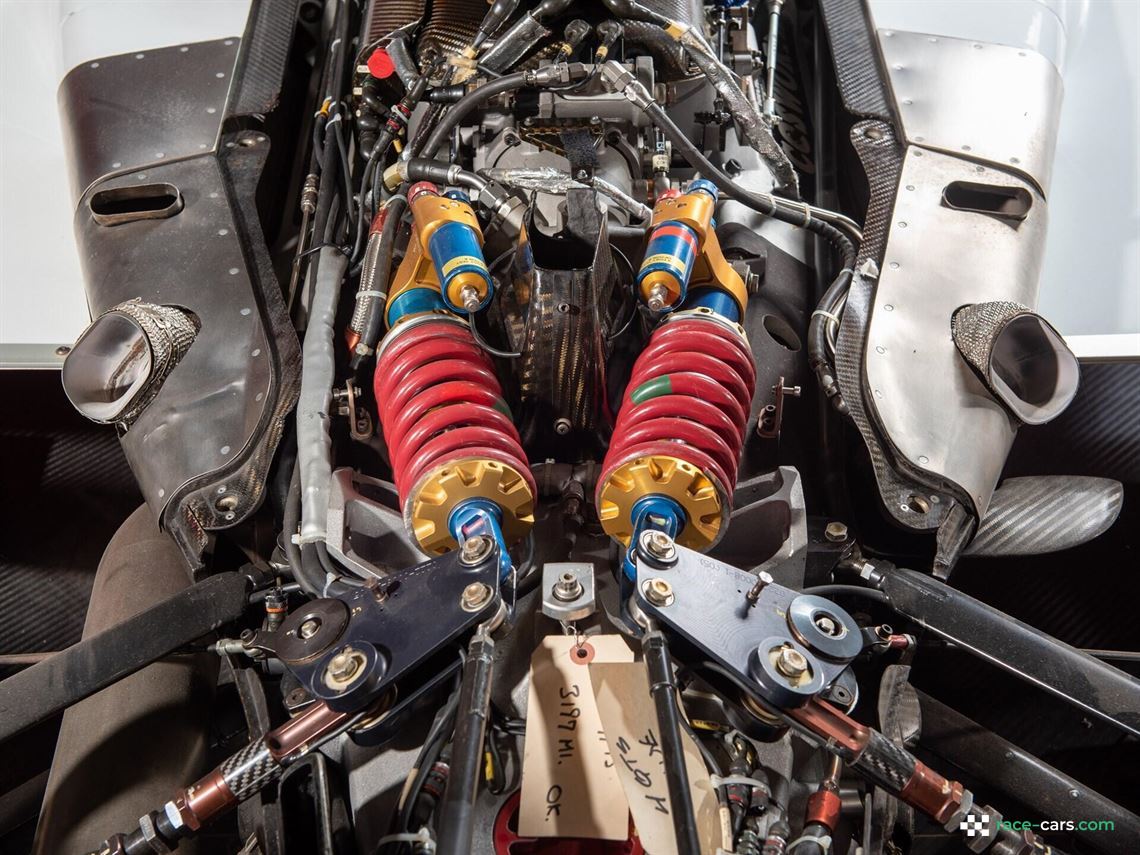 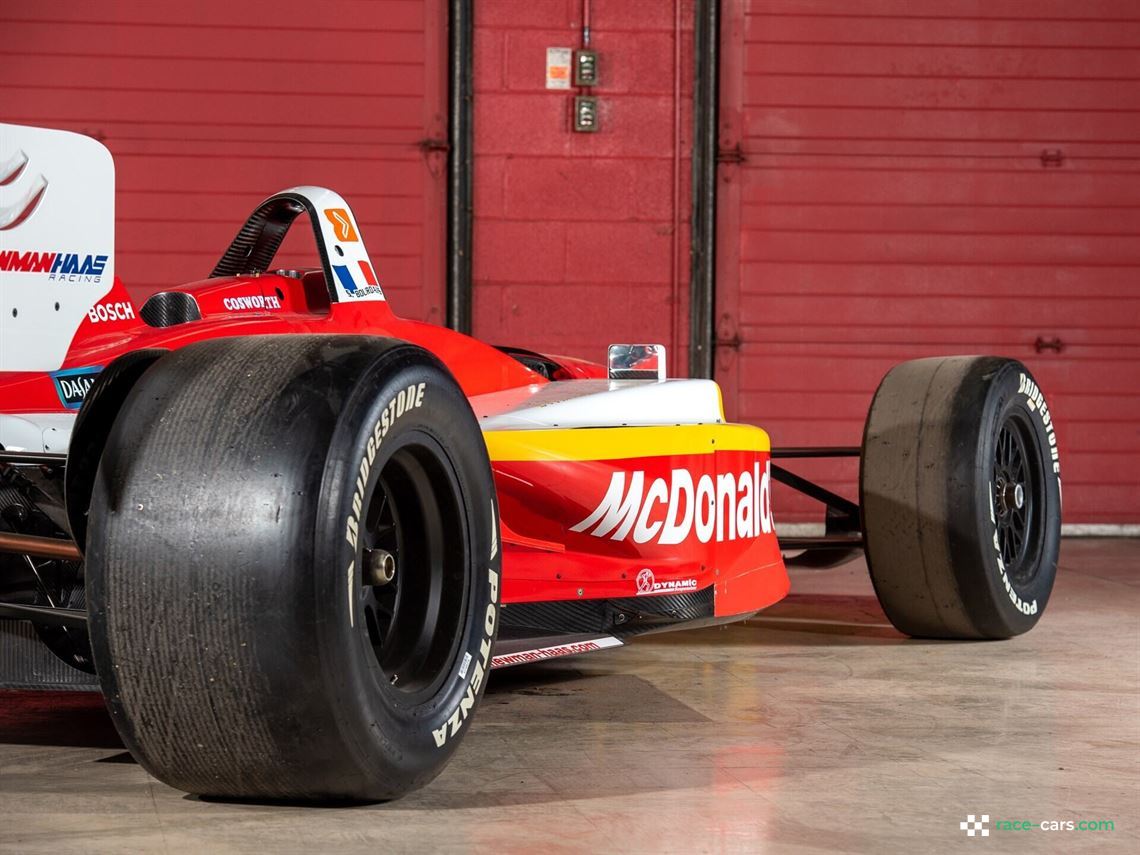 In early 2005, Sébastien Bourdais and Newman/Haas Racing were on top of the world. The up-and-coming Frenchman had, in fact, already arrived—and now counted himself champion of the foremost open-wheel formula series in America.

In striking contrast to the IRL’s “oval-only” schedule, Champ Car still maintained a varied international calendar of fifteen races across some of the world’s premiere oval, road, and street circuits. The series had taken much inspiration from the close-quarters racing of Formula One, and in fact shared several of the same venues. The tight chicanes of Long Beach and sweeping right-handers of Montreal’s Circuit Gilles Villeneuve were pointedly counterbalanced by the 240-mph banking of The Milwaukee Mile and Mexico City’s interminably long back straight. The sun-soaked glamor of Australia’s Surfers Paradise street circuit proved a hilarious contradiction to the utilitarian, paint-striped race at Edmonton Airport—which still saw 200,000 fans take in the festivities.

Put simply, the 2005 Champ Car schedule was a world-class concoction of challenging and wildly diverse circuits, stacked back-to-back from April to November to form a crucible which rewarded the teams (and drivers) who could best adapt to the requirements of each successive race. Newman/Haas and Forsythe Racing were the two dominant teams (and only remaining holdovers from CART’s early days), but the season’s driver lineup was a cutthroat amalgam which featured past and future Formula One members, as well as NASCAR, Indy Car, IMSA, European LM, and of course, Champ Car World Series-winners.

Lola’s Type B05/00 was a rather routine update from the preceding B03 and B01-series models which had so recently carried Bourdais to his first Champ Car title. In fact, the team found their updated B01/00 examples so impressive, that they were retained for use alongside the new B05/00 chassis.

The powertrain remained a stressed component mounted directly to the B05/00’s carbon monocoque chassis and inboard rear suspension. All cars received the same series-spec powerplant from the previous season, a 2.65-liter turbocharged, all-aluminum “XFE” V-8 engine from Cosworth Racing, which was mated to a sequential Hewland transaxle with six forward gears (and reverse).

Thankfully, all of Newman/Haas’ sponsors returned to adorn the B05/00’s familiar red-and-yellow livery alongside title sponsor McDonald's. For his success in 2004, Sébastien Bourdais now wore the coveted #1 race number of a reigning champion.

Team records on file show that this B05/00 propelled Sébastien Bourdais to three of his six victories that season, with two poles, two additional podium finishes, and five fastest laps from seven starts. Most significantly, it carried him to his final and title-clinching win of the 2005 season.

Bourdais tested this chassis for nearly 200 miles at Fontana, Sebring, and Portland, as well as the Milwaukee Mile Speedway in preparation for its debut there in the championship’s third round. Arriving for the race weekend on 3 June 2005, he posted a respectable 6th-best qualifying time on the venue’s banked oval. Bourdais would remain in that position flag-to-flag—a disappointing finish which nonetheless secured Newman/Haas another 19 points.

An awesome podium finish (and fastest lap) at the following round in Portland saw Bourdais and this B05/00 start from 5th on the grid, outpacing several front-runners over the 105-lap sprint and slotting in just behind race-winner Cristiano da Matta. Entering Cleveland on 24 June, Bourdais secured a promising top-five grid spot, but after a tight, traffic-filled race he finished two places off the podium for 5th overall.

Over the next two rounds during which this B05/00 and Bourdais were partnered up—San Jose and Denver— our reigning champion created a crucial lead in the drivers’ championship standings. At the former on 31 July, he powered onto the pole and remained there to take the checkered flag despite consistent challenges from the B02/00 of Forsythe’s Paul Tracy. At the latter on 14 August, Bourdais efficiently transformed a leading grid spot into his fourth win of the season. Newman/Haas Racing’s technical team was unmatched, and their singular ability to extract every ounce of pace from the B05/00 allowed Bourdais to not only win these two important races, but also set pace-breaking fastest lap times which saw him finish an average gap of nearly 9.5 seconds.

Bourdais now possessed a 50-point lead over Paul Tracy entering Round 10 of the 2005 season, hosted by the Circuit Gilles Villenueve in Montreal. Starting from pole, Bourdais led the race while posting an impressive six-second lead. However, chaos struck on lap 61 when the entire field surged into pit lane en masse during a safety car period. A problem with one the B05/00’s rear tires cost Bourdais invaluable time, and ultimately, the race win.

He subsequently rejoined the race and over the final 15 laps, the reigning champion managed to secure a 4th place finish.

In the shadow of his poor luck at Montreal, Bourdais refocused himself for the season’s penultimate contest, the Lexmark Indy 300 at Surfers Paradise, a narrow, skyscraper-lined street circuit just a few feet from Australia’s most famous Gold Coast beach. So long as he could finish the race in a respectable position and nurse the B05/00 home, the 2005 title was his. In laymen’s terms, Bourdais and the car simply needed to survive; “take it easy,” was the official team order.

But in the famous tradition of racecar drivers, the bespectacled Frenchman attacked the track like a man possessed. Having locked up the top grid row alongside teammate Oriol Servia,

Bourdais and Paul Tracy alone escaped a massive shunt at the race’s first corner which activated a six-lap safety car period and knocked Servia down to 13th. Bourdais and his B05/00 rode Tracy hard until the 21st lap, when a brilliantly planned pit stop saw the Newman/Haas driver undercut Forsythe’s memo to Tracy, thereby handing Bourdais the lead. The race’s remaining 36 laps saw the reigning champion really pour on the pace—thereby using this Lola to establish his final fastest lap accolade of the season and clocking up over nine seconds of lead time from runner-up Justin Wilson.

This important Newman/Haas Racing B05/00 is presented in very much the same state in which Sébastien Bourdais won the 2005 Surfers Paradise race and clinched his second consecutive Champ Car World Series title. It still wears the correct-type mirror shrouds, front and rear wings, and McDonald's livery. A period-correct Cosworth XFE engine and Hewland transaxle are mated to its Lola chassis, which rides on a set of OZ cast magnesium wheels and Bridgestone Potenza race tires.

This is a fantastic opportunity to secure one of the most significant Champ Car era-chassis, directly from Newman/Haas Racing—the team for which it secured a second consecutive series championship.

Powered Nigel Mansell to four of his five victories that season, with three poles.

A Trophy Truck like no other is getting ready to go up for auction in December/January.