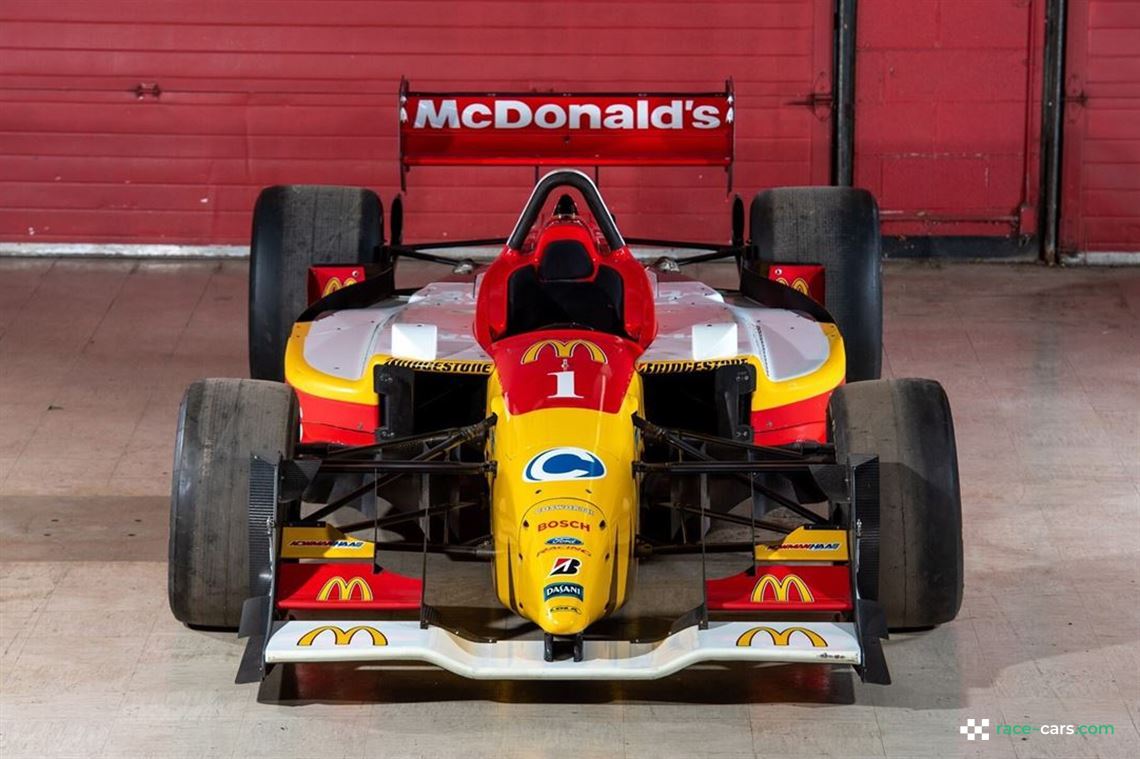 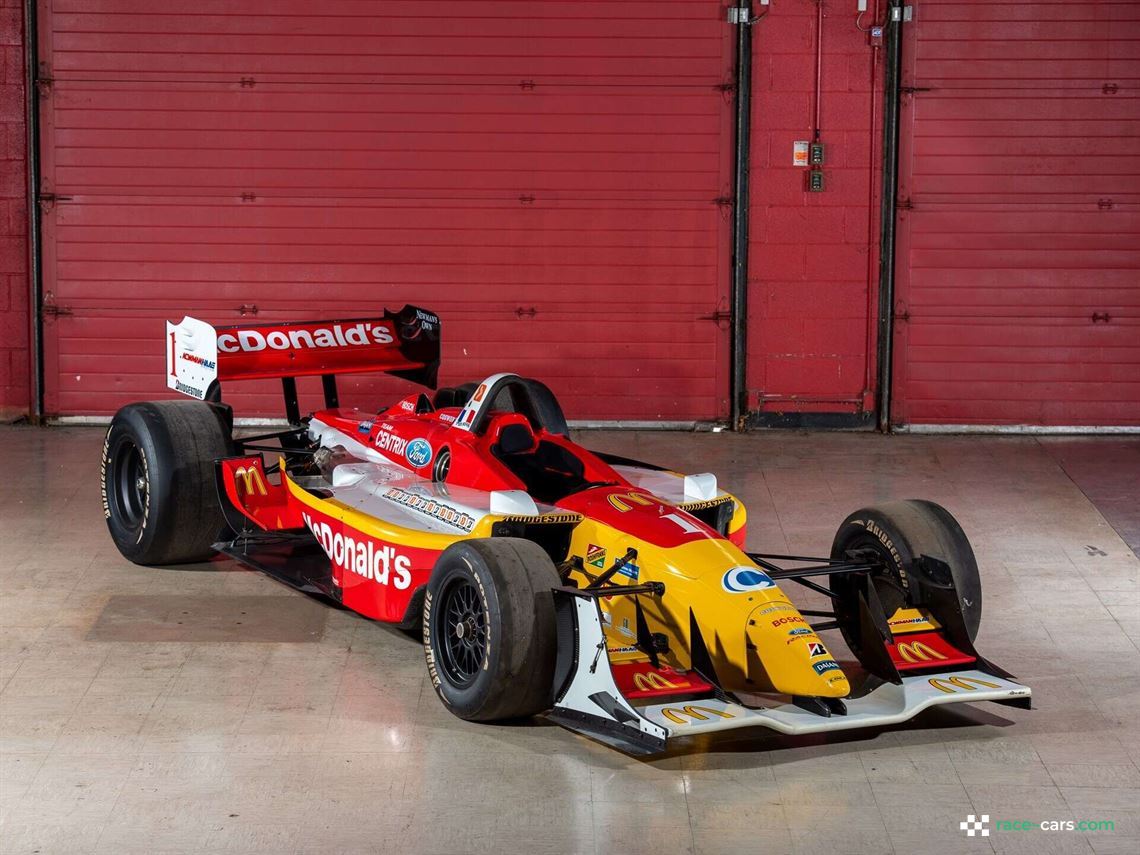 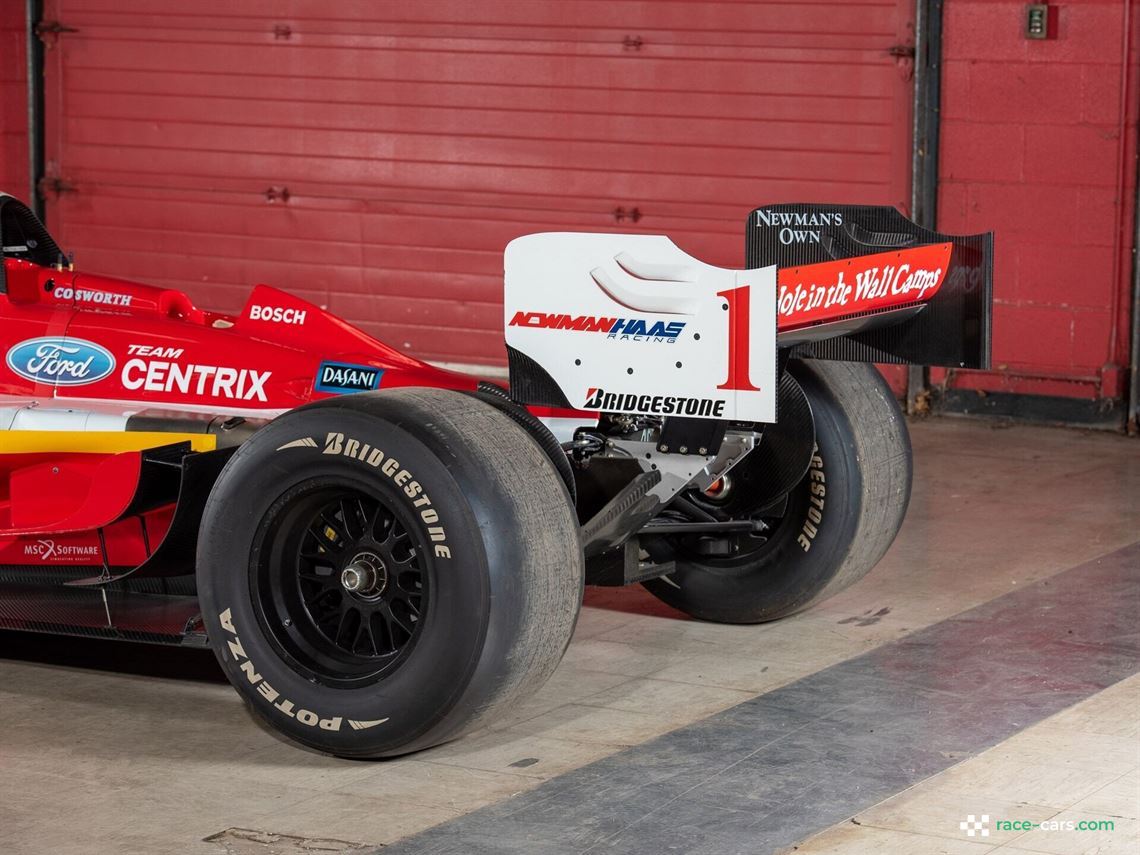 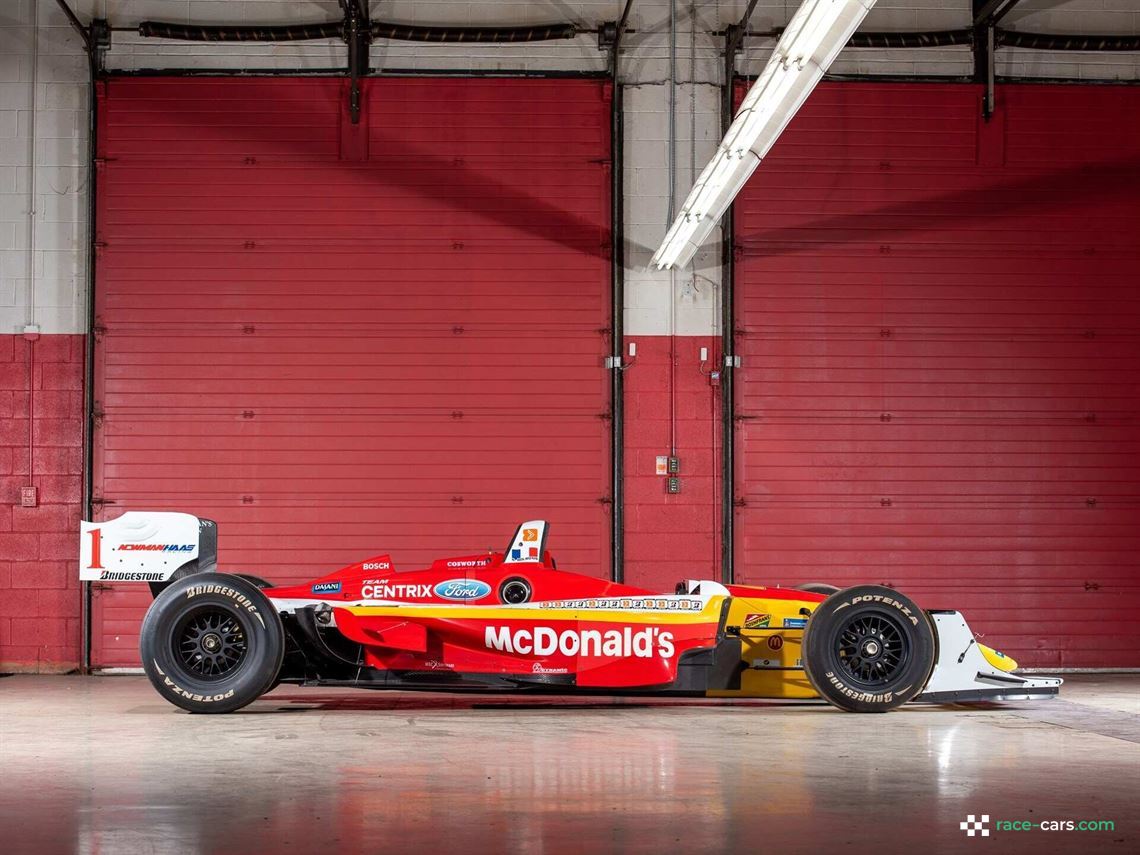 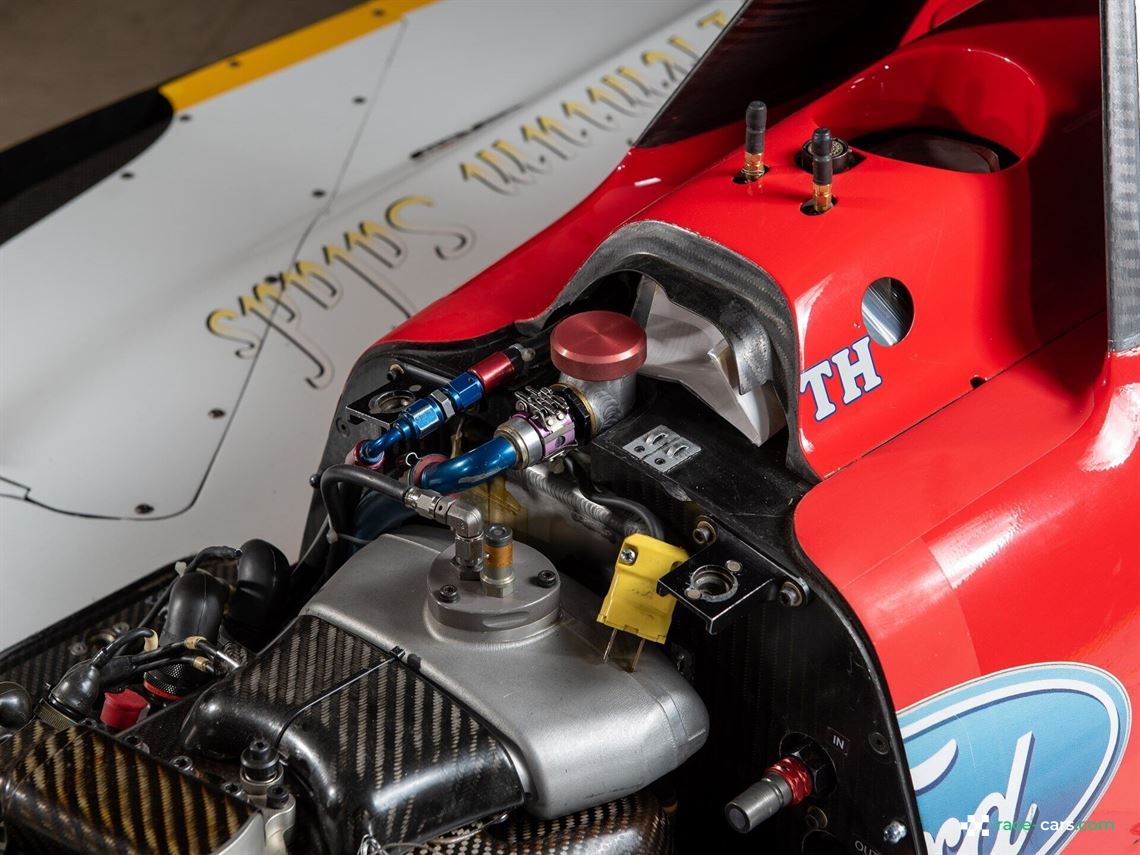 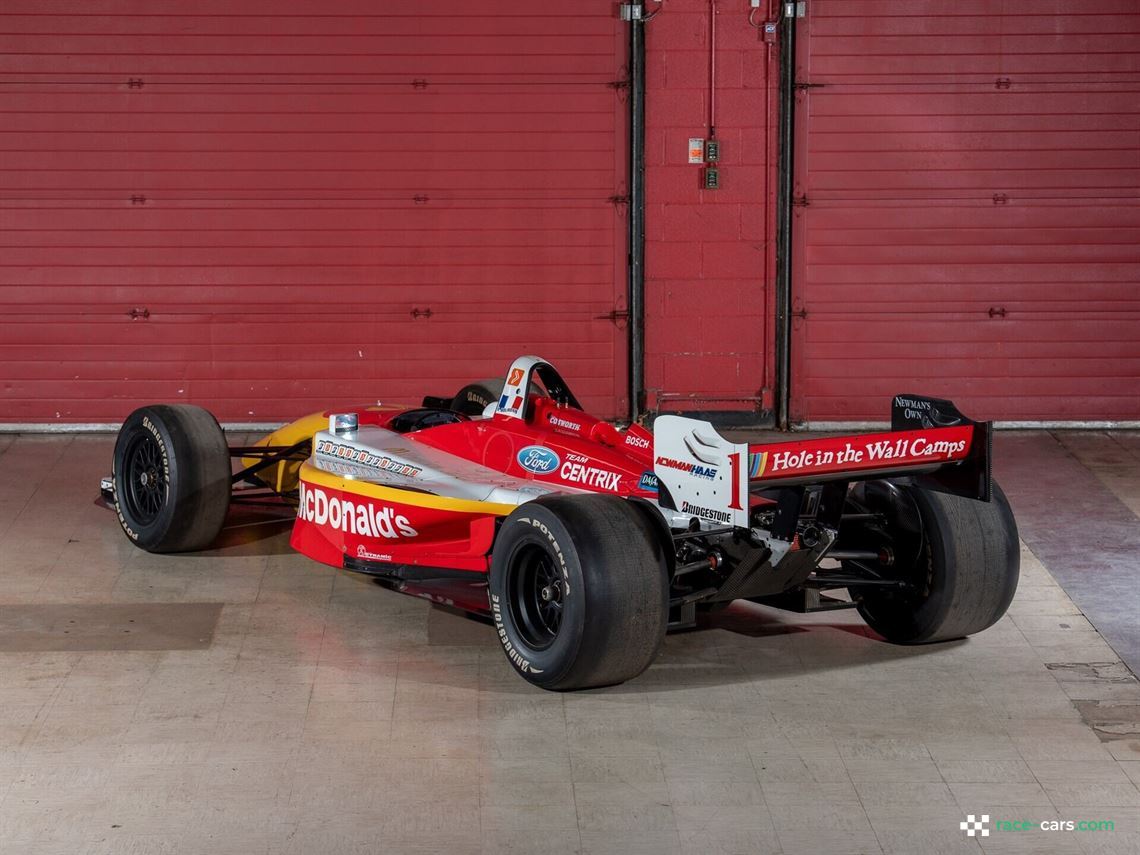 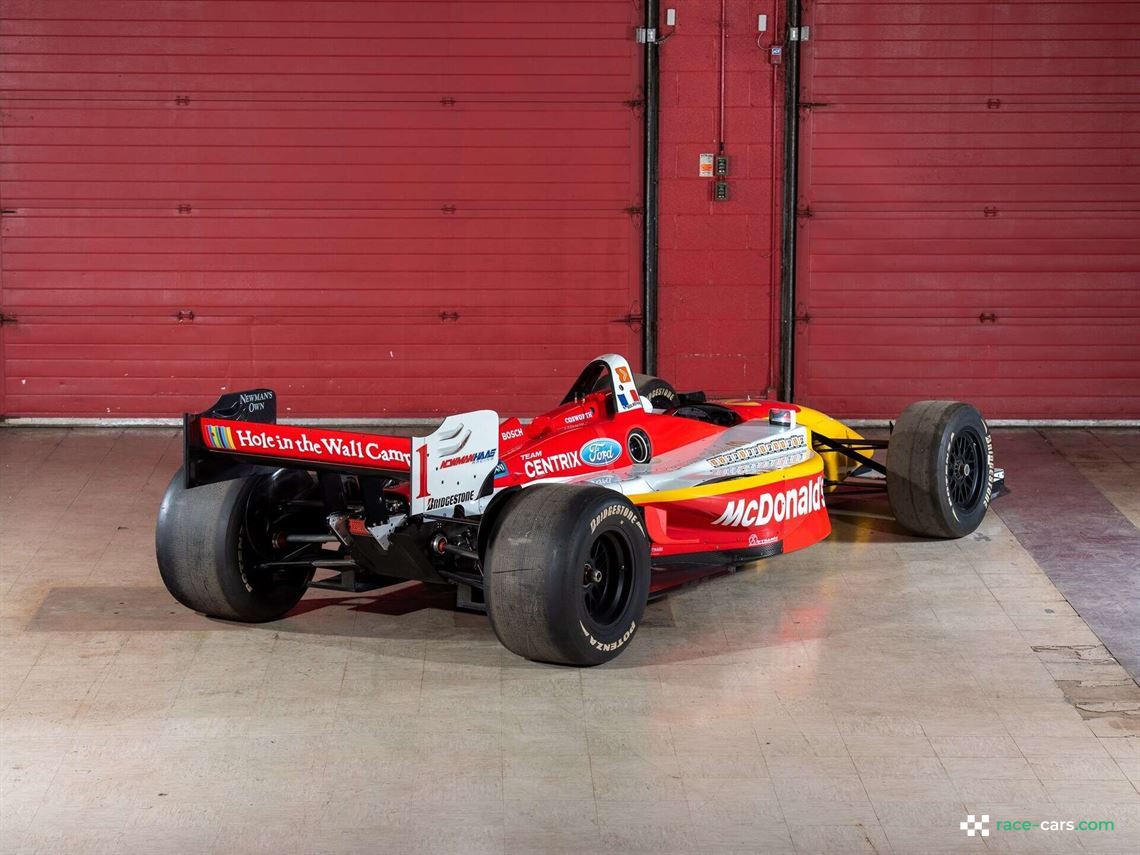 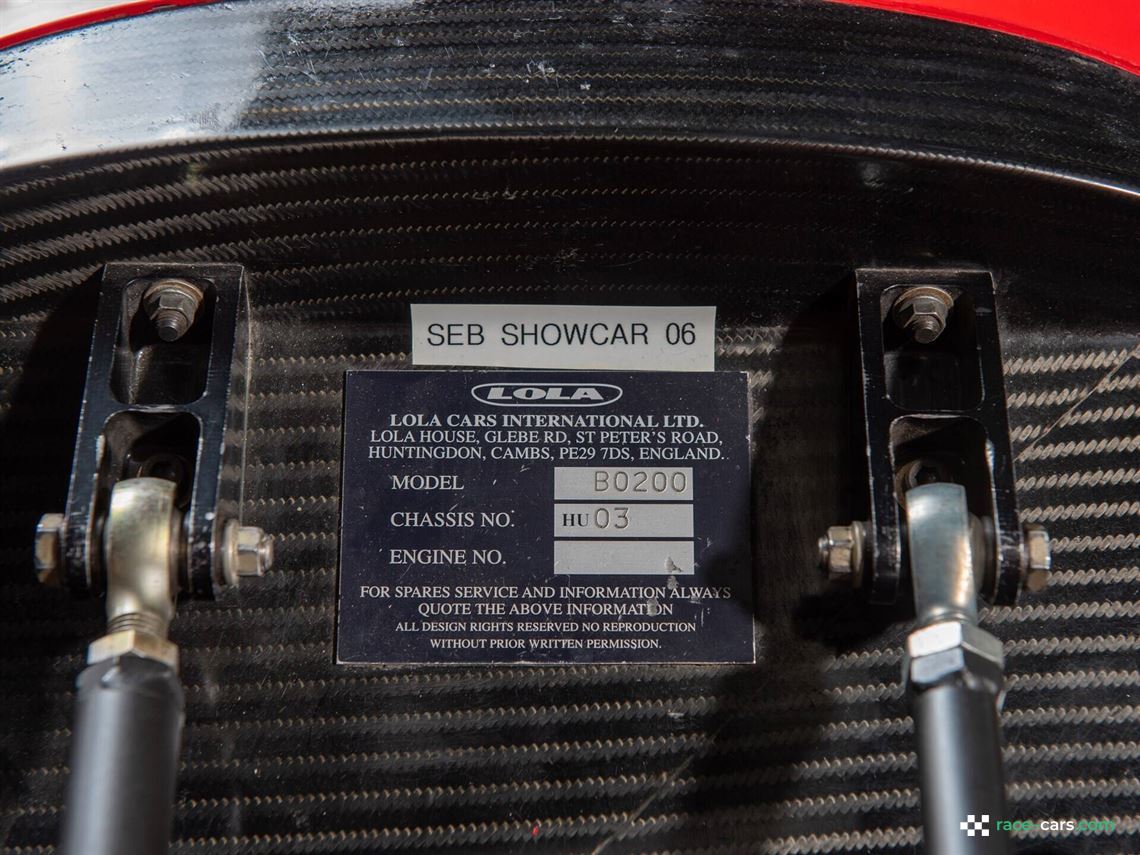 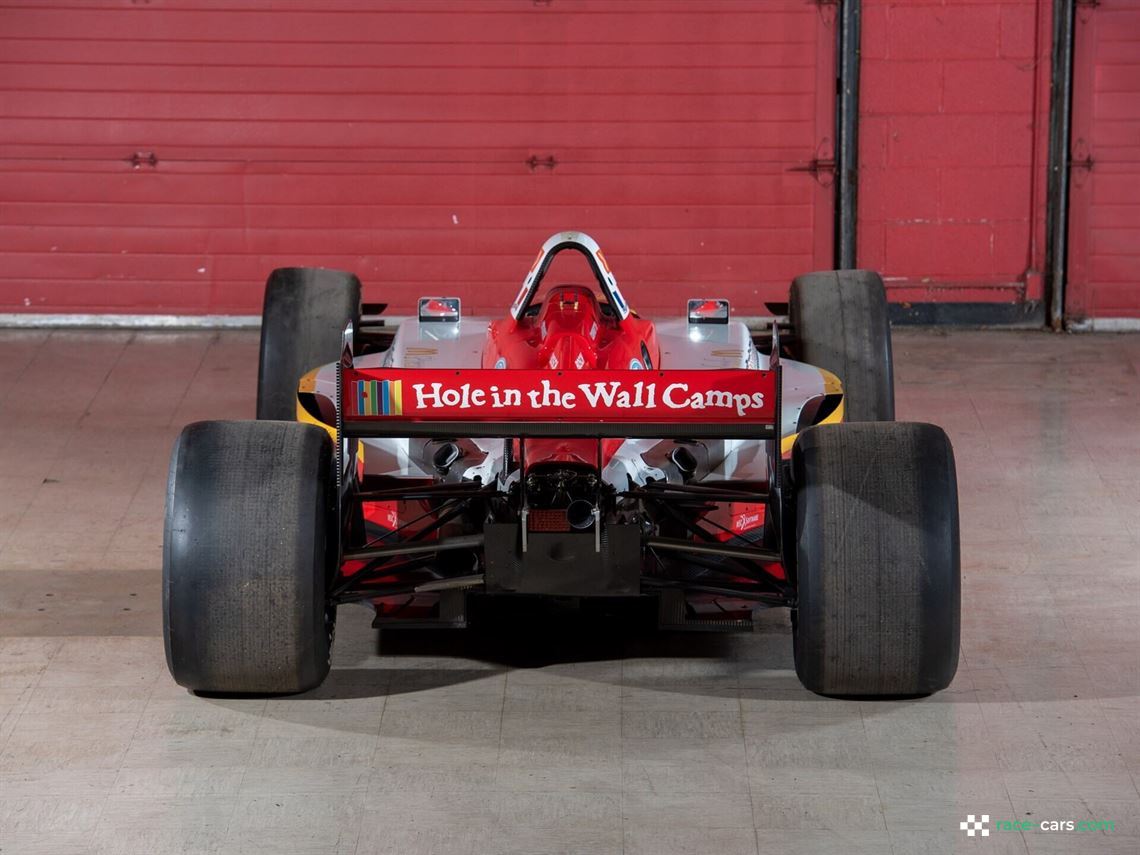 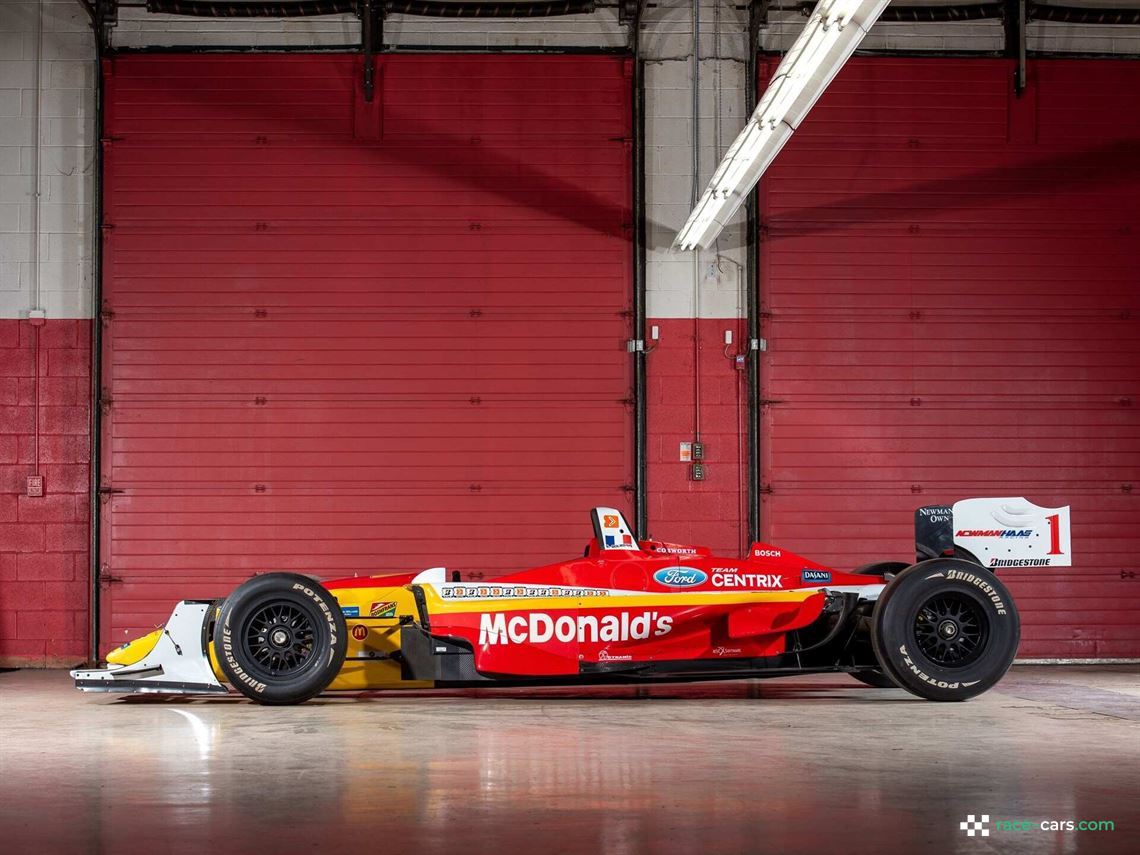 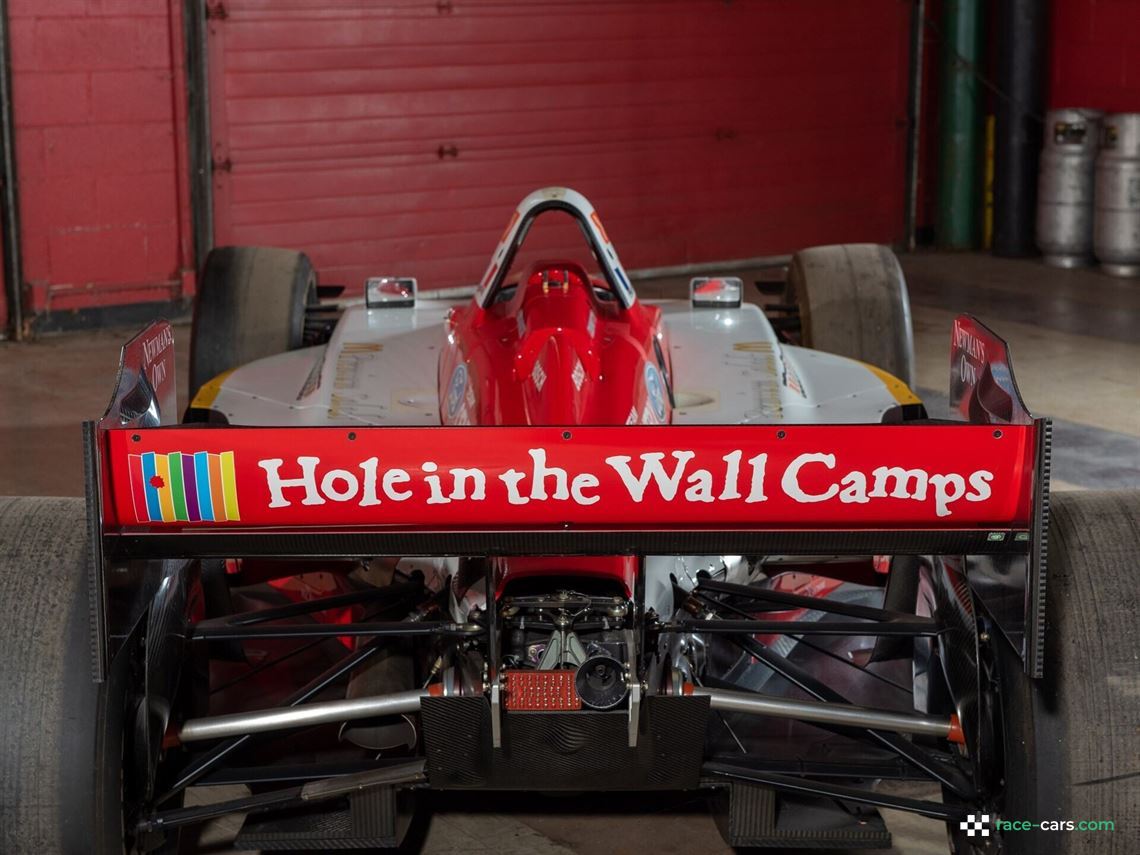 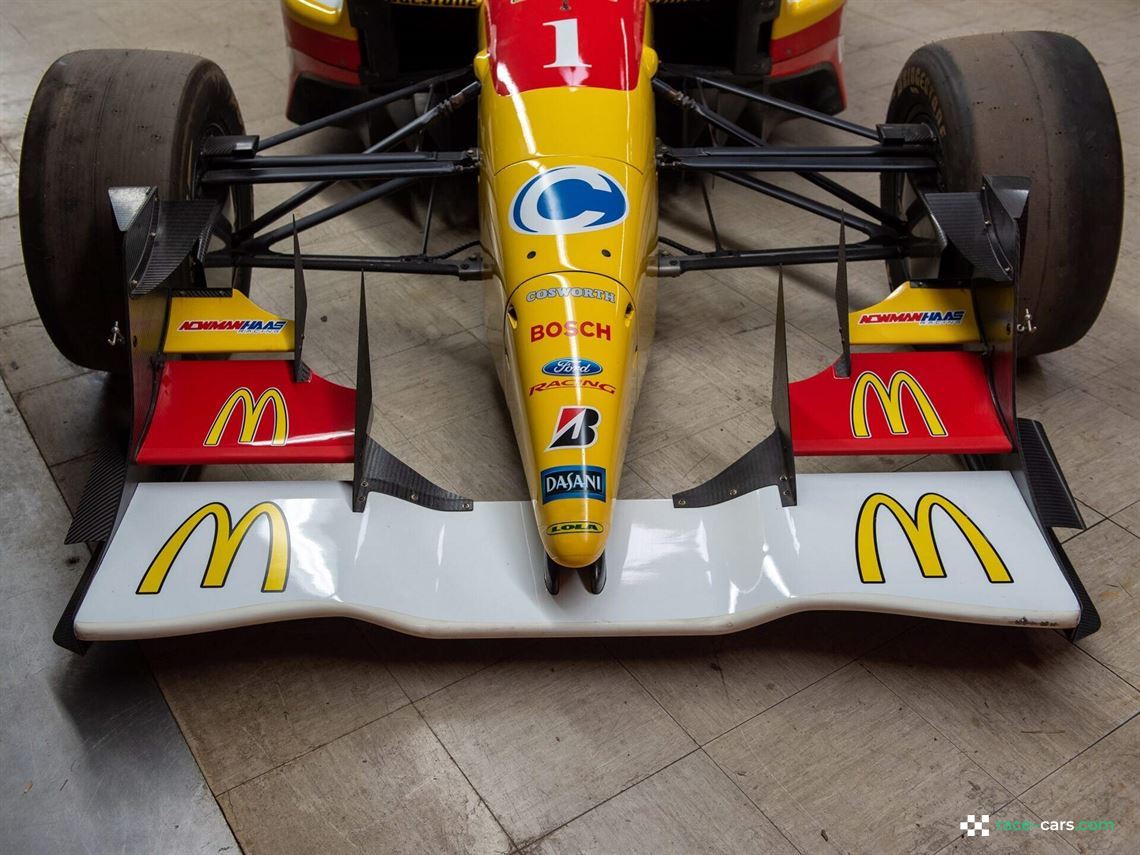 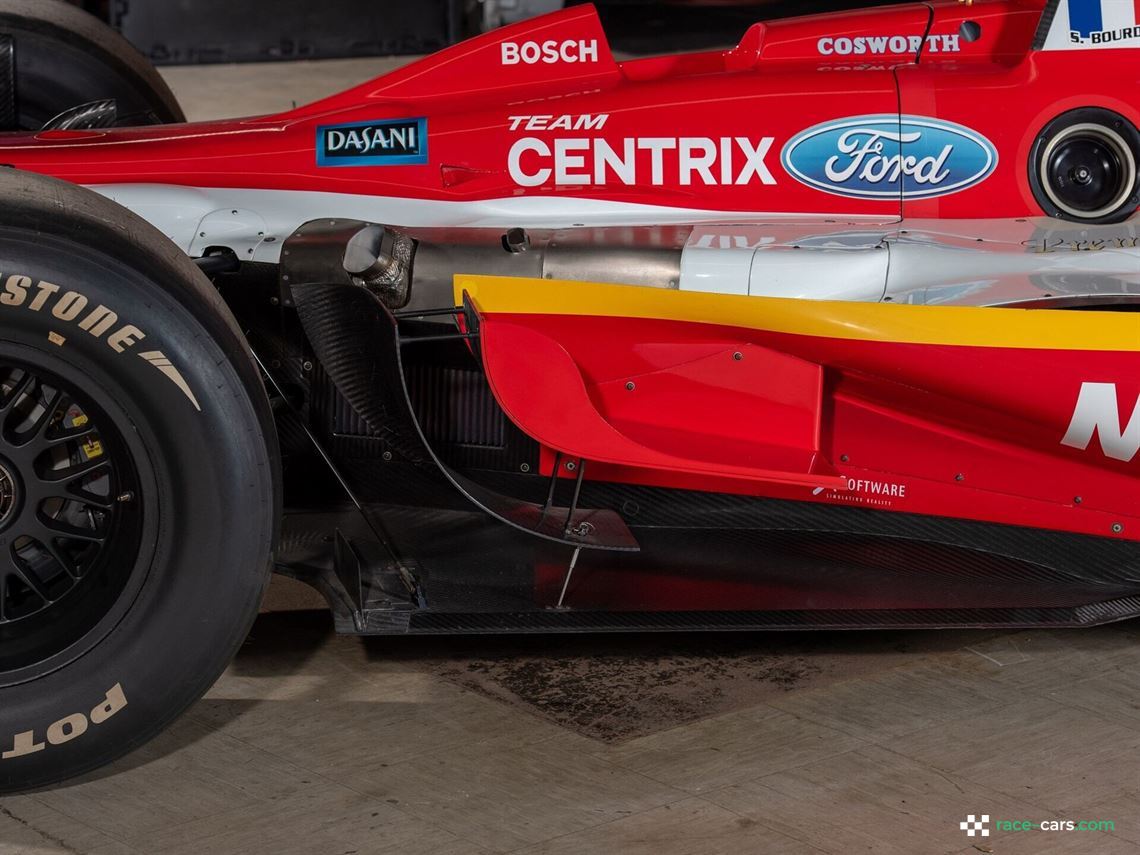 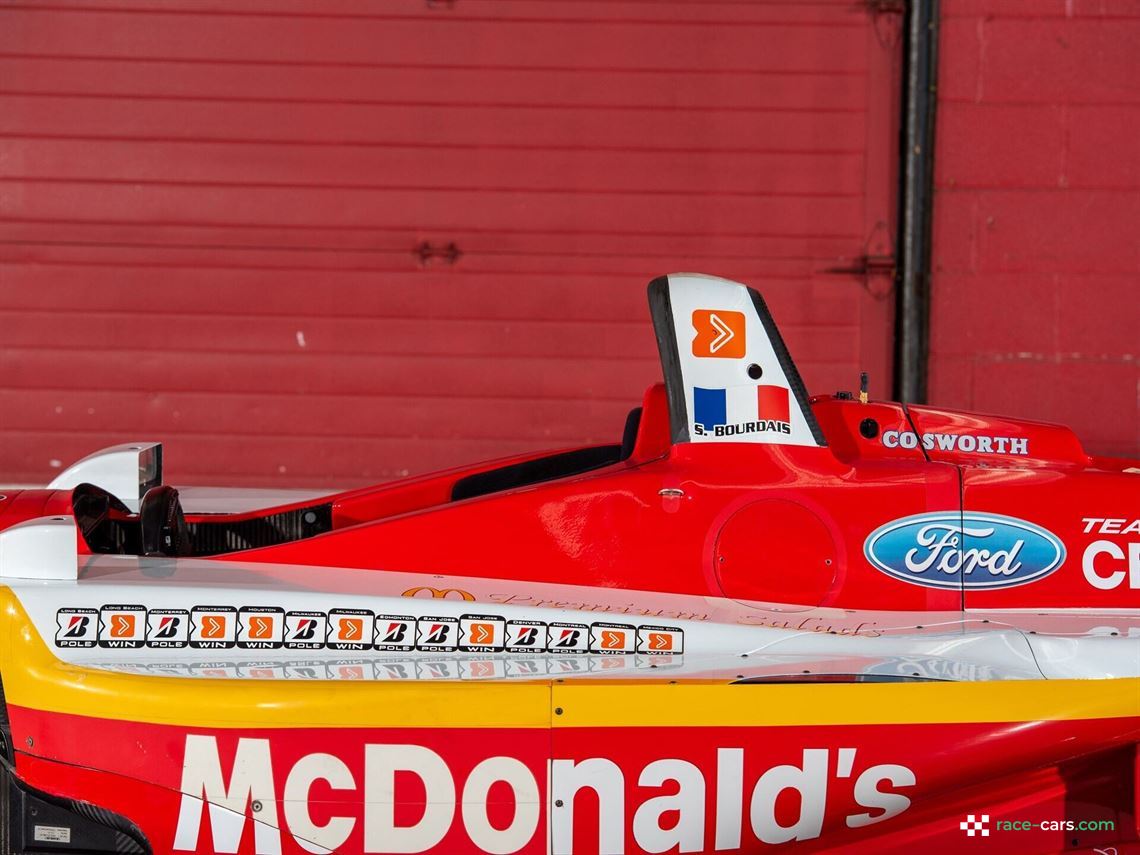 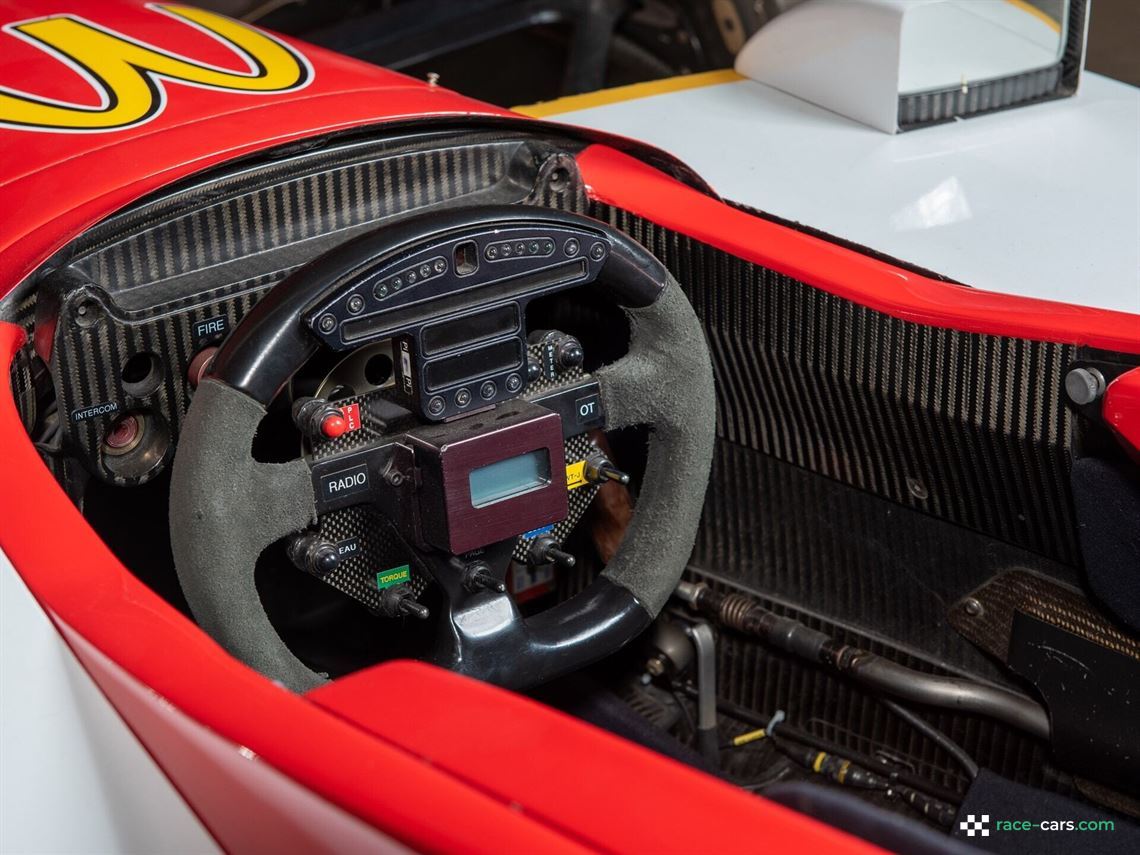 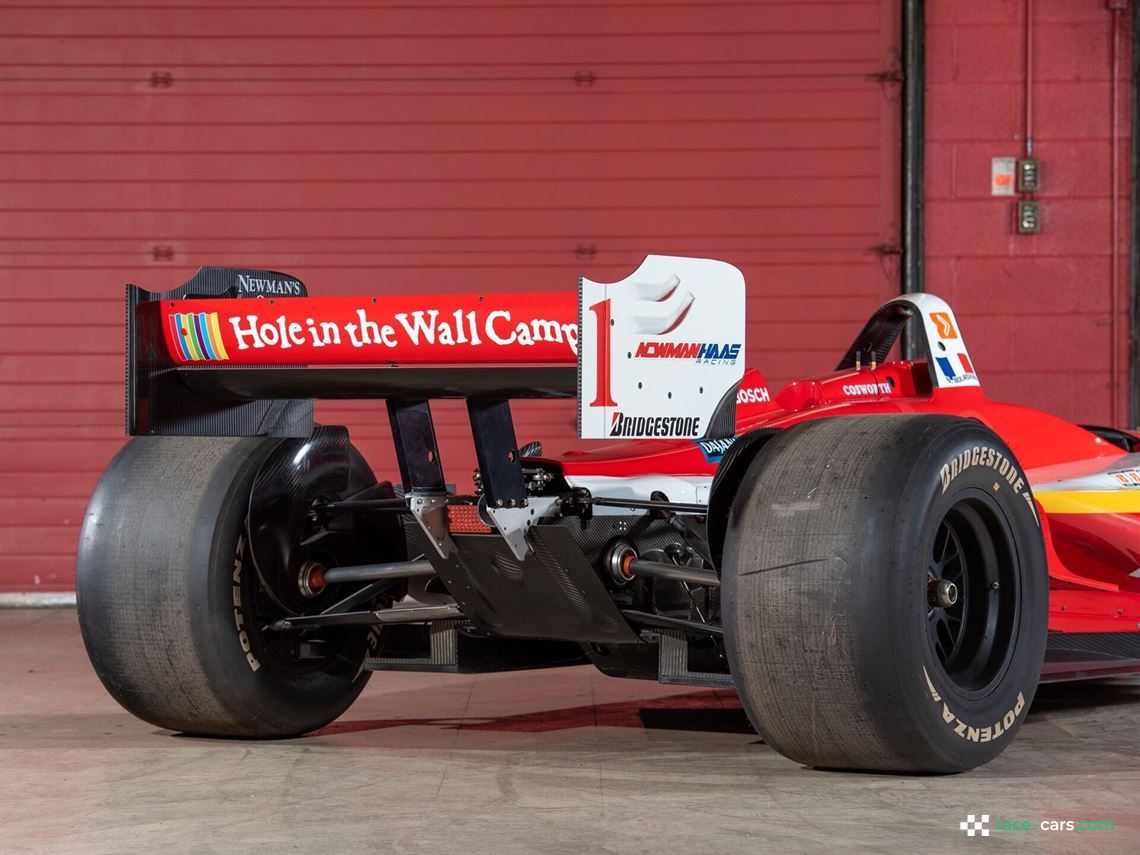 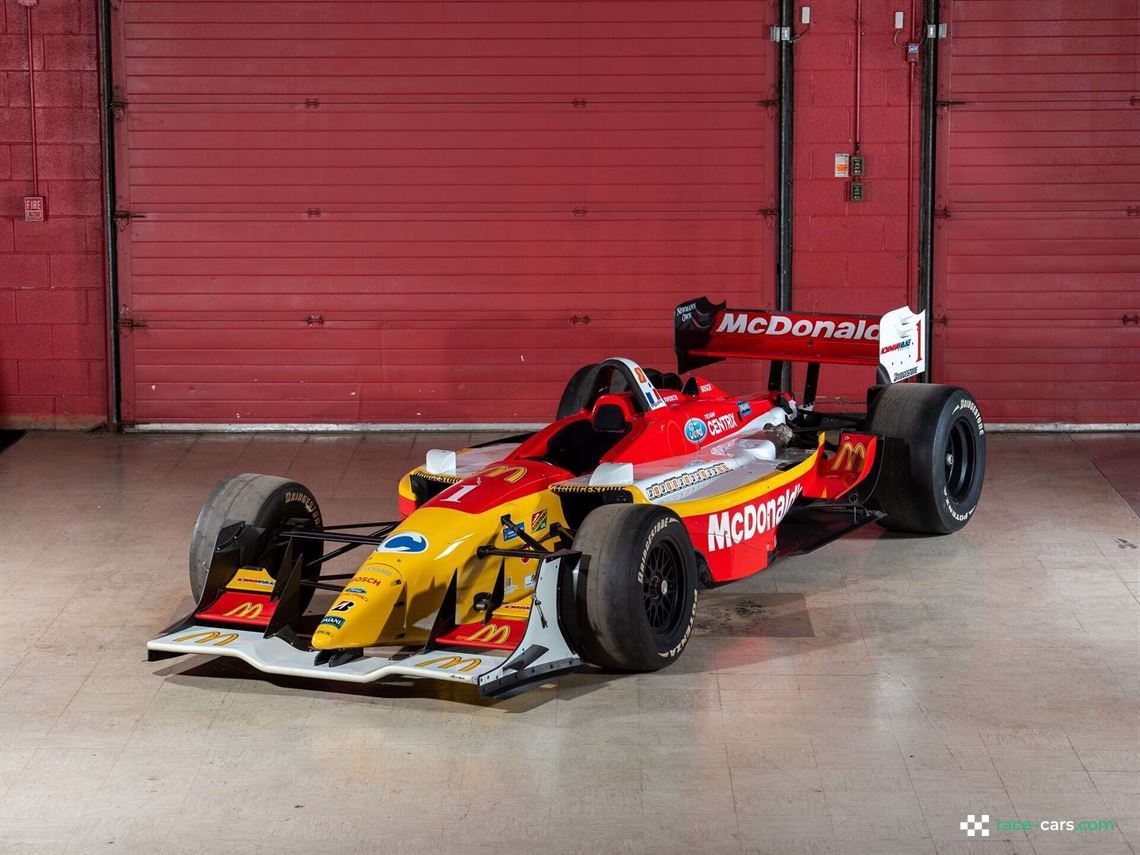 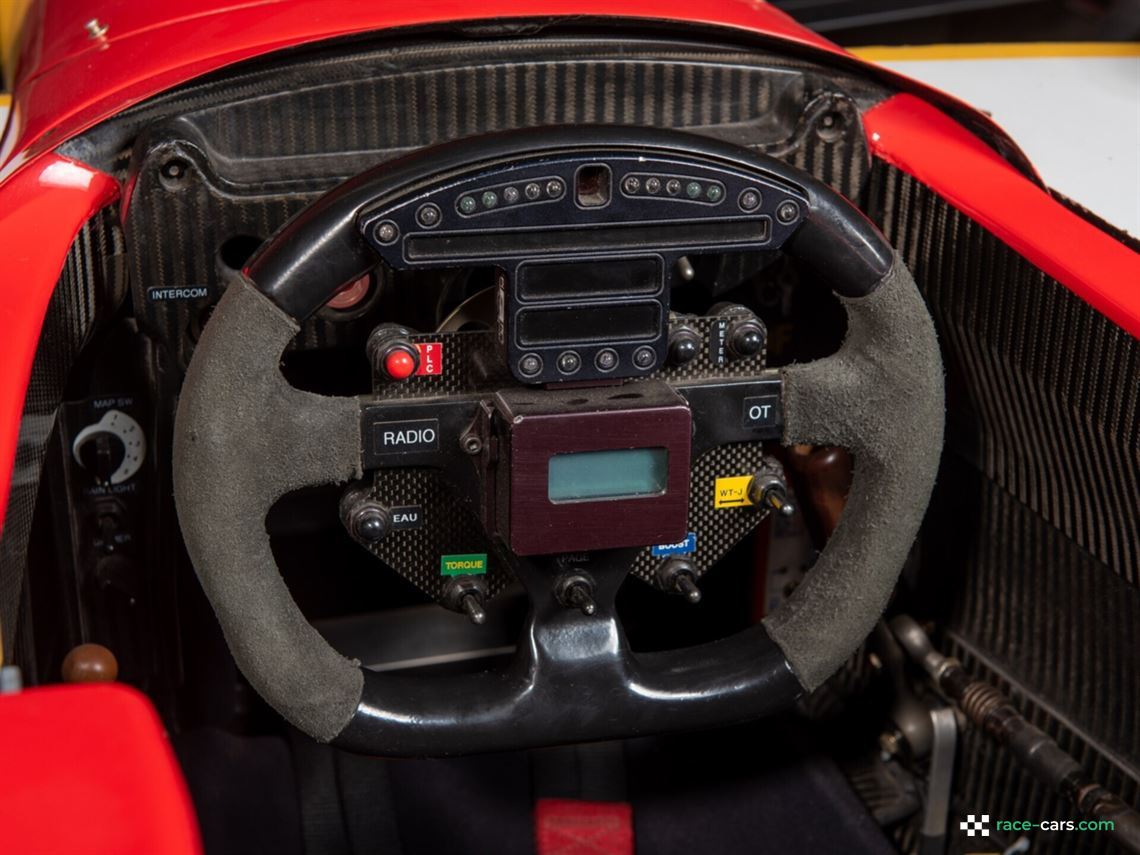 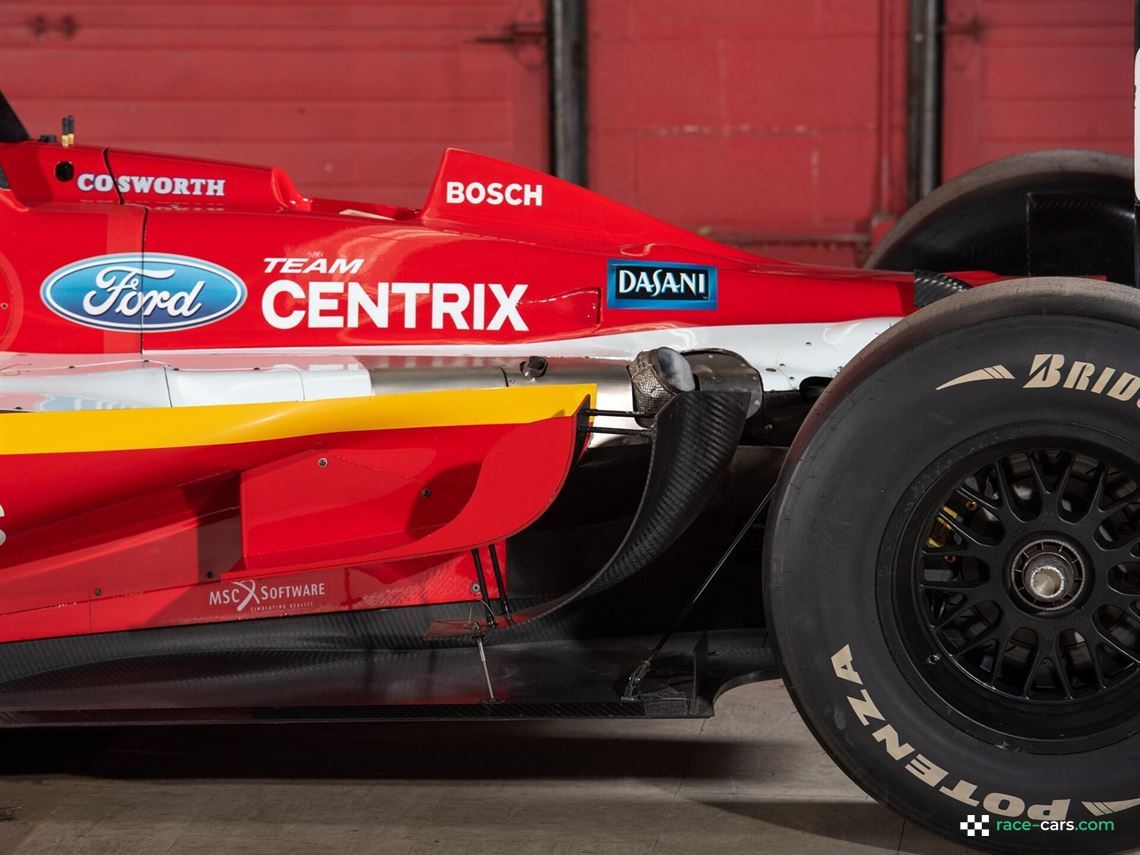 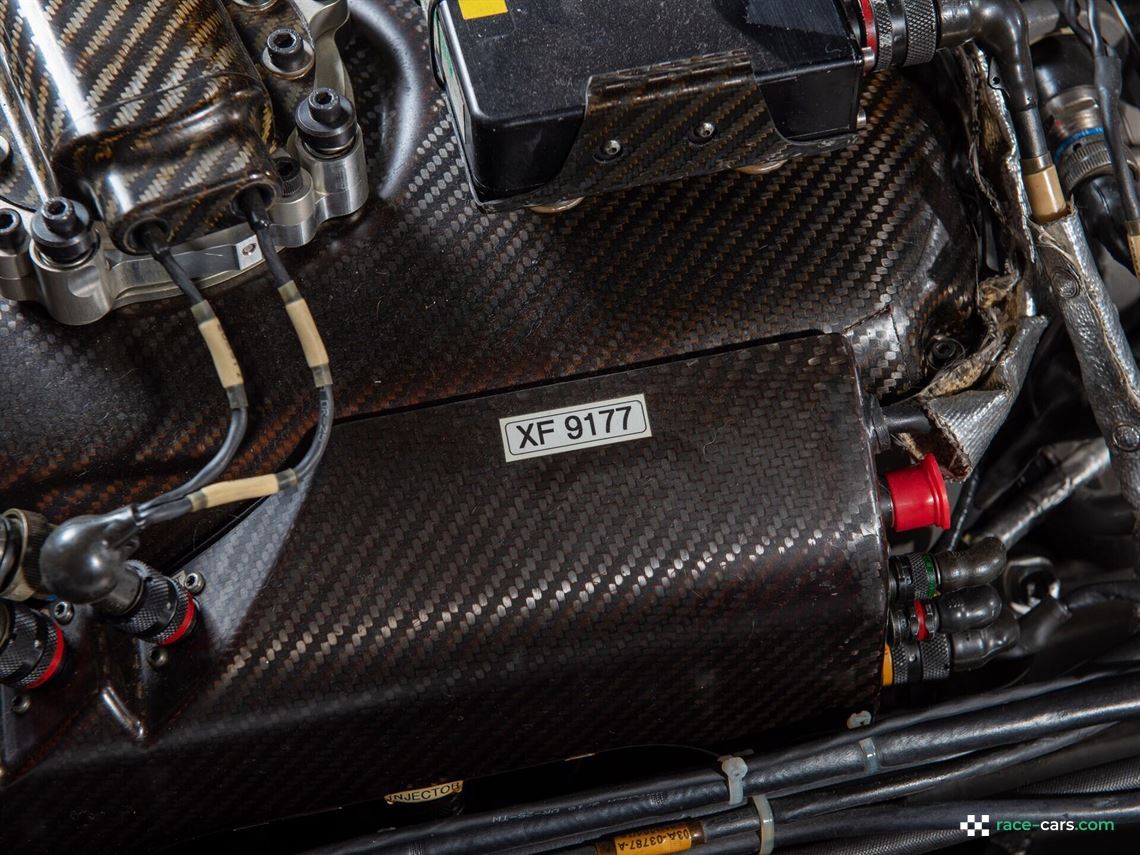 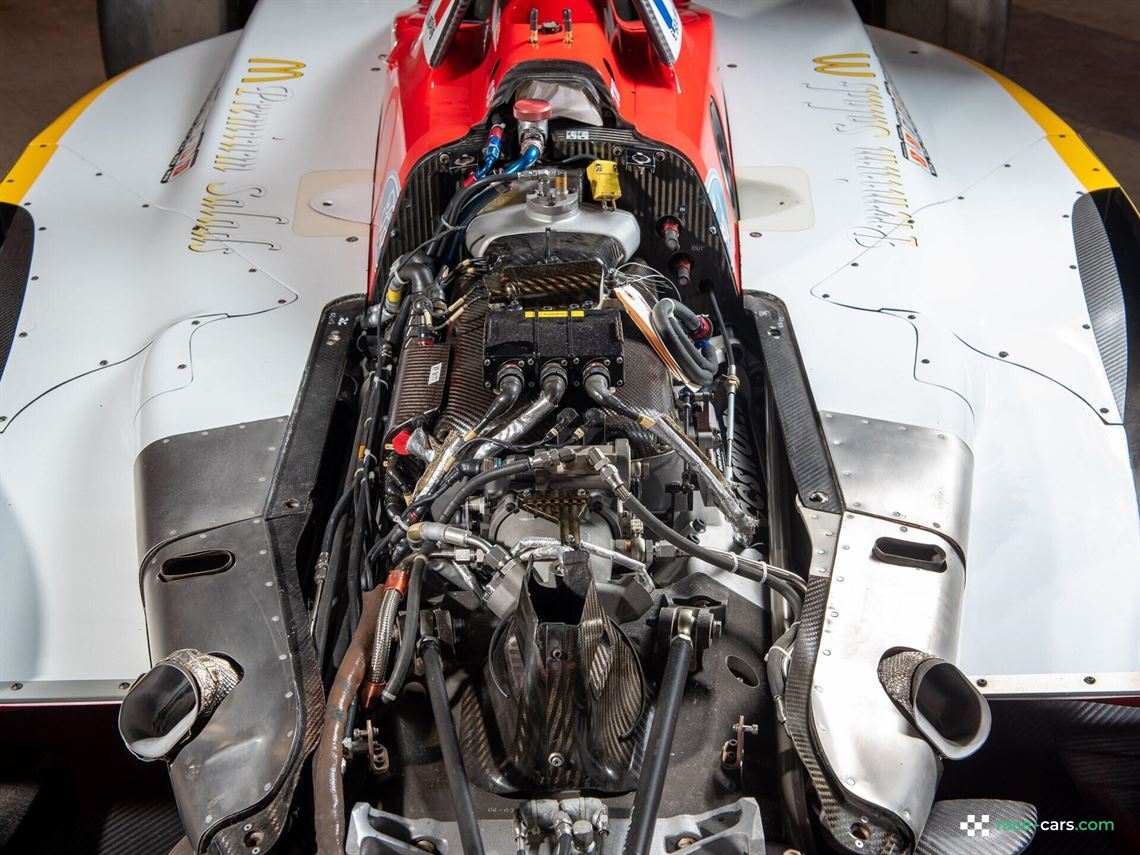 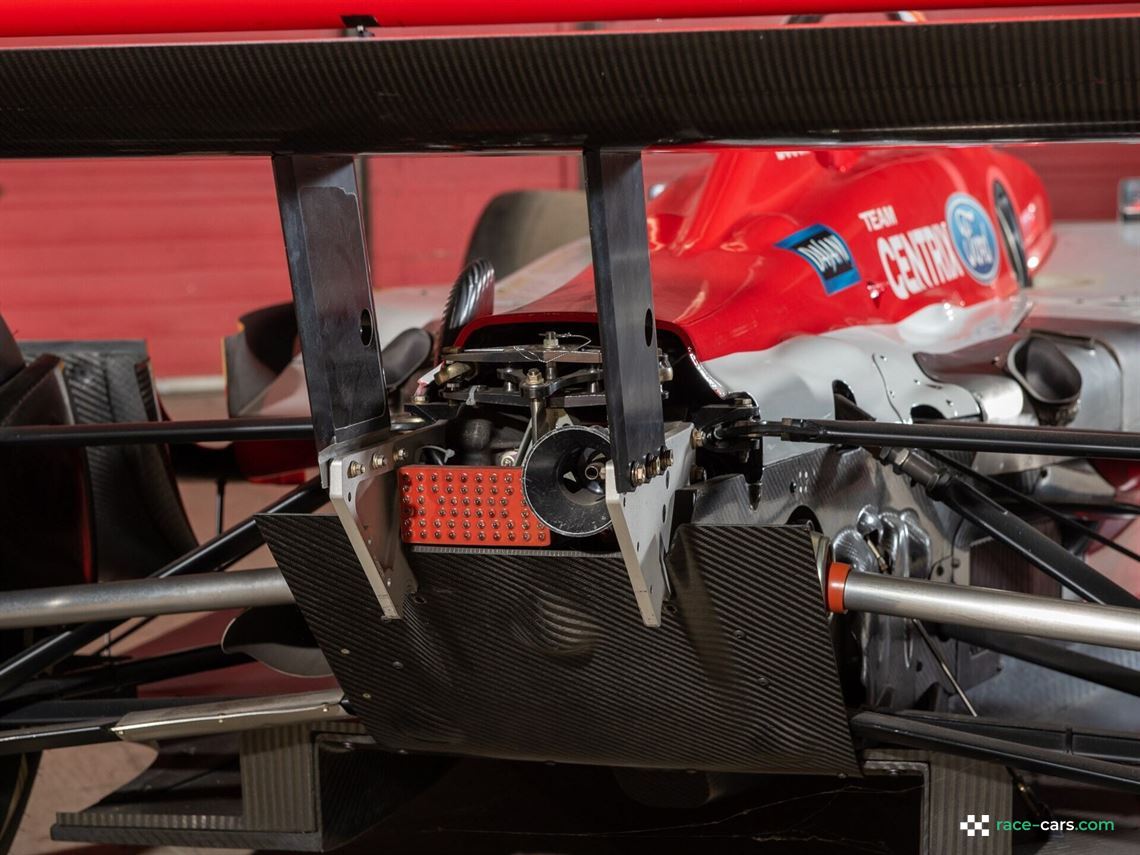 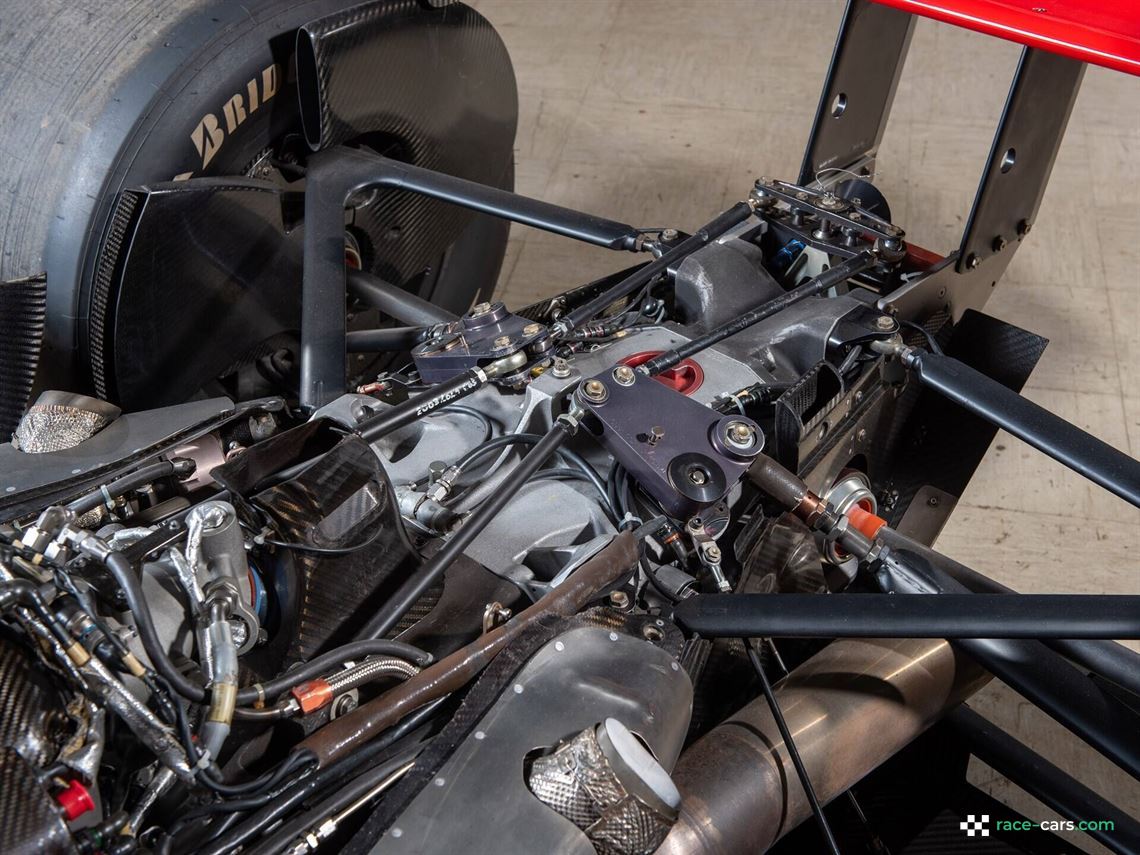 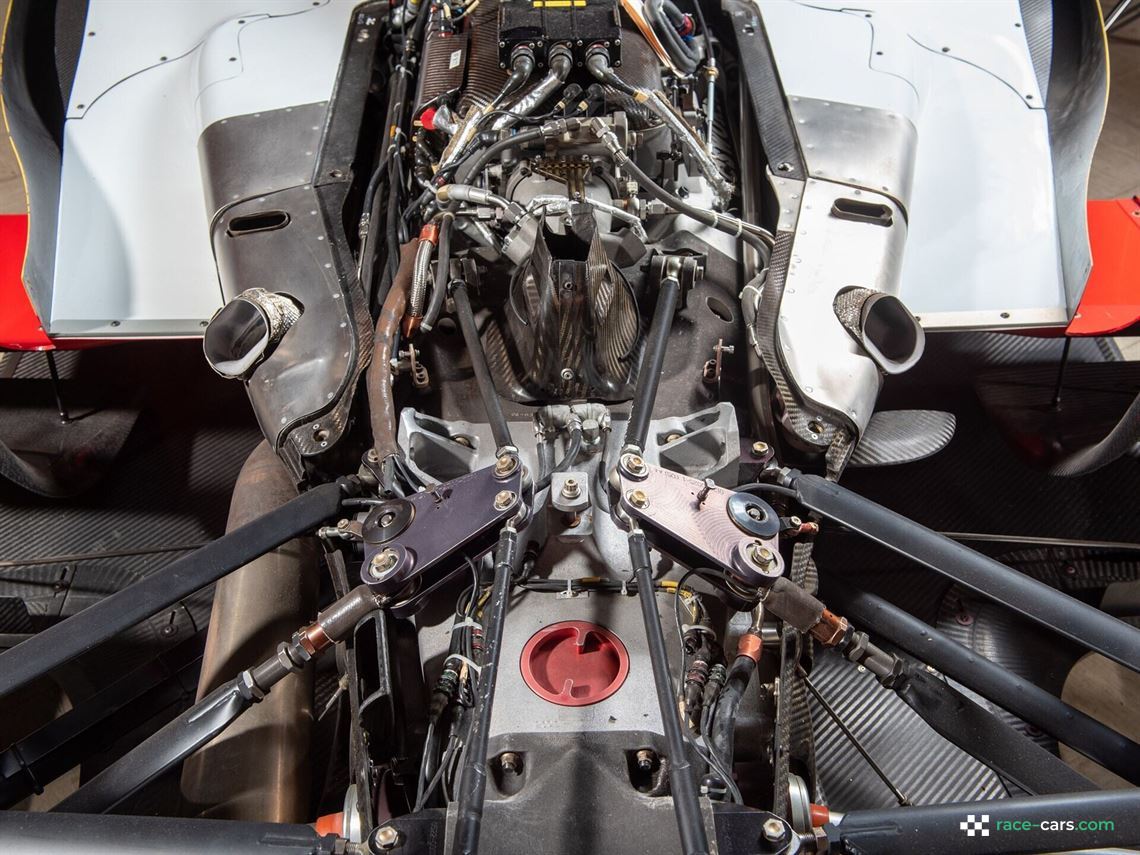 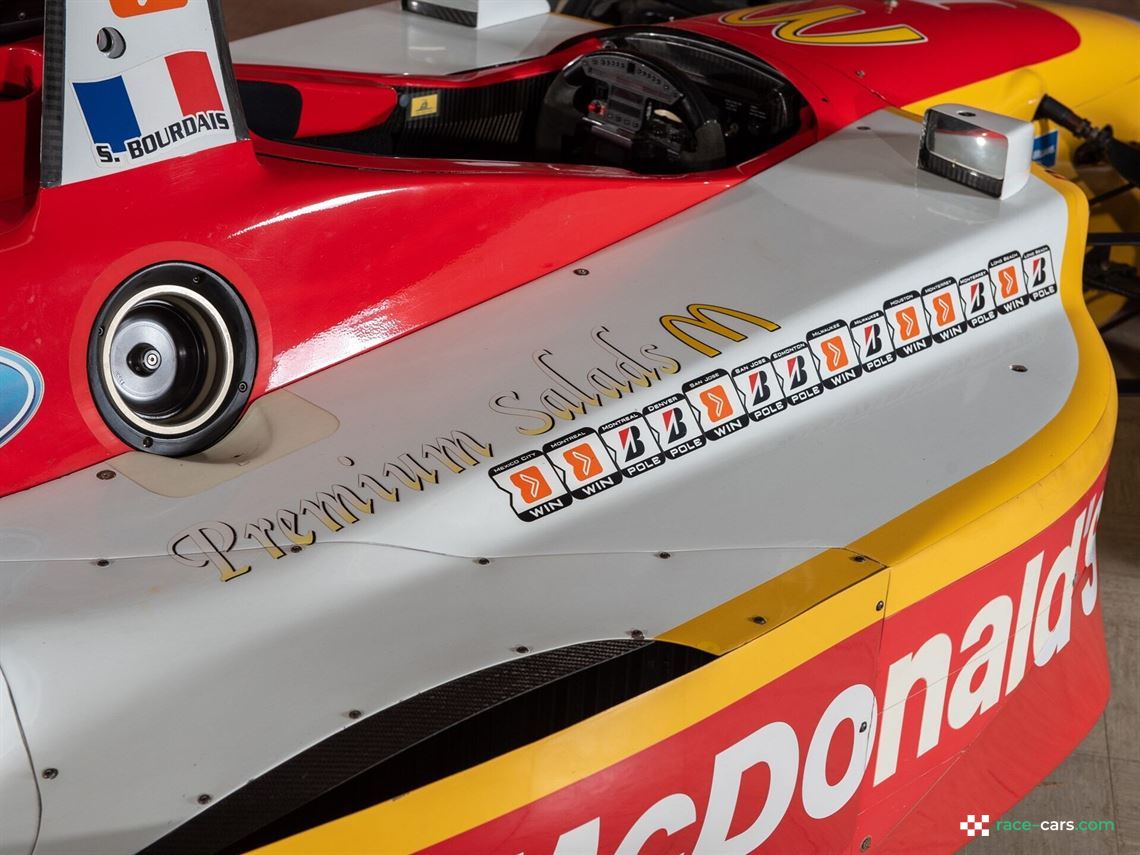 Some championship racecars are winners right out of the box, stunning the field with novel engineering or a wunderkind driver. Conversely, others take time to mature into championship-winning machines, having benefited from years of development and accrued experience. The latter approach is the story of this significant Lola B02/00, which served as a workhorse in the Newman/Haas Racing stable between 2002 and 2006, along the way scoring seven victories among 18 podium finishes.

As one of a small handful of B02/00 examples delivered new to Newman/Haas for the 2002 season, chassis number HU 03 was initially equipped with a Toyota RV8 engine, a choice that was largely prompted by the 2001 addition of driver Cristiano da Matta. While the talented Brazilian would go on to win the 2002 championship, largely driving chassis number HU 20 (also offered in this sale), this car was piloted by his teammate and fellow countryman Christian Fittipaldi, the nephew of the legendary champion driver Emerson Fittipaldi.

Under the younger Fittipaldi’s guidance, this Lola ran 12 out of 18 CART races in 2002, finishing 2nd twice (at Mid-Ohio in mid-August and at the Grand Prix Americas in Miami in early October), and 3rd twice (at the season-debut Grand Prix of Monterrey, Mexico, in early March and the Molson Indy Toronto in early July). By season’s end, Christian had finished 5th in drivers’ points standings.

Two promising young drivers joined Newman/Haas in 2003: The French rookie Sébastien Bourdais, who had recently graduated from Formula 3000 competition, and the Brazilian Bruno Junqueira. This year also saw Newman/Haas make a change in engine suppliers. Toyota had departed for IRL and Formula One after winning its first Indy Car championship with Newman/Haas Racing’s Cristiano da Matta. Returning to the dependable Cosworth-Ford powerplant, Newman/Haas Racing utilized the latest development of the 2,650-cubic-centimeter V-8, the XFE, which now produced as much as 800 horsepower with a boost figure of 5.9 psi. The Cosworth XFE would continue to power Newman/Haas cars over the next few years.

Chassis number HU 03 spent most of the first half of the 2003 season as a practice/testing car for Bourdais, who notably piloted it to pole position and a victory at the German 500 at Lausitz in mid-May. By July the Lola became one of the primary cars driven by Junqueira for the remainder of the season, and over the course of six starts the B02/00 recorded one victory (at the Denver Grand Prix in late September) and two 3rd-place finishes (at the Cleveland Grand Prix in early July and the Molson Indy Toronto a week later). Considering the car powered Bourdais to one of his three wins that season, it was a central component of his eventual Rookie of the Year award, while Junqueira finished an impressive 2nd place in drivers’ points.

HU 03 returned to action in 2004, driven exclusively by Junqueira. At the season-commencing Long Beach Grand Prix, Bruno put this Lola on the pole and went on to finish 2nd, a result he matched at Laguna Seca in mid-September. The Brazilian proceeded to drive the car to two impressive victories, in Montreal in late August and at Surfers Paradise, Australia, in late October. He also netted a 3rd-place finish at Denver in mid-August, and by season’s end had once again achieved a 2nd-place finish in total drivers’ points. In the meantime, Bourdais took seven checkered flags on the way to claiming his first CART championship, and Newman/Haas’ fifth title.

2005 was a year of rest for chassis number HU 03, with permanent retirement appearing to be on the horizon. The car underwent two days of testing by Junqueira at Sebring in early February. The Brazilian suffered severe injuries during an accident at the Indianapolis 500, forcing him out for the remainder of the 2005 season. Undeterred, Bourdais steadily accrued wins while collecting his second consecutive title (and Newman/Haas’ sixth) in CART, which by now had been rebranded as the Champ Car Series.

BACK ON THE CIRCUIT

The following year proved to be an incredible rebound for HU 03, which was piloted by Bourdais in seven of the season’s 14 races, notching him three victories. In early June at the Milwaukee Mile, the Frenchman put the car on the pole; a day later, he roared to a win. He turned in an identical performance at the Montreal Grand Prix in late August, and he started in 2nd at the season-concluding event at Mexico City before eventually climbing to the lead for a win—his seventh of the year—en route to a third consecutive championship title. Along the way HU 03 twice finished 3rd, at the Toronto Grand Prix in early July and at Road America in late September.

Following a few rounds of post-season testing in late November 2006 by Bourdais, HU 03 was retired, and it has since remained in the fastidious care of the Newman/Haas collection, constituting an indelible link to the Frenchman’s 2006 championship, as well as both of Junqueira’s 2nd-place seasons. Claiming five pole position starts and seven victories across four seasons of use, this remarkable B02/00 was a central component in the unparalleled success that Newman/Haas experienced during the 2000s—a run that saw the team win four championships in Lola chassis from 2002 to 2006, in the process netting the British builder four consecutive CART Manufacturers’ Cups from 2002 to 2005.

Beautifully preserved in its iconic McDonald’s livery, this significant B02/00 is an enduring testament to the achievements of Sébastien Bourdais and Bruno Junqueira for Newman/Haas. Currently fitted with a proper Cosworth XFE engine and accompanied by workshop manuals, laptop, and cable, the powerful racecar is an ideal acquisition for any Indy racing enthusiast.