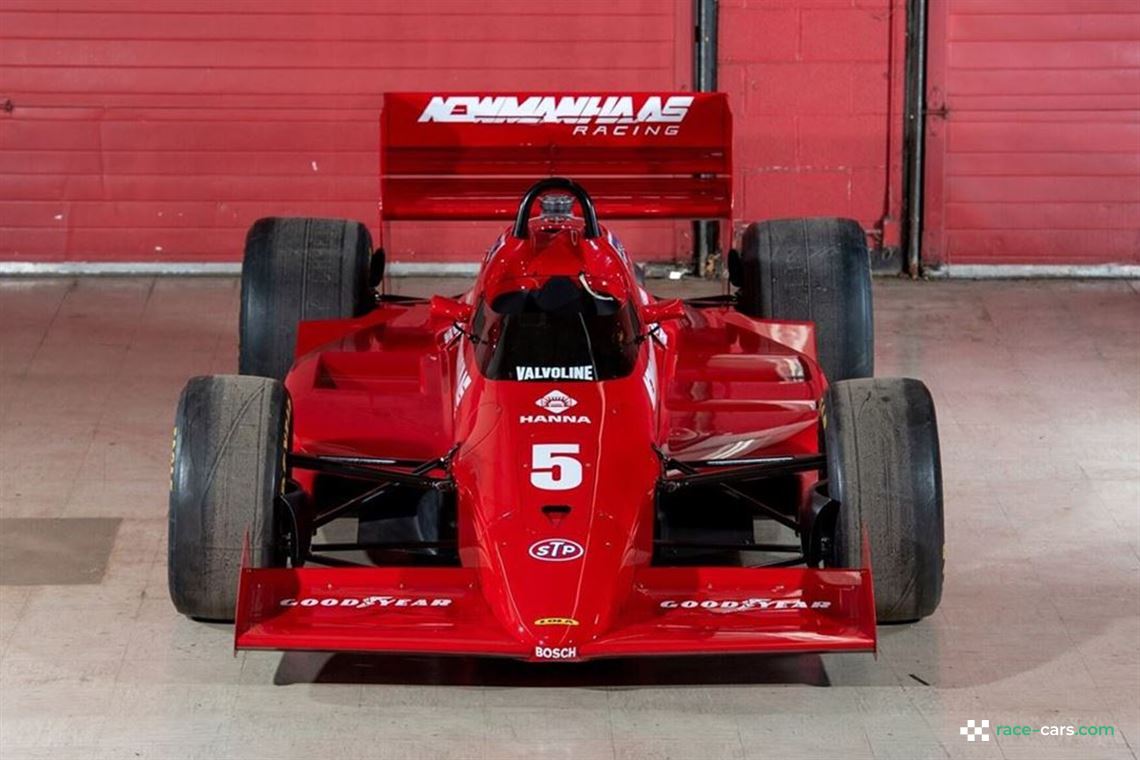 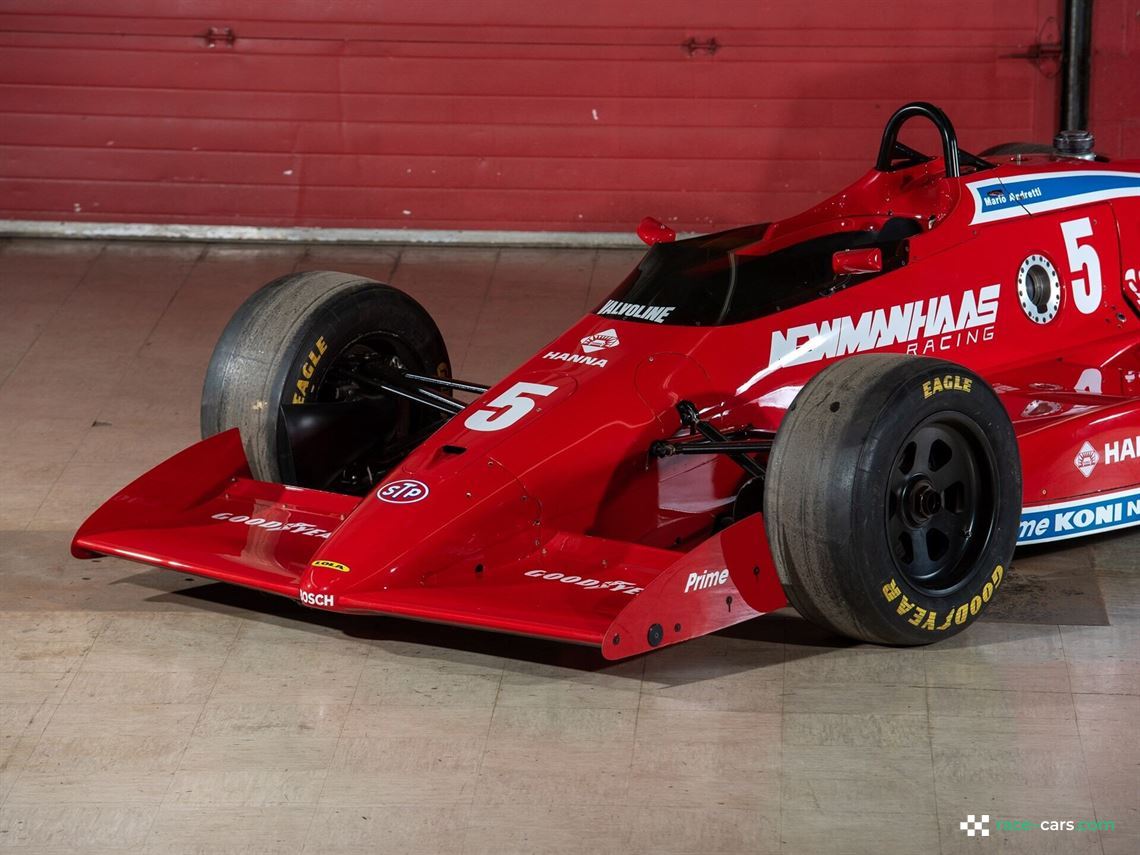 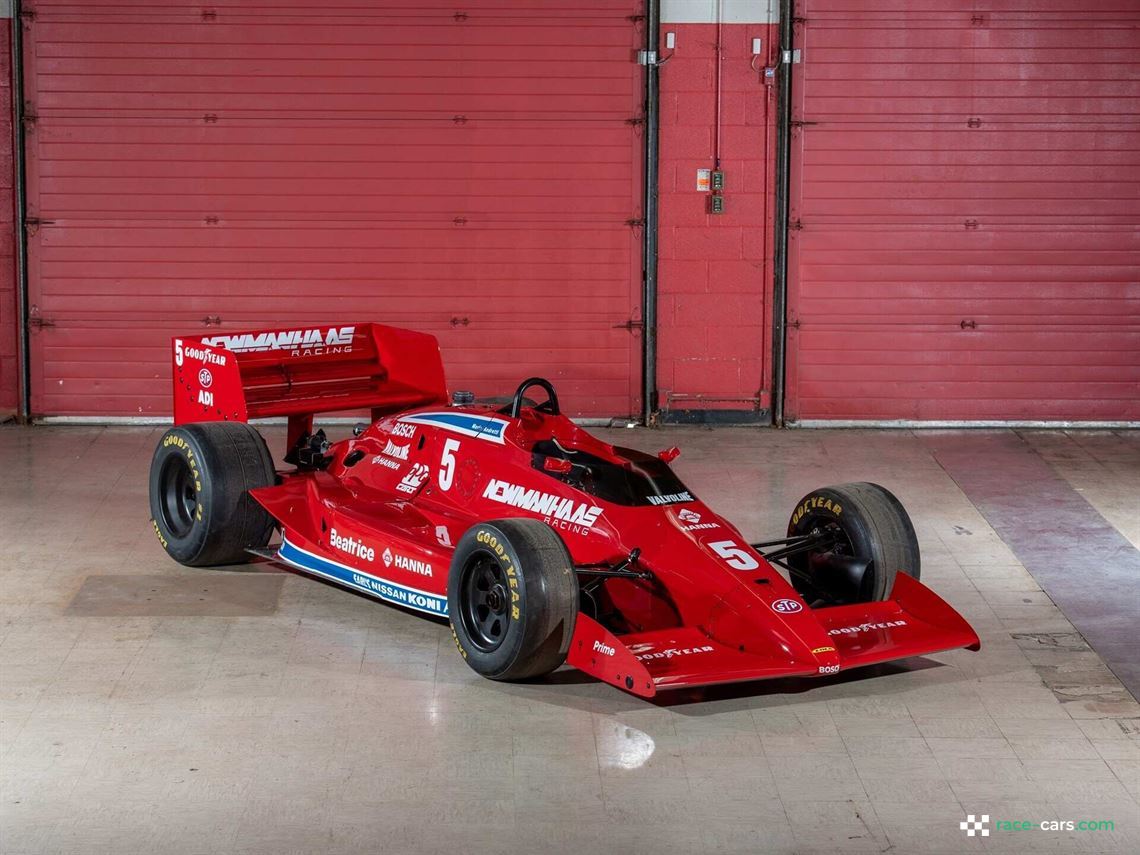 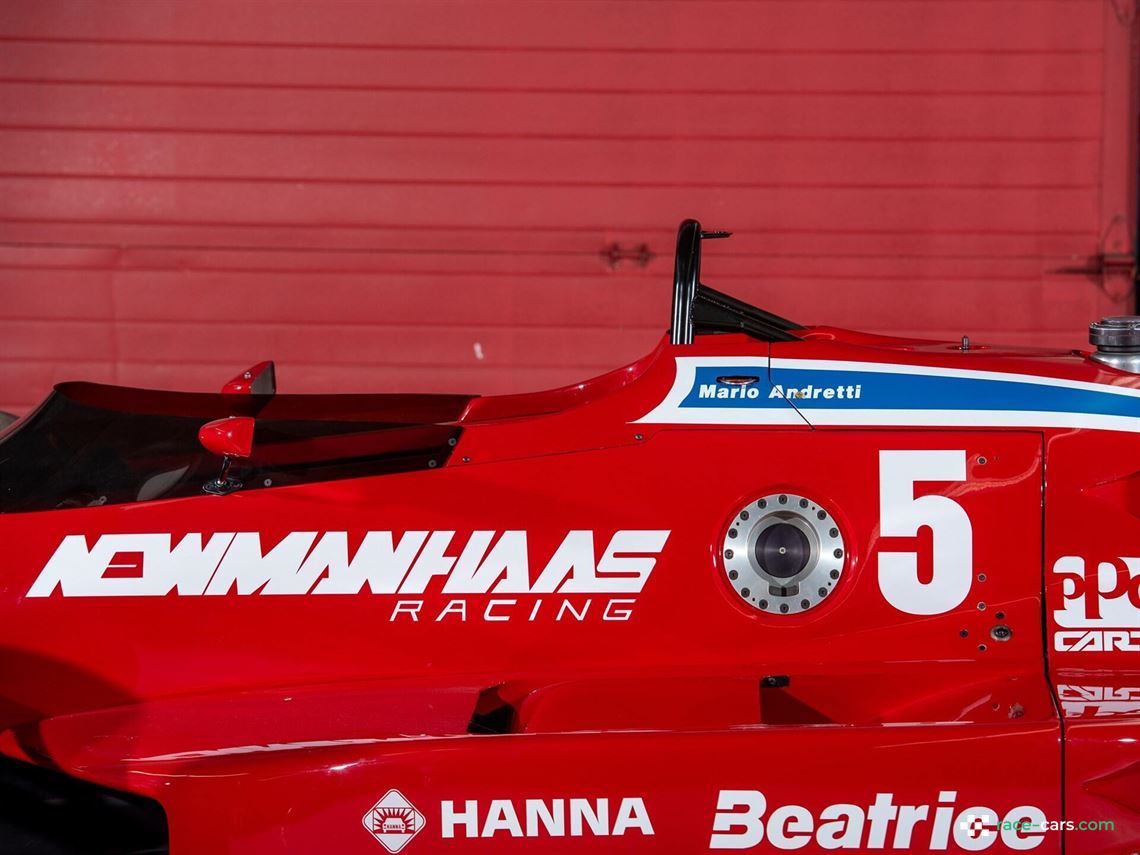 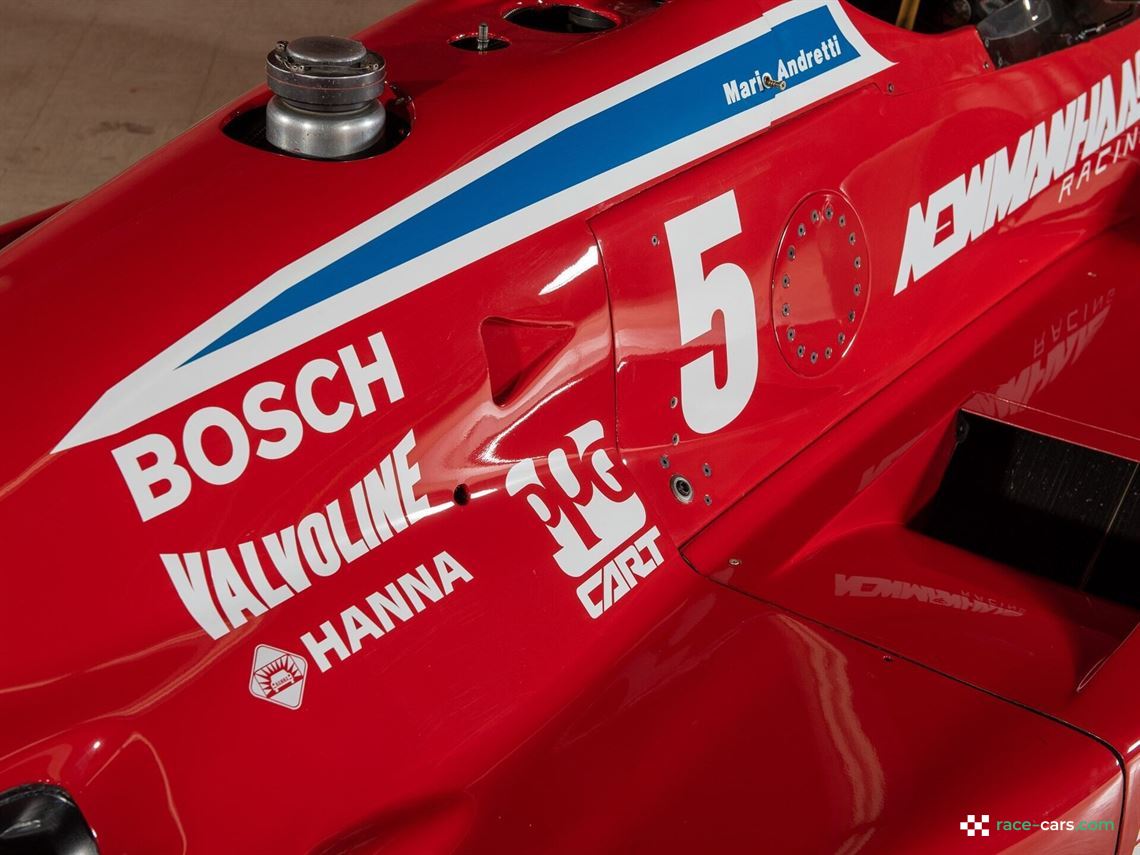 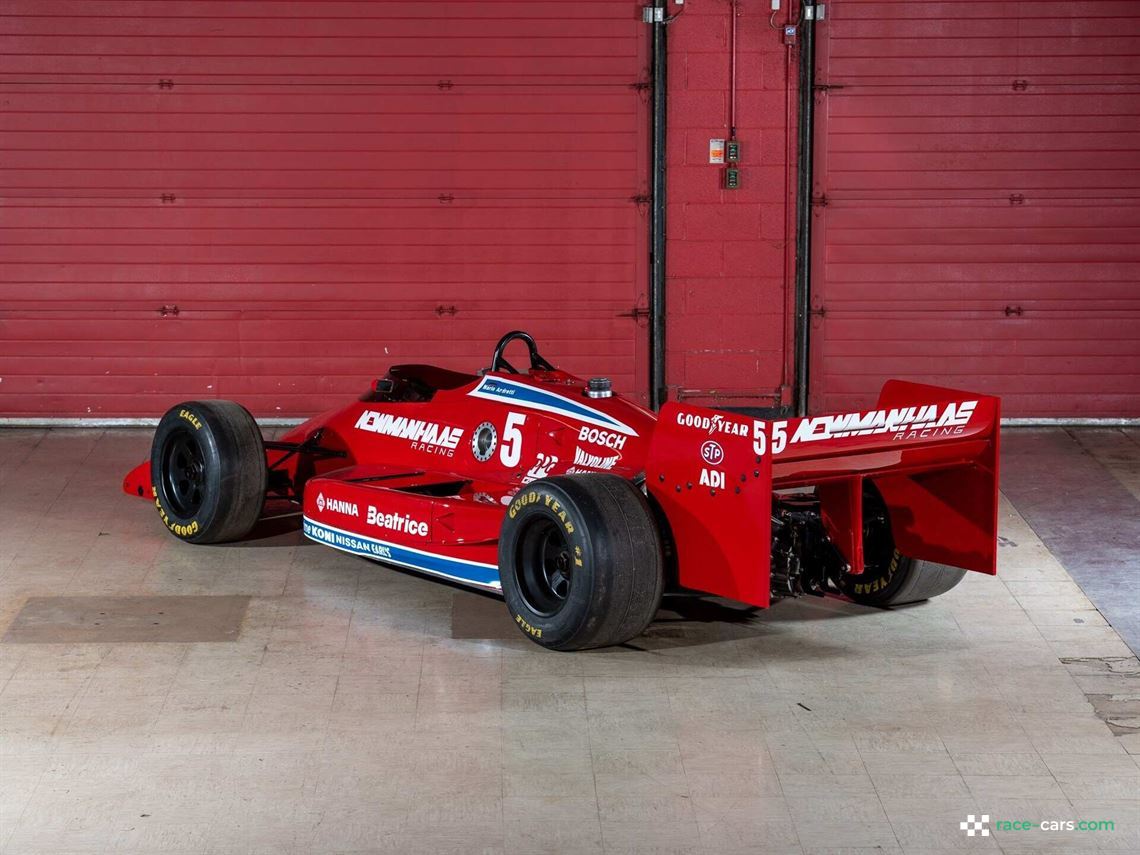 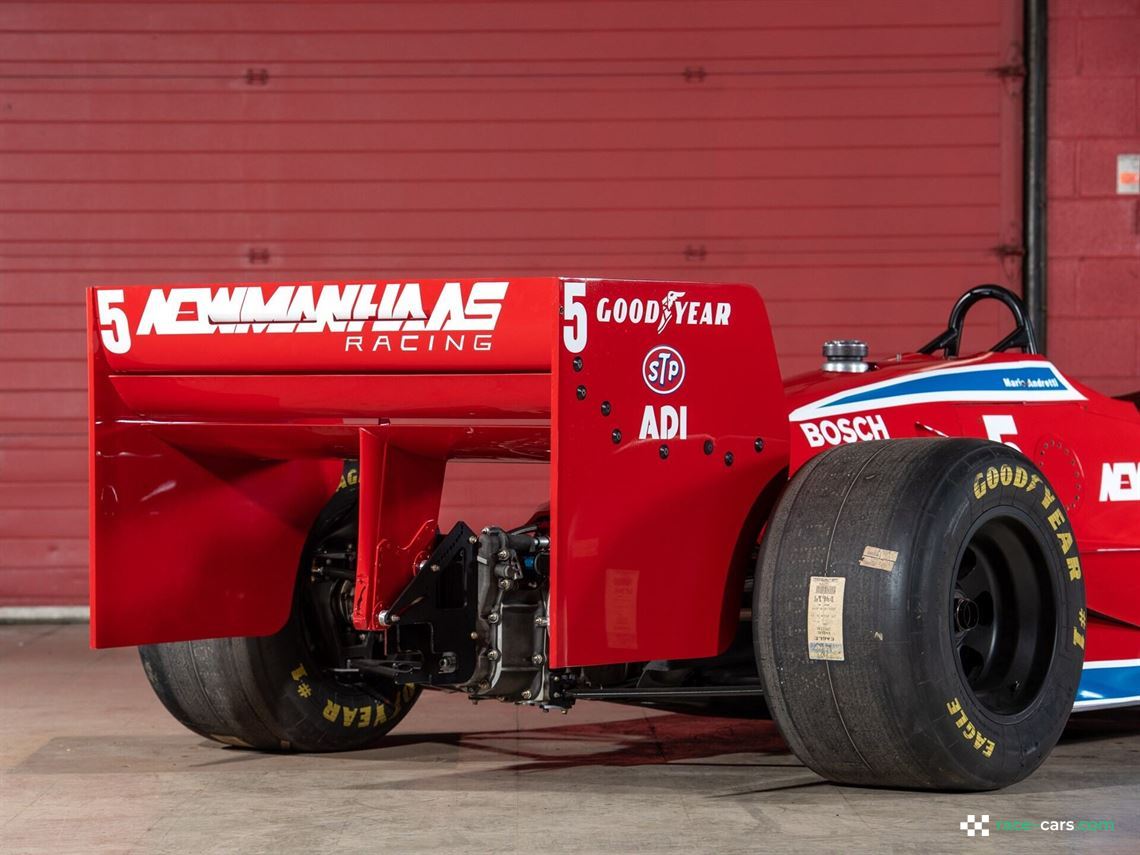 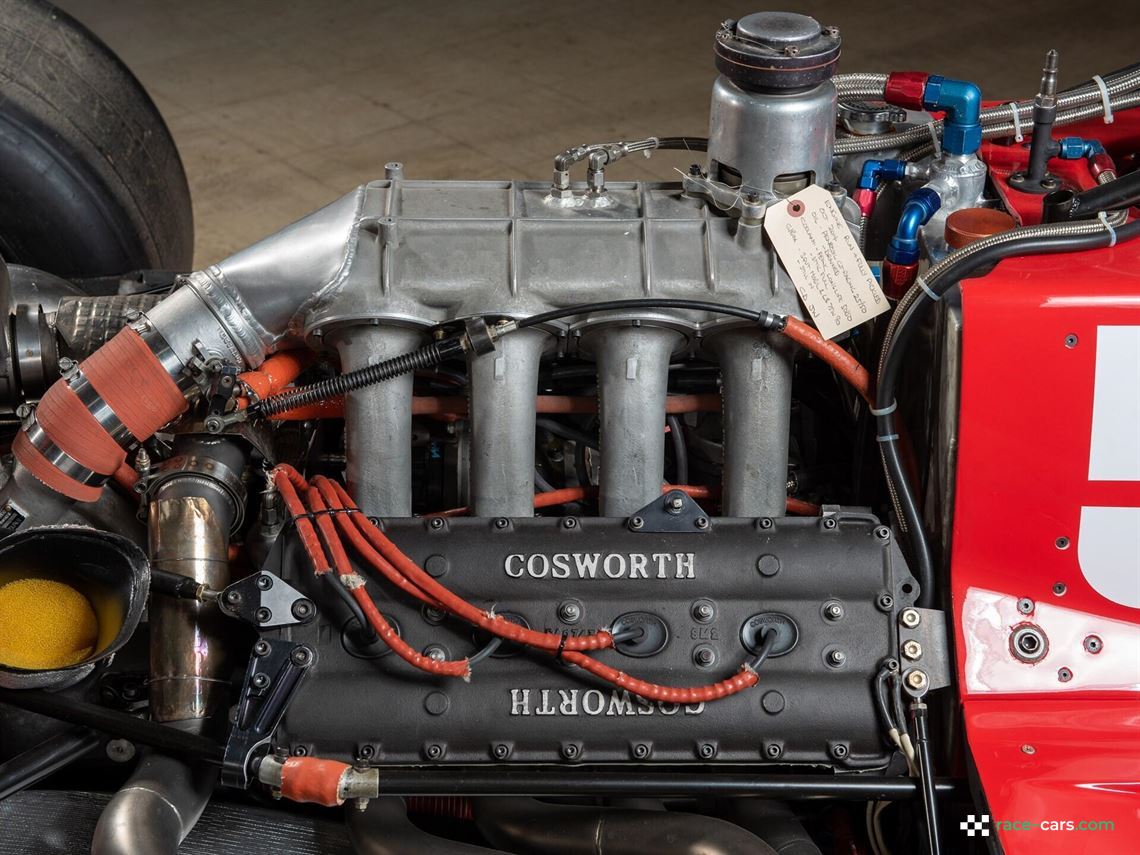 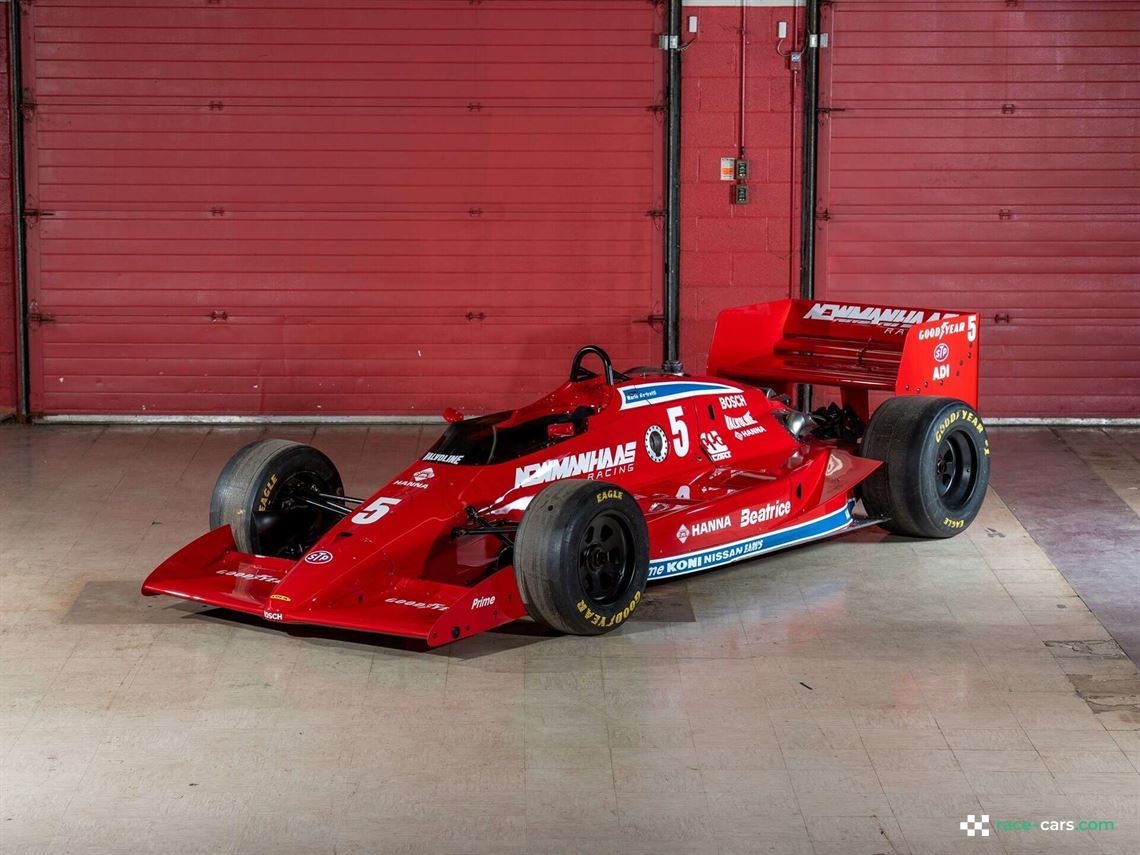 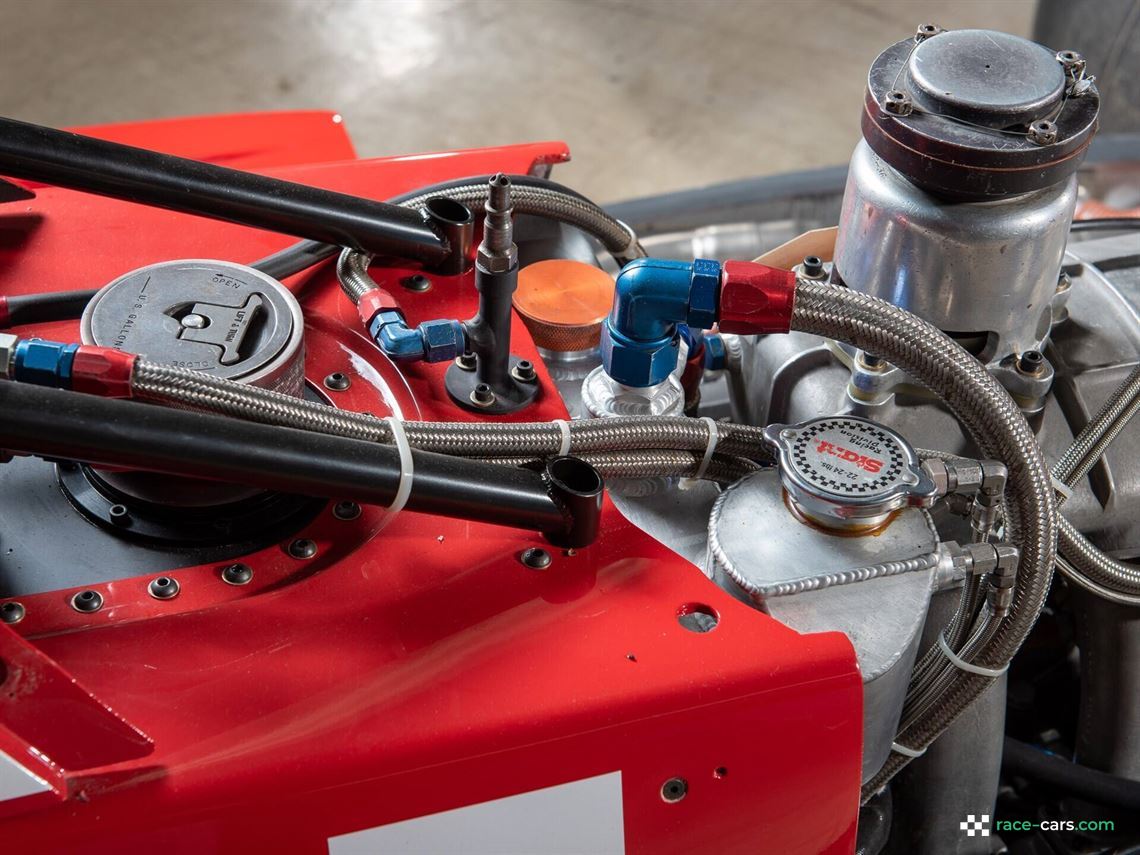 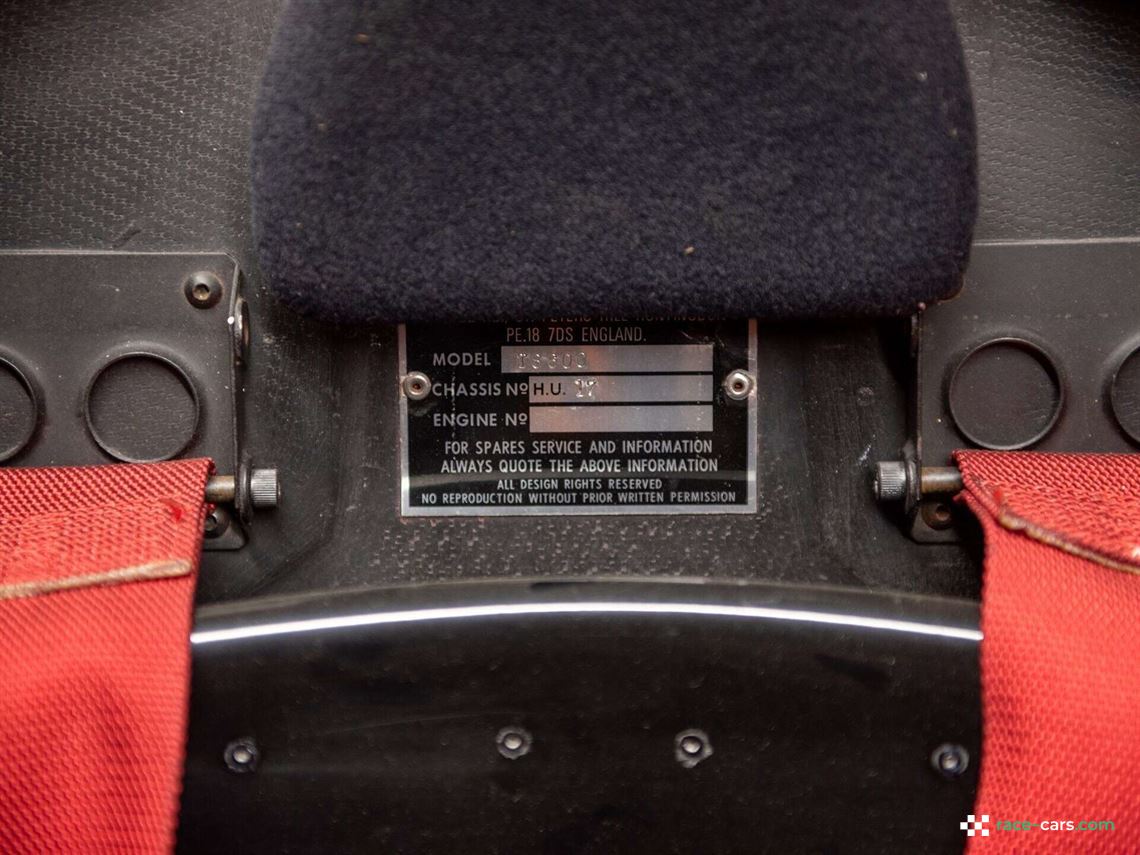 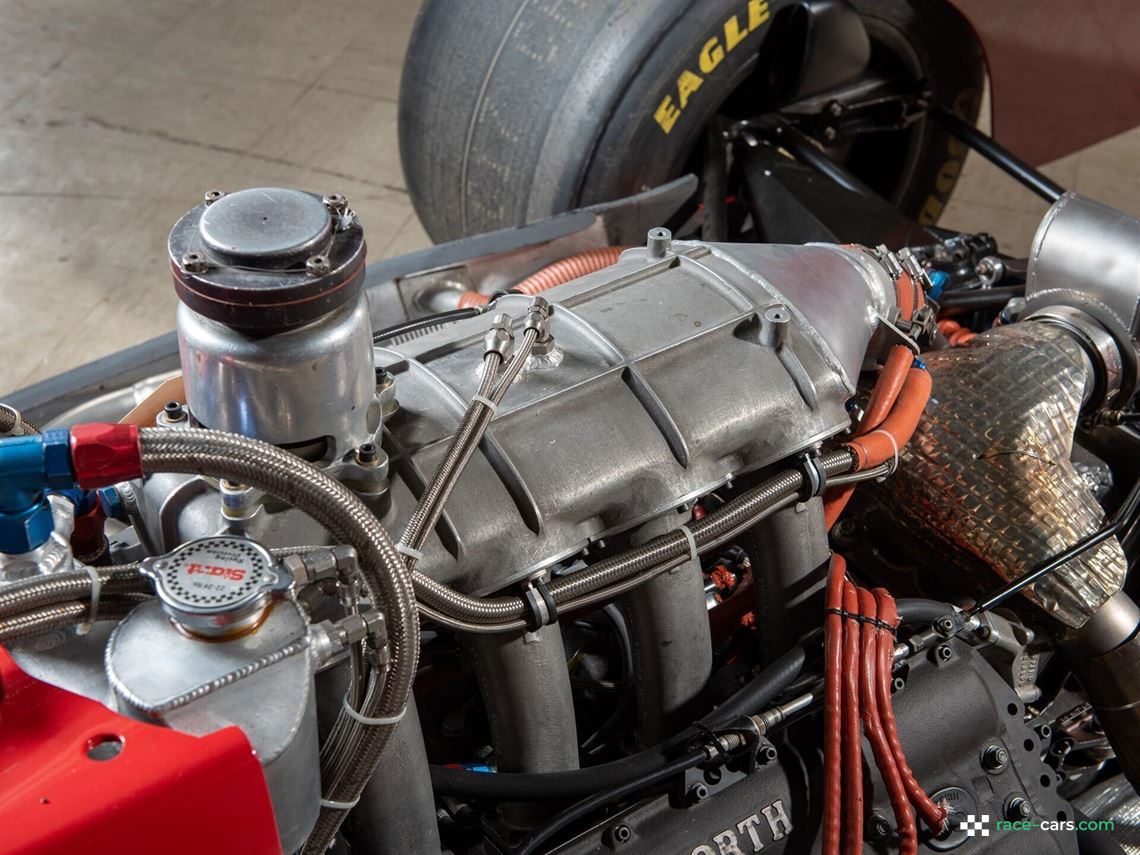 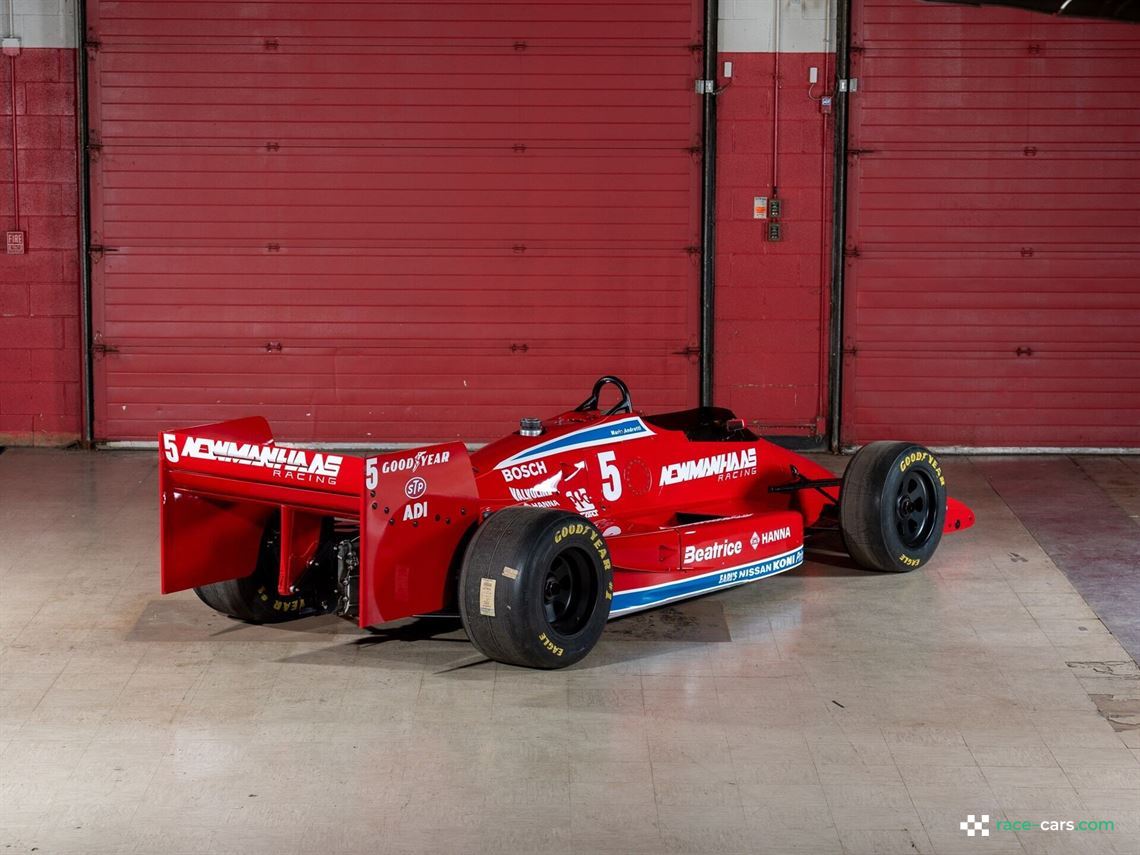 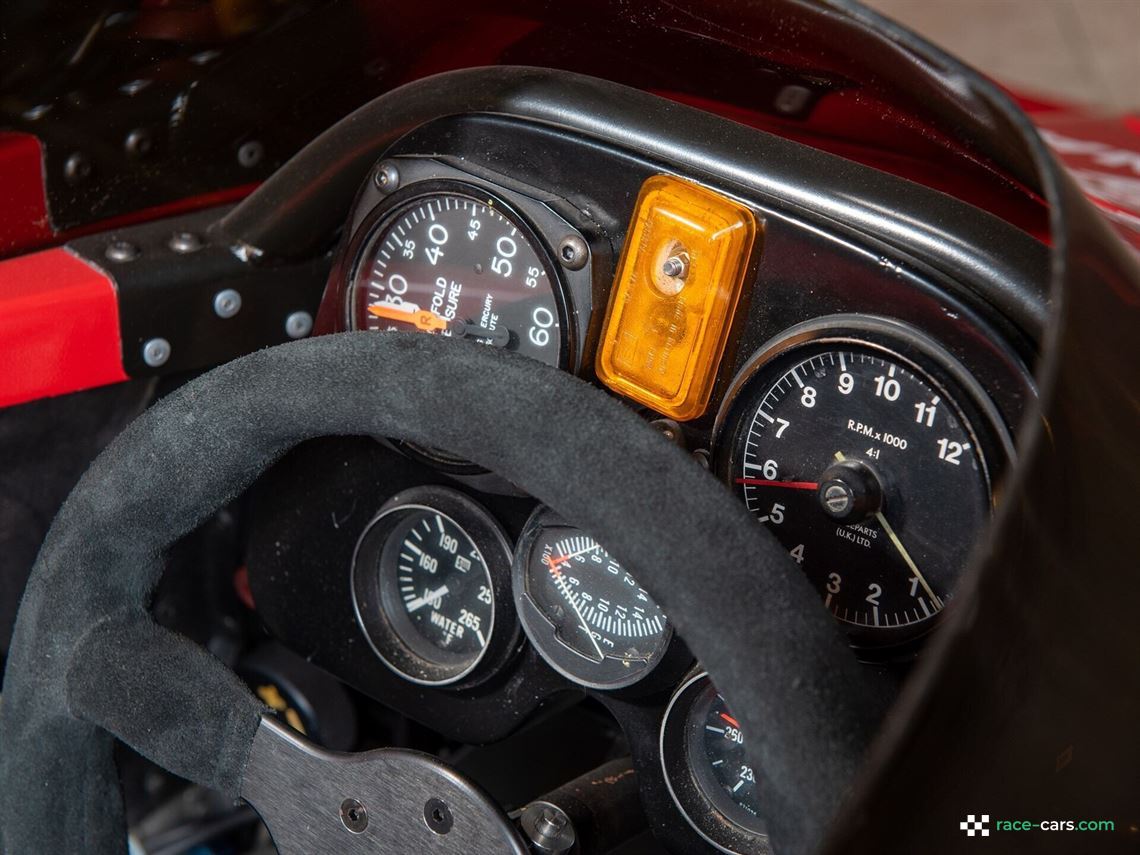 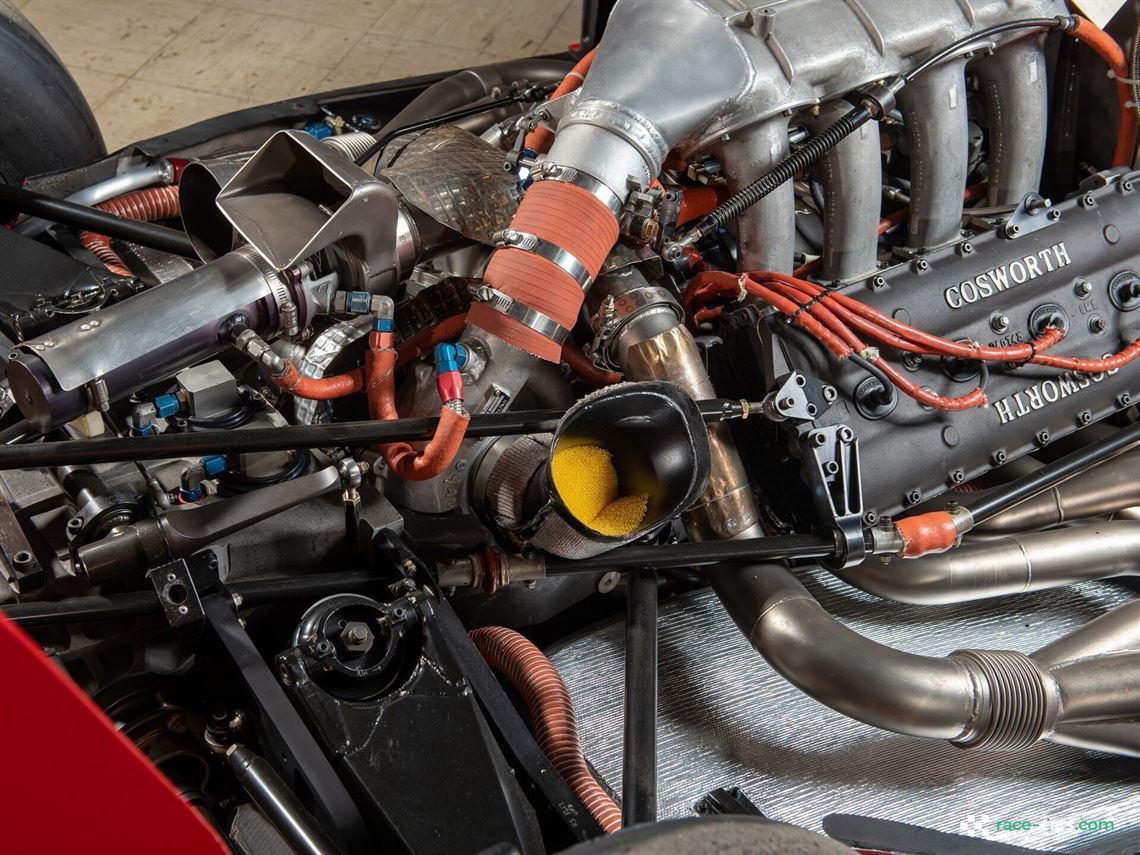 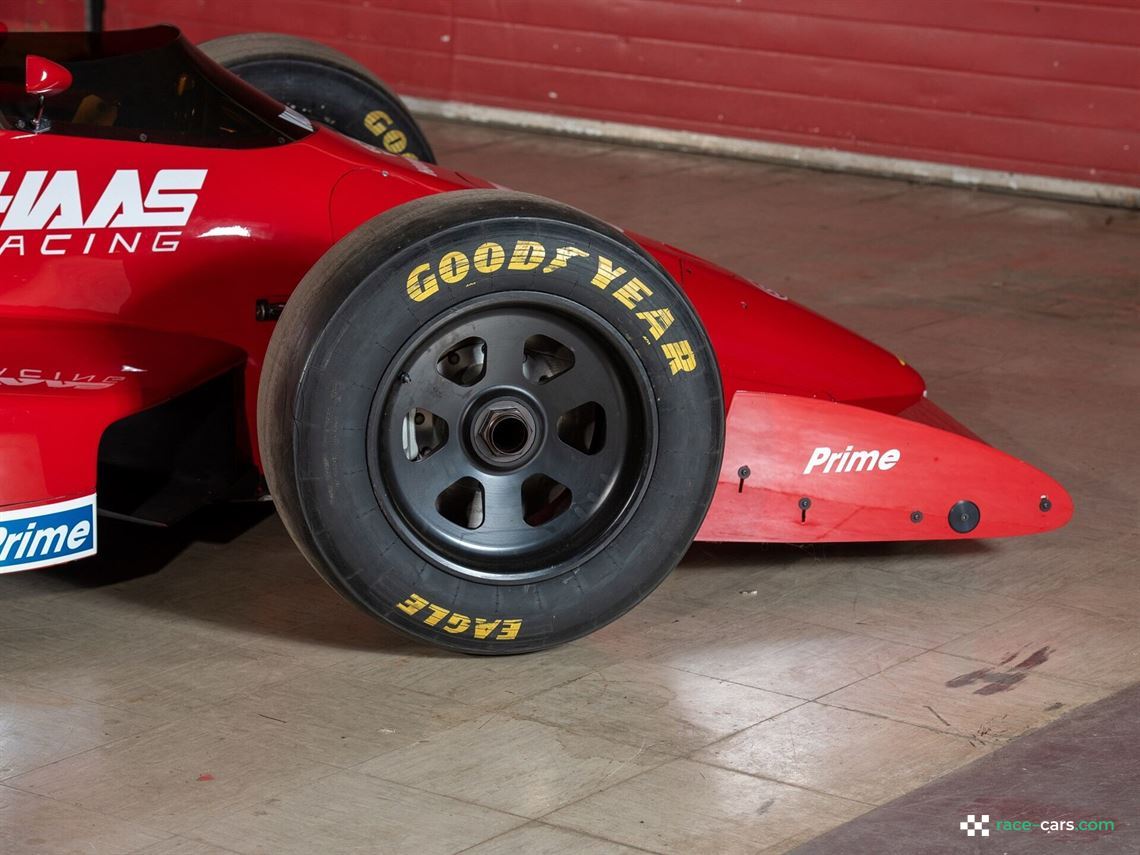 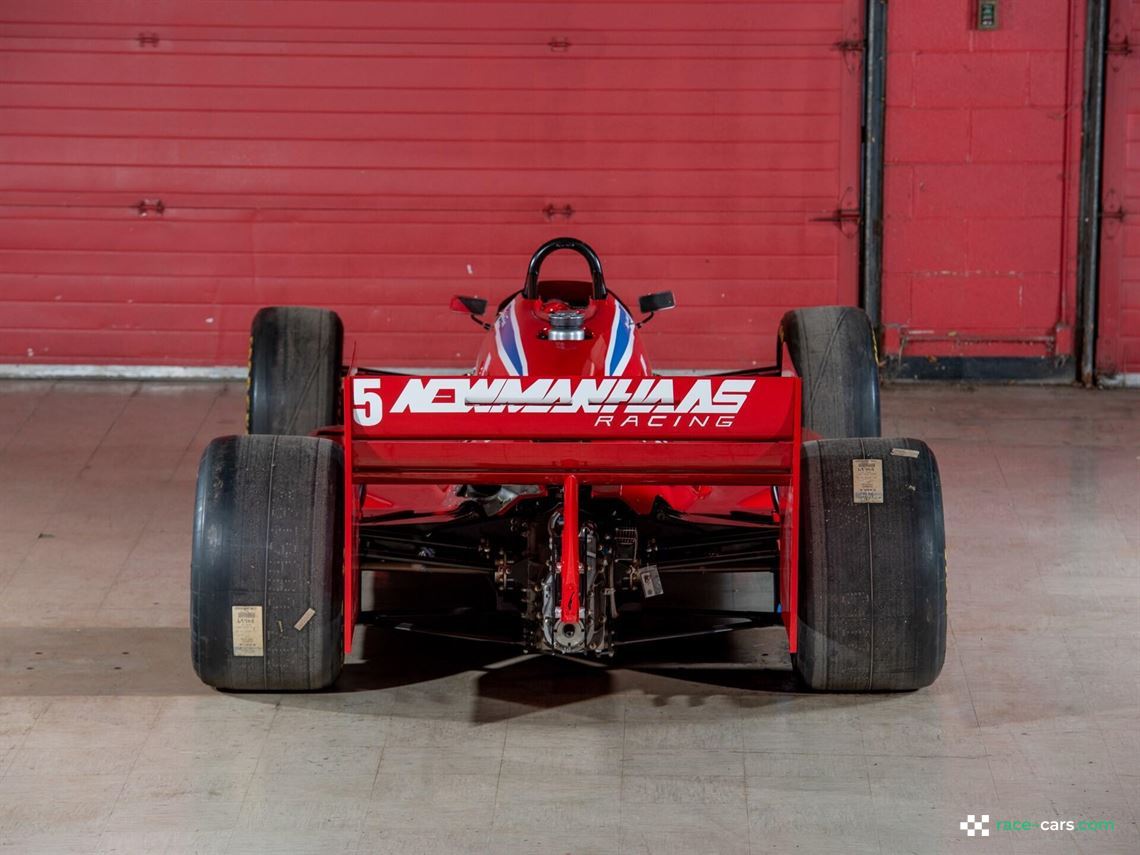 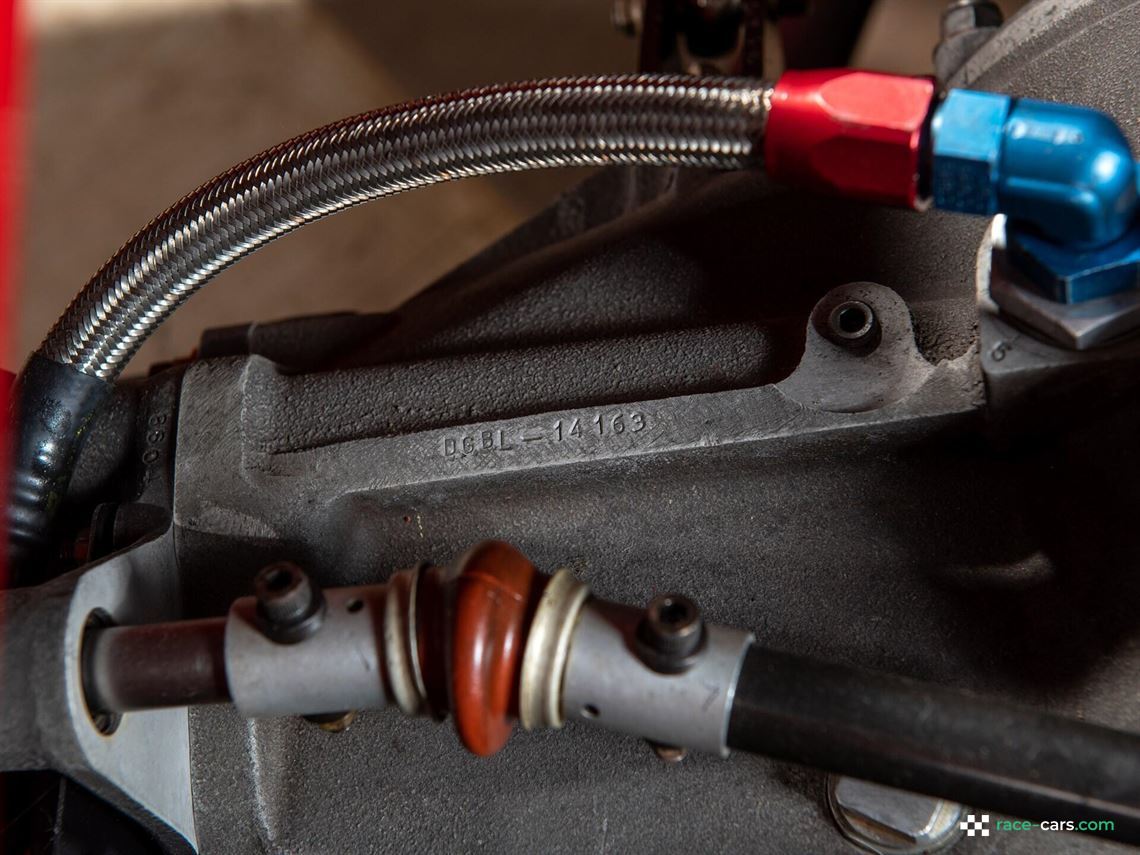 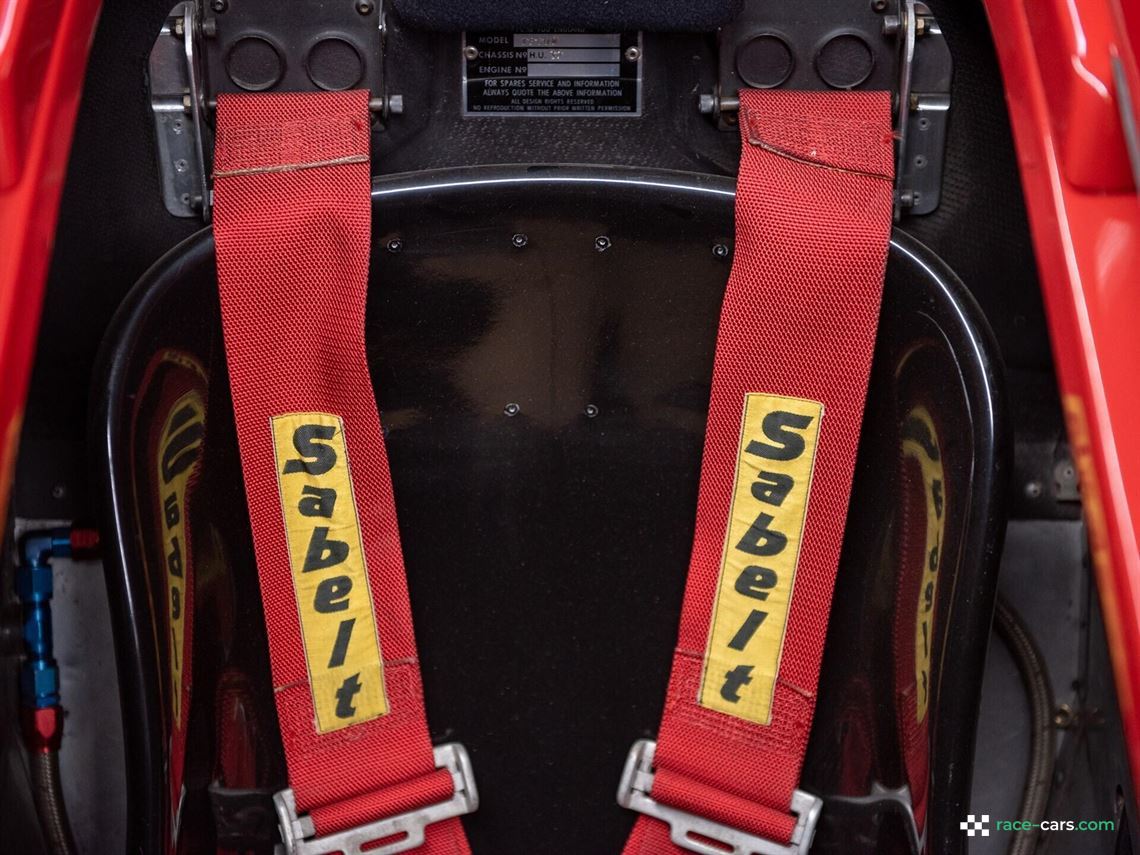 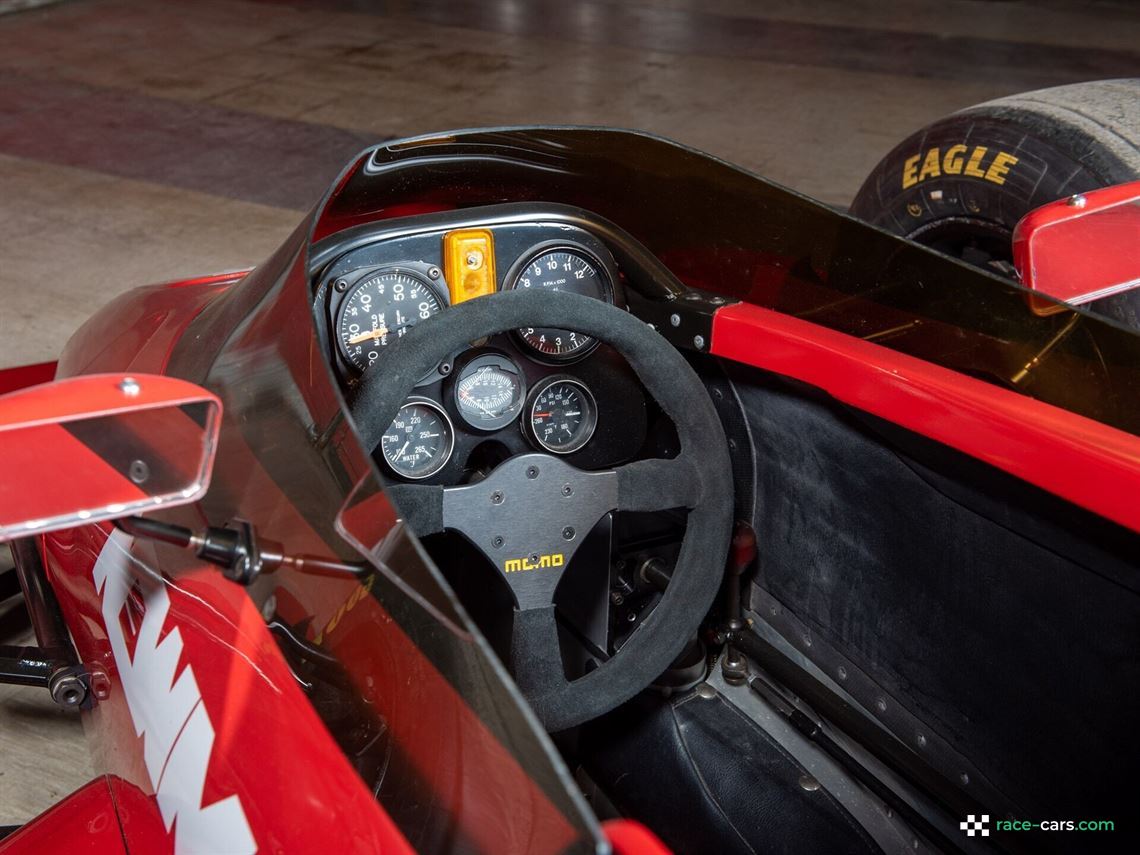 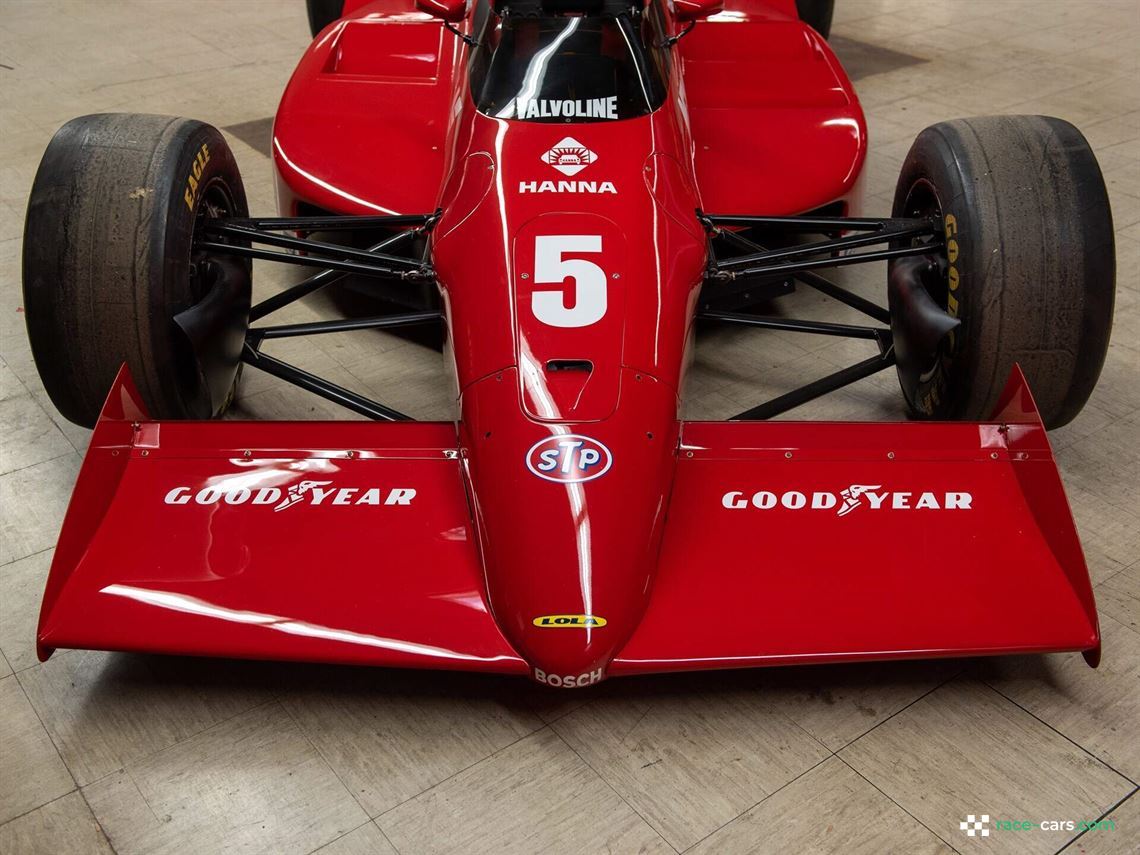 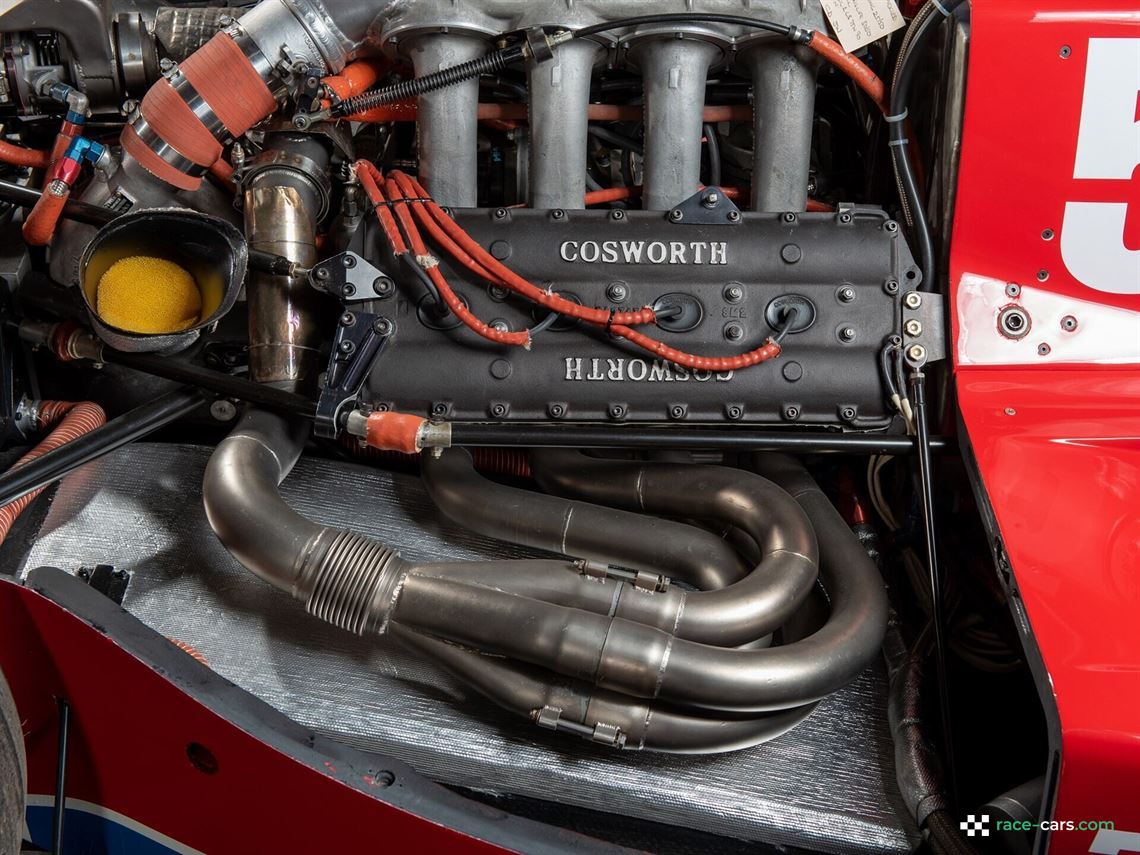 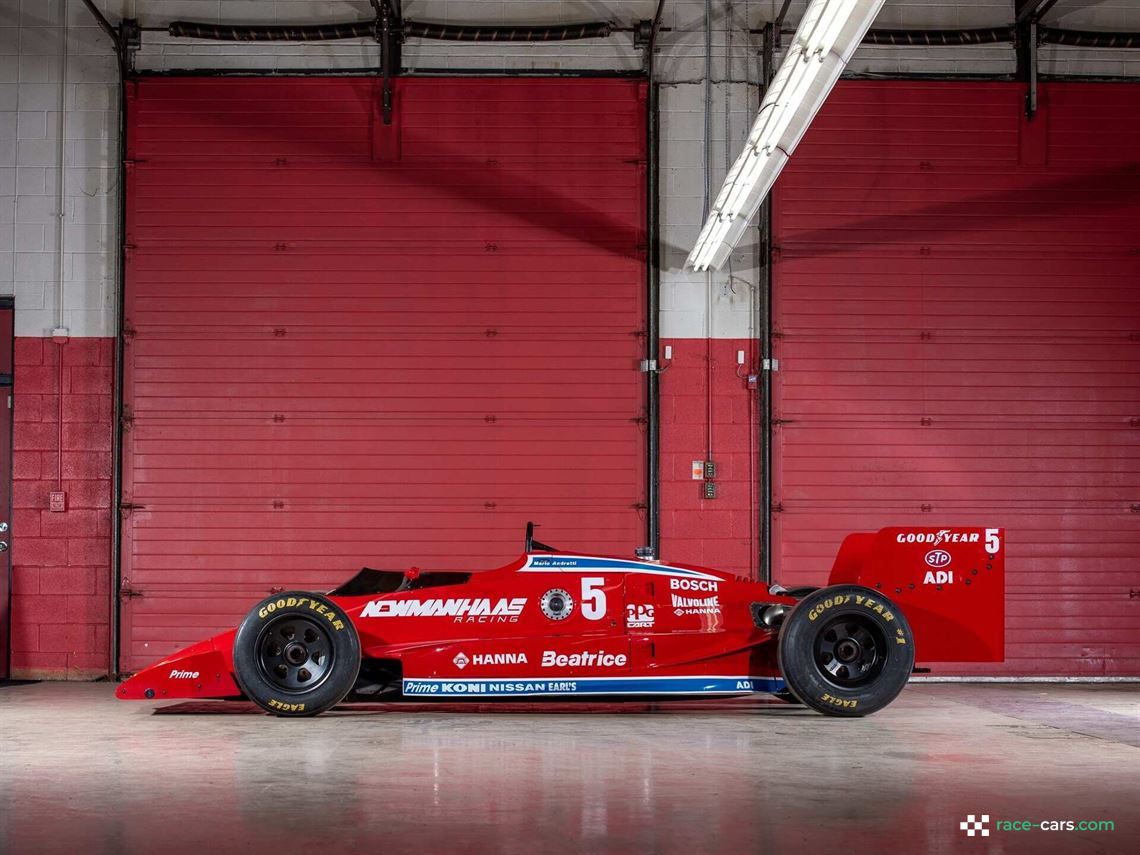 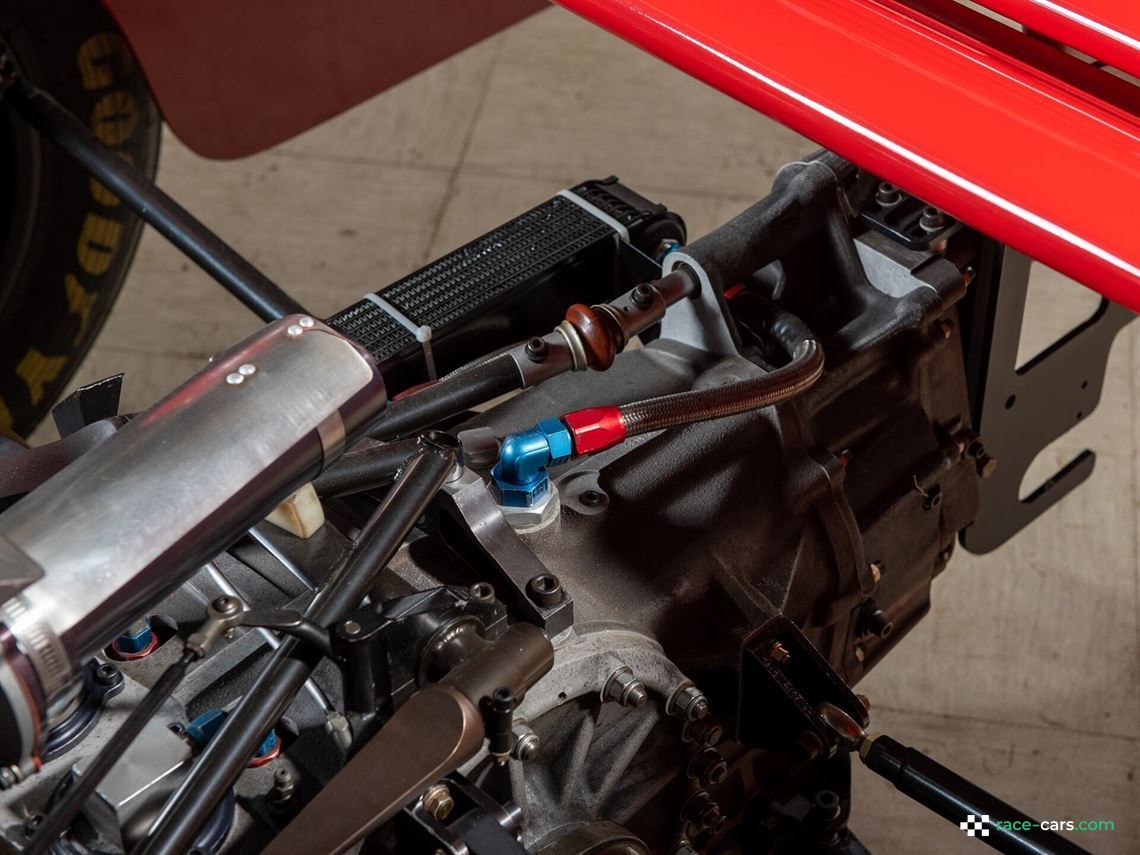 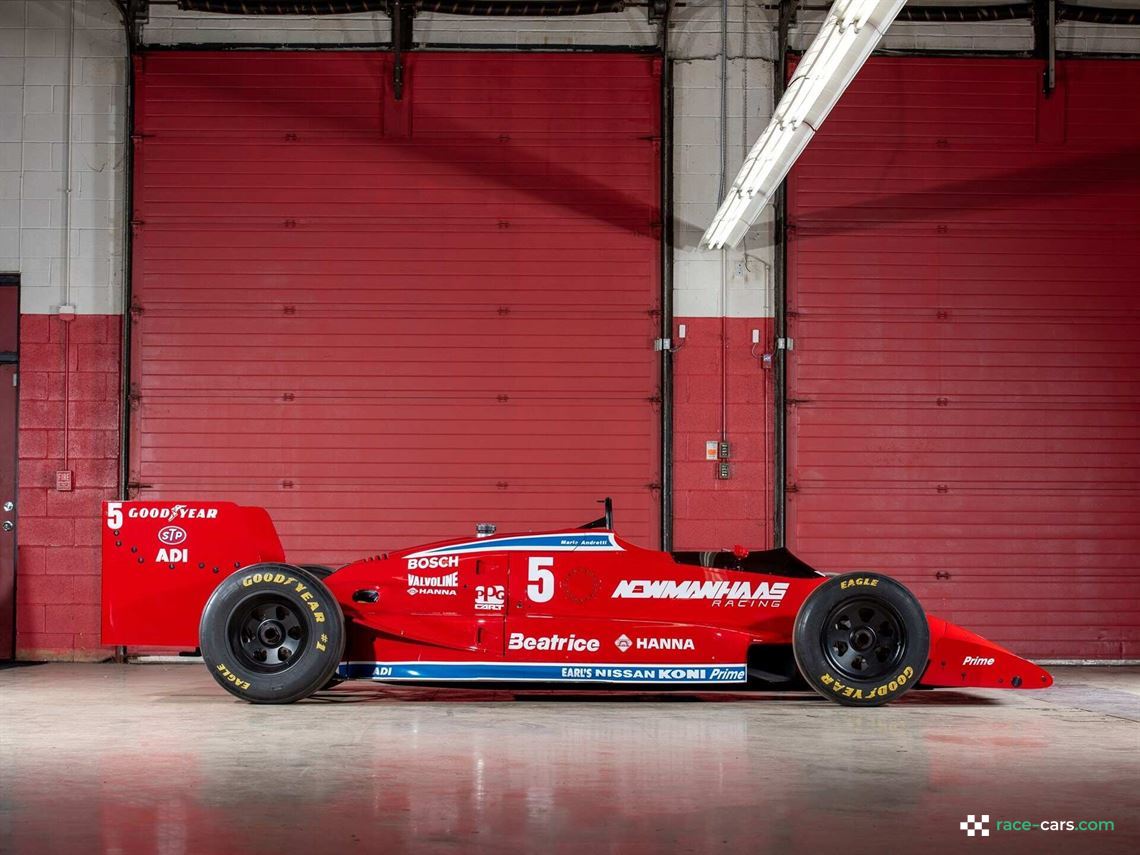 THE EARLY YEARS OF NEWMAN/HAAS RACING

To say that Newman/Haas Racing made a splash upon entering the highest echelon of American open-wheel formula racing would be a severe understatement. By the time he partnered with Hollywood legend Paul Newman to form their eponymous outfit in 1983, Carl Haas had already accrued three decades of firsthand experience in the top-level racing scene as one of the country’s most important suppliers of racing chassis and drivetrains. If anyone in the American motorsports landscape, but not yet racing, had the means and potential to form a well-run team, Haas was a good bet.

Further, Newman and Haas were simply not the type of owners who were content to pay their series fees, take up a grid spot at the rear, and chalk up a string of mediocre results for a fistful of points in their debut year. Newman’s celebrity cache could have, under the strain of such typical growing pains for new team principals, stained the entire effort with a stench of vanity. But this was no vanity project—and Newman/Haas Racing was out to win, immediately. For his second act of “star power,” Carl Haas poached IndyCar legend and Formula One Champion Mario Andretti as his team’s sole driver in the 1983 CART season, while also introducing an impressive new chassis from Lola, the T700. Haas was already sole US distributor for Lola Cars, and so he was uniquely positioned to influence the manufacturer’s return to American open-wheel racing.

In their sophomore season, Andretti and his Lola T800 secured the team’s first CART title, with a dominant showing in which they accrued six victories, eight starts from pole, and two additional podiums for a remarkable 176 points. In just two short years, Newman/Haas Racing had gone from the drawing board to the winner’s circle, and by early 1985 they were the team to beat. Until 1993, they remained an unquestionable force within CART, with 42 wins from 160 races.

The 1985 CART season saw Andretti astride the Lola T900, and he managed three wins and two poles in an extremely competitive field to finish in 5th overall for the Drivers’ Championship. Rather ironically, the CART series was quickly narrowing due to the increasing adoption of Lola chassis and Lola-developed technology—now used by other manufacturers, particularly March. While the proliferation of Lola within CART was a boon to Carl Haas as a businessman, it also washed away much of Newman/Haas Racing’s technical advantages from 1983 and 1984.

The subsequent Lola T86/00 would rest much of its capabilities on the same mechanical underpinnings as the previous T900, with substantial development devoted to the carbon-composite honeycomb monocoque, aerodynamics package, and rear suspension geometry. In particular, the Nigel Bennett and Eric Broadley design was highlighted by an entirely new sidepod shape which significantly improved downforce and air volume directed towards the car’s radiators and brakes.

While the CART-spec, turbocharged Cosworth DFX 2.65-liter V-8 engine was retained in the T86/00 for future successes, power was now put to pavement by a new five-speed transaxle developed in conjunction with Hewland. According to Lola Heritage, just 16 examples of the model were produced out of a planned 22.

The T86/00 would find the 1986 CART season tough going thanks to the new model from March, the 86C, dominating the year and taking 14 wins from 17 races. The season saw Andretti and the T86/00 open the campaign on pole at Phoenix, before falling down the order to finish in 7th. The new model truly excelled in clean air during qualifying with additional poles tabbed at Mid-Ohio, and Laguna Seca—but ran into great difficulty when drafting into race traffic.

Despite having been supplied to four additional teams, Andretti and Newman/Haas scored two of the 86/00’s three credited race victories, a true sign of Andretti’s incredible skill. Interestingly, neither of Andretti’s race victories in 1986 came from pole starts; at Portland on 15 June, he fought to the lead from 7th. One month later at the Pocono 500 on 17 August, Andretti surged to victory from 3rd on the grid.

Chassis 17, offered here, was one of several Lola T86/00’s supplied to the team during that season. This car was used in five races for the 1986 season. Its first outing came at Molson Indy Toronto, where Mario Andretti started 3rd and finished 3rd behind Bobby Rahal and Danny Sullivan, respectively. Its next race was the Domino’s Pizza 500 held at Pocono International Raceway where, despite starting 3rd with his son Michael Andretti securing pole, Mario Andretti would go on to win the race, leading 119 of the race’s 200 laps.

Its next race was the Molson Indy Montreal where Mario Andretti started 5th and finished 8th, having led 42 laps. Three weeks later at the Pepsi-Cola 250 held at Michigan International Speedway, Mario Andretti would start 10th and finish in the same position, with his day coming to an end with engine issues. This car’s last race of the 1986 season was the Circle K/Fiesta Bowl 200 held at Phoenix International Raceway, there Mario Andretti started 5th and finished 4th behind Michael Andretti, Danny Sullivan, and Bobby Rahal, respectively. Since the completion of the 1986 season, this car has remained a part of the Newman/Haas Racing collection. As presented today, the car is equipped with a 2.65-liter Cosworth DFX engine paired to a Lola-Hewland transaxle which routes power to a set of cast magnesium center-lock wheels shod in Goodyear Eagle tires.

Despite his very long and incredibly varied career across many of the world’s most significant racing series, very few of Mario Andretti’s competition-used chassis have been publicly offered for sale. This T86/00 represents a fantastic opportunity to acquire such a car, piloted by the legendary Mario Andretti in five races in the 1986 season. Boasting a race win and additional podium finish, it is offered directly from its one and only owner, the celebrated Newman/Haas Racing Team.